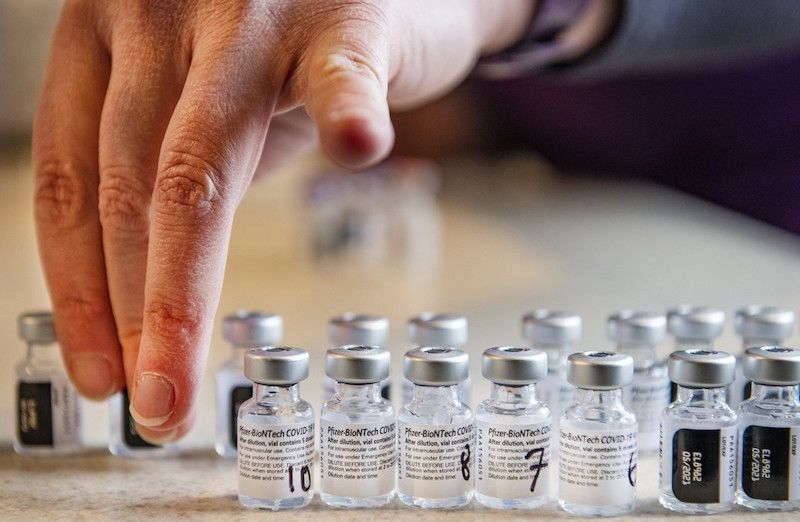 Hundreds of vaccine appointments are being wasted because of a glitch in the vaccination booking system.

Over a thousand appointments were wasted yesterday after healthcare workers scheduled for jabs had already been vaccinated but could not cancel.

A total of 1,329 healthcare workers were scheduled for jabs yesterday at Dublin’s Citywest vaccination centre, but only 757 attended, the HSE has confirmed.

Flaws in the system of scheduling frontline workers for jabs means people can often be eligible under more than one category or registered in more than one place, getting several appointments which are then wasted.

One pharmacist working in Dublin received the vaccine in Northern Ireland, but was later given four separate appointments at Dublin’s Aviva Stadium.

The number which sends out the appointment text messages cannot be replied to.

The pharmacist then spent over two hours attempting to cancel the appointment or have the name changed in order for a colleague to avail of the slot, without managing to speak to anyone despite calling many numbers.

A HSE spokesperson told the Examiner: “Issues arose because of the work underway across separate teams to finish the residue of Cohort 2 applicants. Work has now been undertaken to ensure that this does not reoccur.

“Where enquires were received people were told to accept the most convenient one. No vaccine was wasted as a result of this small number of double appointments.

“The HSE apologises for any inconvenience caused.”