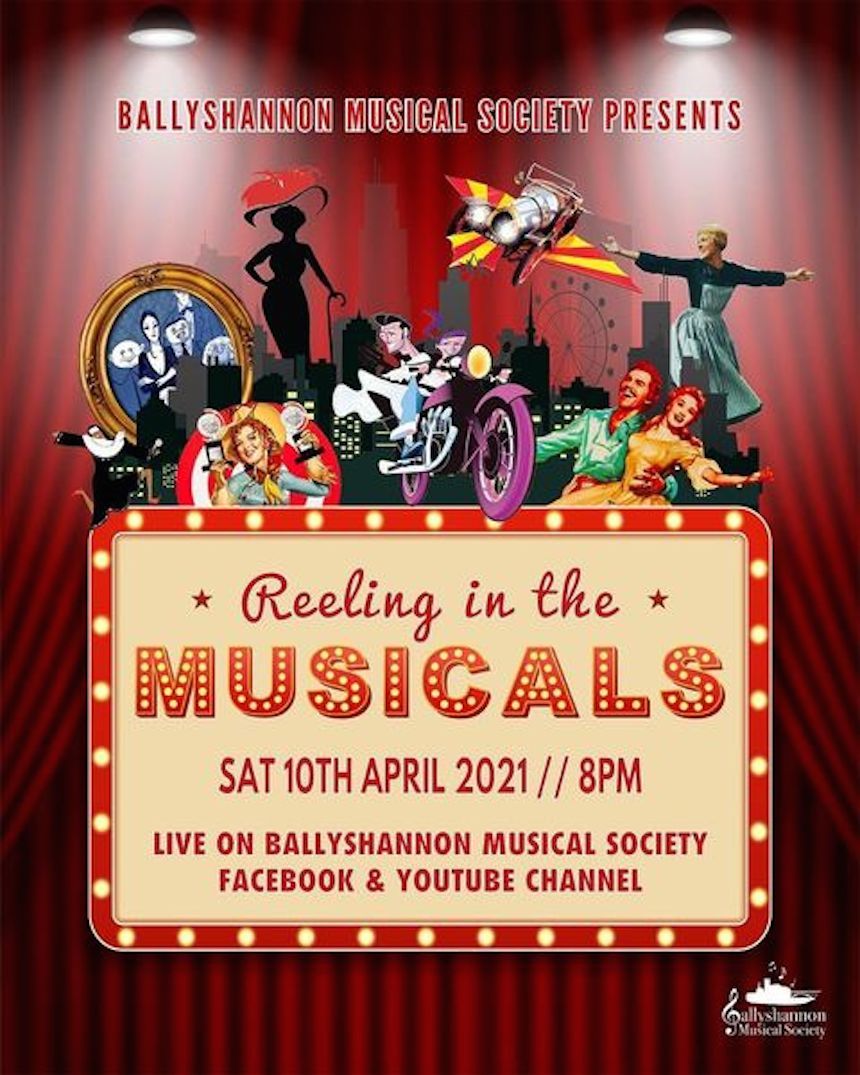 BALLYSHANNON Musical Society are going to celebrate some of their recent highlights with a special ‘Reeling in the Musicals’ next weekend.

‘Reeling in the Musicals’ will be held virtually next Saturday, April 10.

The show will celebrate the hit songs from the last ten years, including performances from cast members throughout the years.

The performances will relive some of the classic musicals such as ‘All Shook Up’, ‘Sound of Music’ and ‘Sister Act’.

Due to Covid-19, the Ballyshannon Musical Society weren’t able to put on their annual show this year.

“We decided we wanted to give the community something back,” a spokesperson said, “so we are holding a virtual concert from our past shows.

“We didn’t want to leave a book empty on this year and we thought a virtual concert was the only option. It promises to be a great night of entertainment.

“We have persuaded and cajoled members young and old to reprise their roles from musicals since 2010. We are thrilled with the results that have enabled us to bring back cast members from as far away as Canada and magically weave it all together.

“In a year where we heard all about restrictions, we decided that we would not let down the loyal patrons of Ballyshannon Musical Society.”