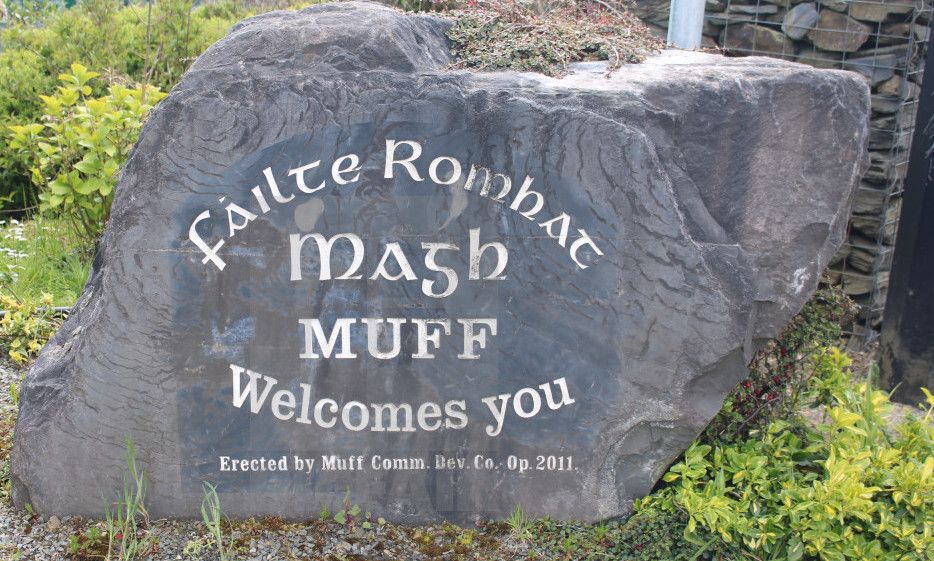 Muff crowned one of the world’s rudest placenames!

The Donegal village of Muff has gained a place on a list of the world’s rudest placenames.

The list, published by Euronews, counts Muff alongside some very unfortunate towns such as Condom, Bitche and Anus in France, Twatt in Scotland and Fugging (formerly F*cking), Austria. See the full list at: www.euronews.com

The Euronews Travel list gave Twitter users a good laugh on April Fool’s Day, and it even became a trending topic. 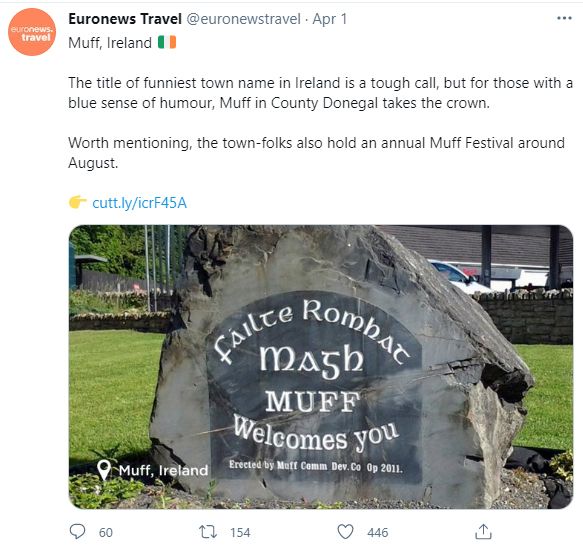 Residents of Muff are well-used to the attention that the name attracts every once in a while.

The border village gained a mention on Coronation Street just last month. Popular character Mary revealed she had an adventure with another woman in Muff, leaving viewers in stitches at the name.

And who could forget the excitement when BBC Radio One presenter Chris Stark embarked on an expedition to Muff for Red Nose Day in 2019. The visit saw Stark getting suited up with the Muff Diving Club and having a giggle at the Muff Barbers. 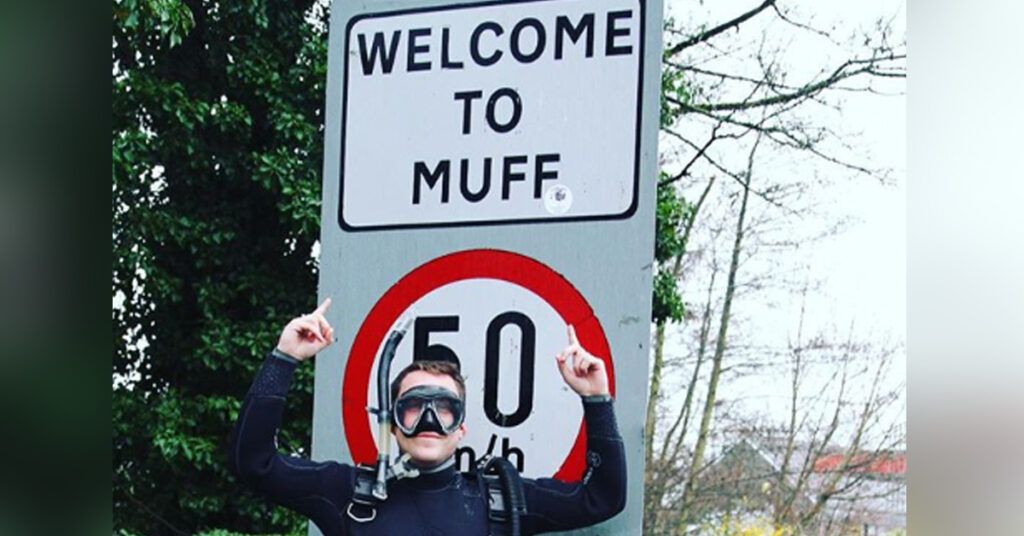 Muff crowned one of the world’s rudest placenames! was last modified: April 3rd, 2021 by Staff Writer