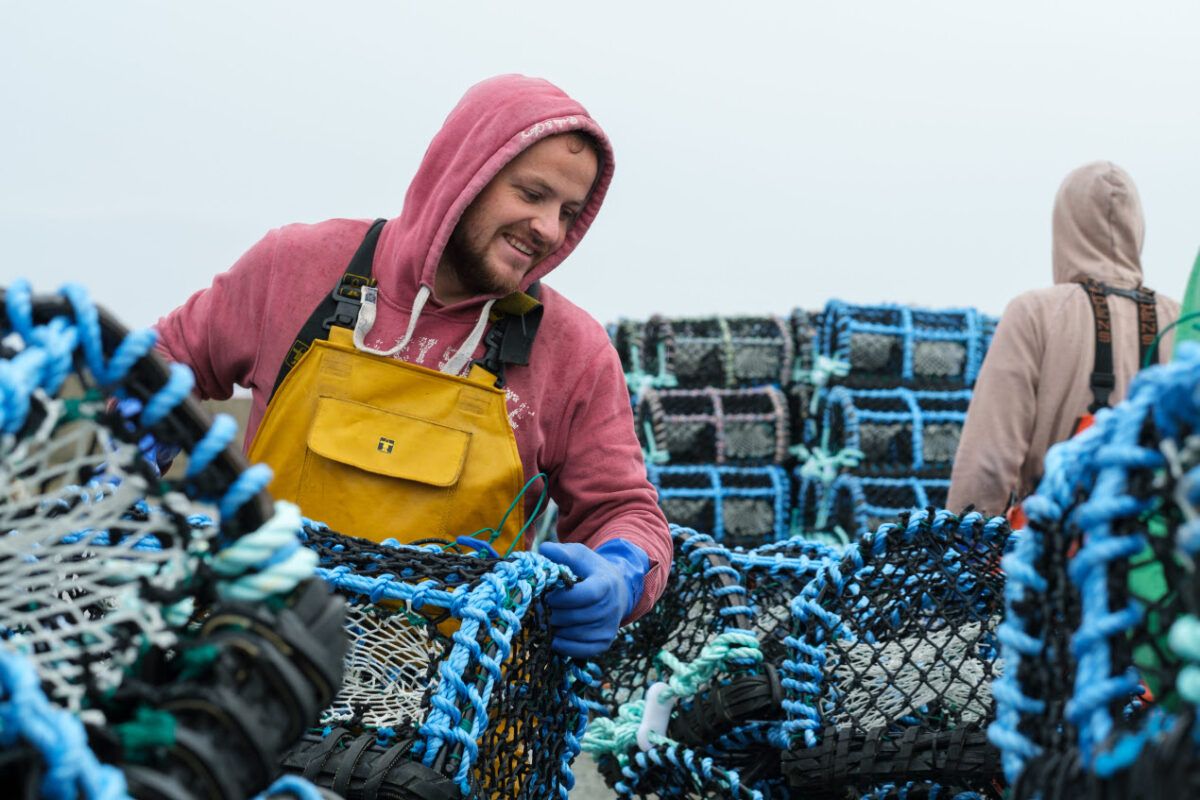 Donegal’s fishing heritage will be celebrated in a new two-part series beginning on TG4 this week.

Go Domhain san Fhuil will follow three of the few remaining boats that fish out of Machaire Rabhartaigh in the Donegal Gaeltacht.

Two of the boats, owned by John O’Brien and his son Colm, fish commercially for crab, and the third boat belongs to Peadar Coll. Fishing is an inter-generational activity in many Gaeltacht communities, including Magheraroarty in West Donegal.

The two part series will be broadcast on Thursday 8th April and 15th April at 7:30pm on TG4.

Because of government restrictions on fishing for salmon, and on the issuing of new fishing licences, very few boats now operate out of Machaire Rabhartaigh.

The O’ Brien family owns all three of the remaining full time boats, fishing for crab behind Toraigh Island, and off towards the Scottish coast.

The programme will show how it’s tough, unrelenting work, involving lifting, clearing, baiting and re-setting up to 3000 pots on a single trip that lasts between 36 and 48 hours. There’s little time for chat, and not a lot of time for breaks or for sleep, as the pots are hauled in and returned, often in difficult conditions.

John O’Brien skippers the Handa Isle, operating with a crew of three, including his son Seán. They fish for crab behind Toraigh as often as the weather allows, spending 36 hours at sea on a single trip.

John’s son Colm skippers the Aoibh Áine, a recently purchased crabber. It goes out on two day trips to Stanton Bank, off the Scottish coast. As the price of crabs is falling, the pressure is on to spend longer at sea, setting extra pots, just to remain in business and have a reasonable standard of living.

The third, smaller boat belongs to Peadar Coll, who has a licence to fish for lobster and crab around the Donegal coast, and who also does a bit of net fishing for pollock and wrasse – but as a pastime rather than a means to make a living wage.

In this programme, the locals recall the fishing season of old, when boats could switch from seasonal fishing of salmon to fishing for lobster and crab, as well as mackerel and white fish – when stocks had a chance to survive and replenish, and there was decent money to be made.

The banning of salmon fishing in 2007 was the beginning of the end for many Gaeltacht fishing communities all over the country, and the ending of a traditional way of life that had lasted for generations. With fewer opportunities, the young people of the Gaeltacht find work elsewhere, and traditional fishing skills are lost, a vicious circle of neglect and decline that makes it hard to imagine a future for fishing in this most marginal of communities.

While the decline in the number of boats fishing locally is impossible to deny, what’s harder to shake is what’s ‘in the blood’, the generational instinct to fish the Atlantic, whatever the circumstances.

The series is made with the support of the Irish Language Broadcast Fund of Northern Ireland Screen.