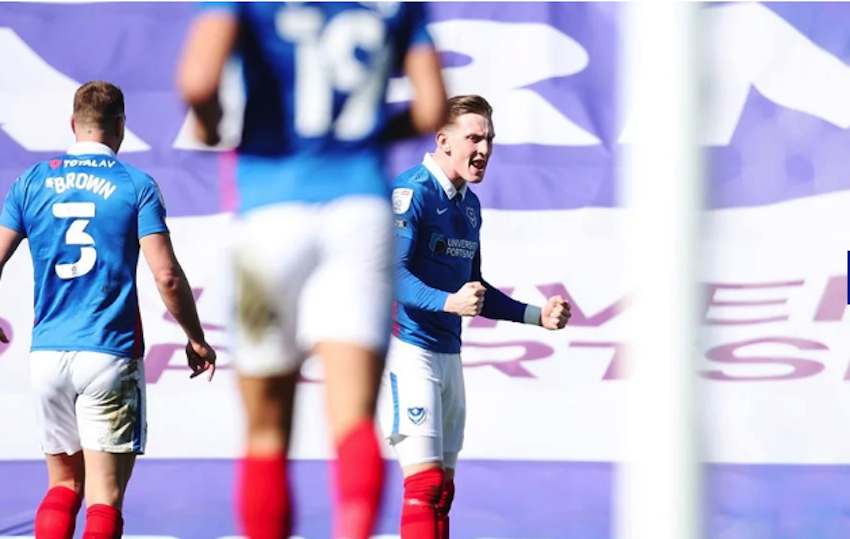 RONAN Curtis enjoyed being at the centre of attention last night as Portsmouth overcame Rochdale.

Curtis netted in a 2-1 win for Pompey at Fratton Park after being given a central striker’s role.

The St Johnston man usually plays on the wing, but absentees left Portsmouth shy – and Curtis bagged a seventh goal of the season in the win.

“I don’t really mind where I play – on the left or through the middle – as long as I can help the lads,” Curtis said.

Ryan Williams put Portsmouth ahead and Curtis drilled into the bottom corner before half-time.

Curtis said: “We’ve worked in the past few days on getting Crackers (Jacobs), Marcus and Willo (Williams) on the ball and finding those little inside passes for me to run onto.

“It was a good delivery to me and I think the shot went through the defender’s legs and into the bottom corner, so I was pleased.

“I like to be up against the full-back when I’m out wide and this time I was battling with the centre-halves.

“But I need to keep working hard for the team and for the management and make sure I keep contributing.

“We know that Rochdale like to play out and they’re a good team, but we showed character to see the game out.”

Jake Beesley scored a late consolation for Rochdale, but Portsmouth hold onto fifth spot in League One, with nine games to go.

Last night’s was their third win in a row and Curtis said: “We know what we want to do and the aim is to get promoted, but we can’t get ahead of ourselves.

“All we can do is keep winning and not worry about the sides around us in the table. We have to do our job.

“It’s three wins in a row for us now and we’re moving the ball around crisply, so of course it’s exciting.”