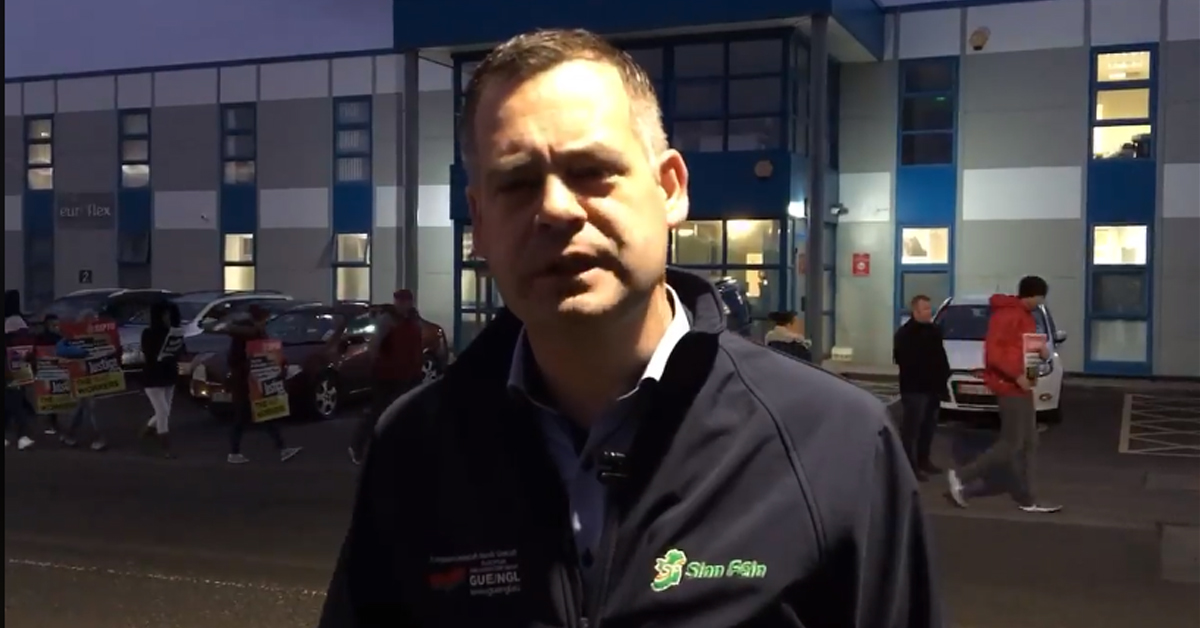 Sinn Fein Deputy Pearse Doherty is to tell followers that the country has never been closer to a united Ireland.

The Gaoth Dobhair man will today address the annual Easter Commemoration at Drumboe.

And Deputy Doherty will use the occasion to push forward his party’s insistence that the desire is growing for a border poll.

He will tell his party followers “The discussion around a United Ireland has gathered momentum. We have never been as close to a new and united Ireland as we are now. The desire for a border poll is growing.

“And, as Republicans, it is our job to convince our unionist brothers and sisters, people of all faith and none, that a new and fairer Ireland is nothing to be afraid of.
We must explain the vision.

“A new, modern and united Ireland, is about more than adding the north to the south.
For Sinn Féin, for Republicans, it cannot and is not simply about a 32-county free state.

“The vision is more fundamental than that. We support a new republic.

“The republic of Tone and Connolly, Markievicz and Farrell, Sands and McGuinness. And that new Republic is achievable.”

Deputy Doherty will tell those in Drumboe that he was proud to publish our economic paper on Irish Unity earlier this year.

“This debate on the constitutional future of the island has been turbocharged by Brexit.
Brexit has exposed the democratic deficit at the heart of the Union.

“Despite the majority of the electorate in the north choosing to remain in the EU, they have been dragged out against their will.

“But this is only the latest example of a state of affairs that is not working.

“When we trace the economic history of this island, partition should be recognised as a failed experiment.”

His speech will tell those gathered in the Twin Towns that the industrial engine of the North East that existed before partition is long gone.

And he will tell those in Drumboe that Sinn Féin’s vision of Irish Unity is one of equality, inclusion and respect.

Doherty will make his full address the Drumboe Easter Commemoration at 5pm today.