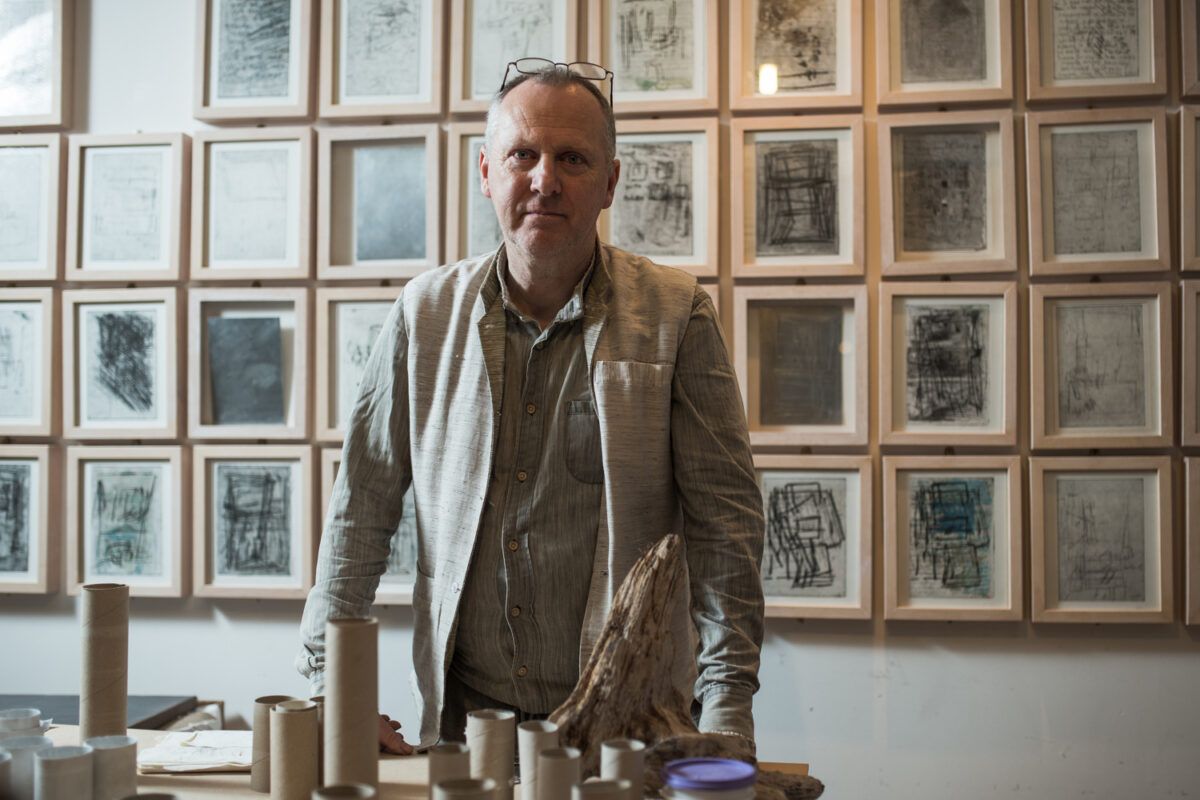 A Donegal-based is to feature in Samhlú, a new series on TG4.

Samhlú is a new cultural partnership between the Irish language channel and the Department of Tourism, Culture, Arts, Gaeltacht, Sport and Media’s Creative Ireland Programme.

Samhlú – Croí Cruthaitheach a season of twelve commissioned abstract short-films featuring artists and creatives is the second phase of the cultural project is available to watch on the TG4 player https://www.tg4.ie/Samhlú

The short films are a visual and audio experience depicting the artistic process of some of Ireland’s hidden creatives. These are our unique and vibrant artists, makers and doers, based in our towns, our villages throughout Ireland.

Through these films, the viewer will gain a new and detailed perspective on how the artist prepares and develops their work in an intimate stylised form. Here is a taste https://youtu.be/pZBJPXnwYx4

Among those featured is artist Ian Joyce.

Ian was born in Dublin in 1961. At the age of 16 he won a 2 year scholarship to study at Lester Pearson College of the Pacific, on Vancouver island. He did an arts degree in Belfield UCD (1979-1981)and attended the Hoch Schule der Kunste in west-Berlin and the Frei Universitat (FU) in Dahlem.(1982-1983).

He is a creative artist whose activities extend to music, and architecture.  Ian now lives in Mín a’ Leá in Donegal where he founded Cló (www.clo.ie) – an international art and media centre in Co. Donegal- he is known for his paintings, prints, sculptures, installations and short films.  He combines traditional media with a critical and open-ended approach to contemporary art, choosing elements which match the cross cultural and indigenous contexts in which he works.

His work has been exhibited widely internationally, in Italy, Spain, France, Germany, Portugal, the Czech Republic and Bosnia as well as in the south Caucasus (Georgia and Armenia).  He has also made solo exhibitions and performances in Taiwan, Japan, and Korea.