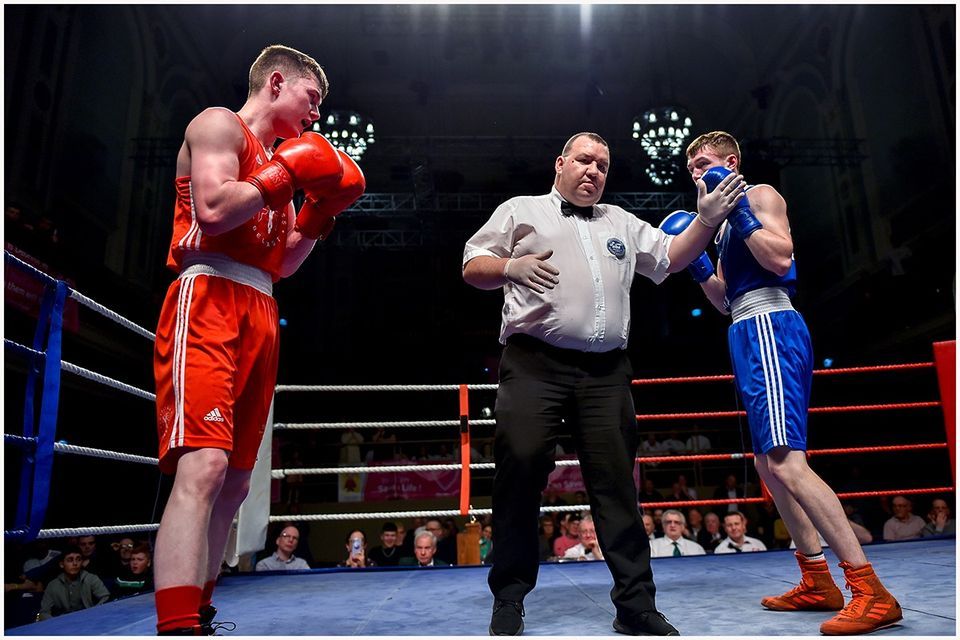 DONEGAL boxing referee James McCarron is involved in a series of test matches in Jordanstown over the next few days.

A training camp and a round-robin competition is being attended by boxers from Ireland, France, Italy and Great Britain.

Boxers assemble today at the Ulster University campus today with the series to last until Monday.

Carrigart referee James McCarron is one of the referees and judges who will officiate.

McCarron has officiated at several top tournaments in the past, including the 2014 European Youth Championships and the Black Forest Cup in Germany in 2018.

McCarron has taken charge of fights at several internationals and is a regular man in the middle at Championships in the National Stadium.

This weekend’s series in Jordanstown is being used in preparation for a European Olympic qualifier, which is expected to take place in June.