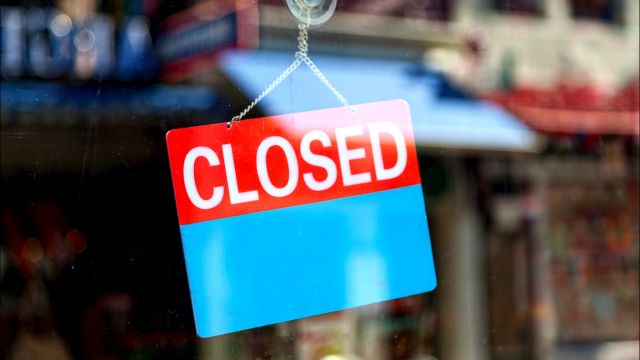 A takeaway in Co Donegal has been served with a closure notice by the Food Safety Authority of Ireland.

It is one of five served on food businesses during the month of March for breaches of food safety legislation.

The Indian takeaway was the Bay View (Take Away), Main Street, Carrigart was served with the closure order under the FSAI Act, 1998

In a report on its closure, parts of the premises were described as “filthy” by the inspector who recommended the entire premises be closed.

The following is the report of the takeaway by the FSAI.

1. Cleaning & Sanitation – The premises were filthy throughout at the time of inspection. Food debris was noted on the floor of the main food preparation area and grease, dirt and food residue was noted on food contact surfaces, walls, and shelving in all areas of the business premises.

2. Cleaning & Sanitation – The Staff WC was filthy and there was a significant pool of liquid on the floor around the toilet.

3. Cleaning & Sanitation – Flyscreens affixed to the rear external door and to the window in the kitchen that opens into the street to the front of the premises were filthy with grease and numerous dead insects.
REG 852/2004
Annex II Chapter V (1)

4. Cleaning & Sanitation – The internal surfaces of equipment including refrigerators, a microwave oven and numerous re-used plastic food containers were filthy at the time of inspection.

5. Cleaning & Sanitation – The ventilation canopy over the cooking equipment was filthy with grease and grime at the time of inspection.
REG 852/2004
Annex II Chapter IX (3)

6. Food Storage – There were no food stock control procedures and many food items in chilled and frozen storage, including cooked doner kebab meat and cooked chicken tikka pieces had no indication of durability. Staff were unable to confirm the age of food held in stock on the premises. Unfit, mould-covered chicken tikka paste was noted in storage adjacent to other open, uncovered foods and ingredients in the fridge nearest the front window of the kitchen. Uncovered foods were noted in storage in several refrigerators and in a freezer at the time of inspection.
REG 852/2004
Annex II Chapter XII (1)

7. Training and Supervision – Food handlers at work in the the premises had not received food hygiene training commensurate with their work activity and were also not being supervised at work with the consequence that dangerous work practices were clearly evident at the time of inspection. No training had been provided to staff in respect of personal hygiene policies and procedures with the result that handwashing procedures on the premises were entirely inadequate.

Commenting today, Dr Pamela Byrne, Chief Executive, FSAI, emphasised it is the responsibility of the food business owner to ensure that their food business is operating in line with the legal obligations and requirements under food law.

“The Orders served represent a disregard for compliance with food legislation which has been put in place to protect consumers. It is wholly unacceptable that some food businesses are choosing to operate outside of the law and also that they did not register their business before they started operating.

“All food business owners, big or small, whether trading from a business premises, in the home, from a mobile unit, food truck and/or online, must be registered and must be operating in line with food safety and hygiene legislation. It is the responsibility of the food business owner to ensure the food they produce and sell is safe to eat, and that consumers are not misled.

“No matter where, how or from whom consumers buy food, it must be safe to eat, produced in an approved or registered food establishment and comply with food law. If a consumer is unsure or suspect there is an unusual activity being demonstrated by a food business, they can contact us via our online complaint form at https://www.fsai.ie/makeitbetter/ and we will investigate,” said Dr Byrne.

Details of the food businesses served with Enforcement Orders are published on the FSAI’s website at www.fsai.ie. Closure Orders and Improvement Orders will remain listed on the website for a period of three months from the date of when a premises is adjudged to have corrected its food safety issue, with Prohibition Orders being listed for a period of one month.