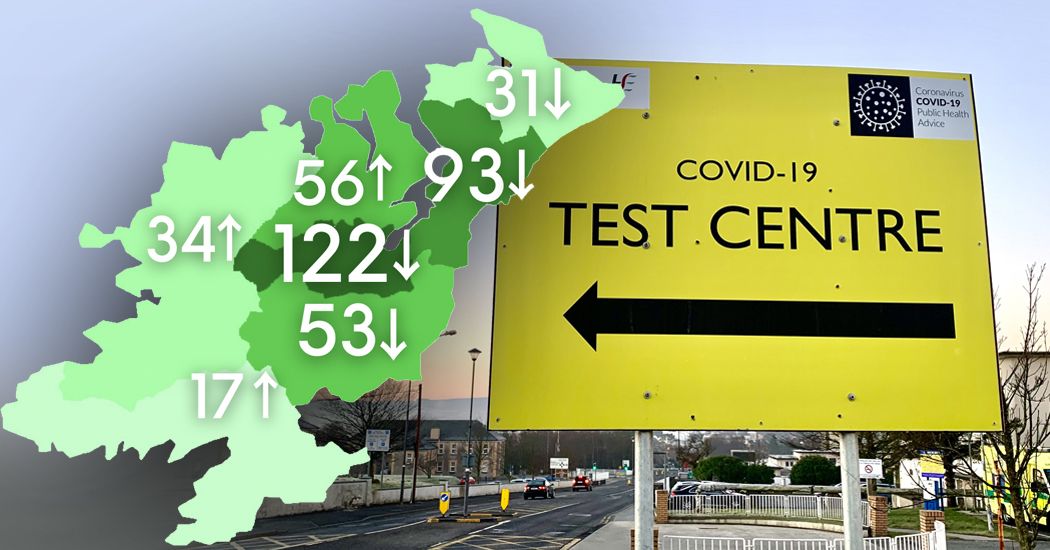 Letterkenny and Milford have Ireland’s fourth and fifth highest Covid infection rates, according to new data from the Department of Health.

Concern continues to surround parts of Donegal, where the incidence rates are up to two and a half times the national average.

The Department of Health has released data this evening showing the spread of the virus in each of the seven local authority areas (LEAs) in Donegal between 23rd March and 6th April 2021.

Letterkenny LEA has Ireland’s fourth highest rate of transmission. The area recorded 122 new cases in the past two weeks, down from 124 in the previous period. The 14-day incidence rate is 409.5 per 100,000.

Milford has the fifth highest incidence rate in the country at 406.7 per 100k of the population.

Here is a look at the situation in all Donegal LEAs between 23rd March and 5th April 2021: 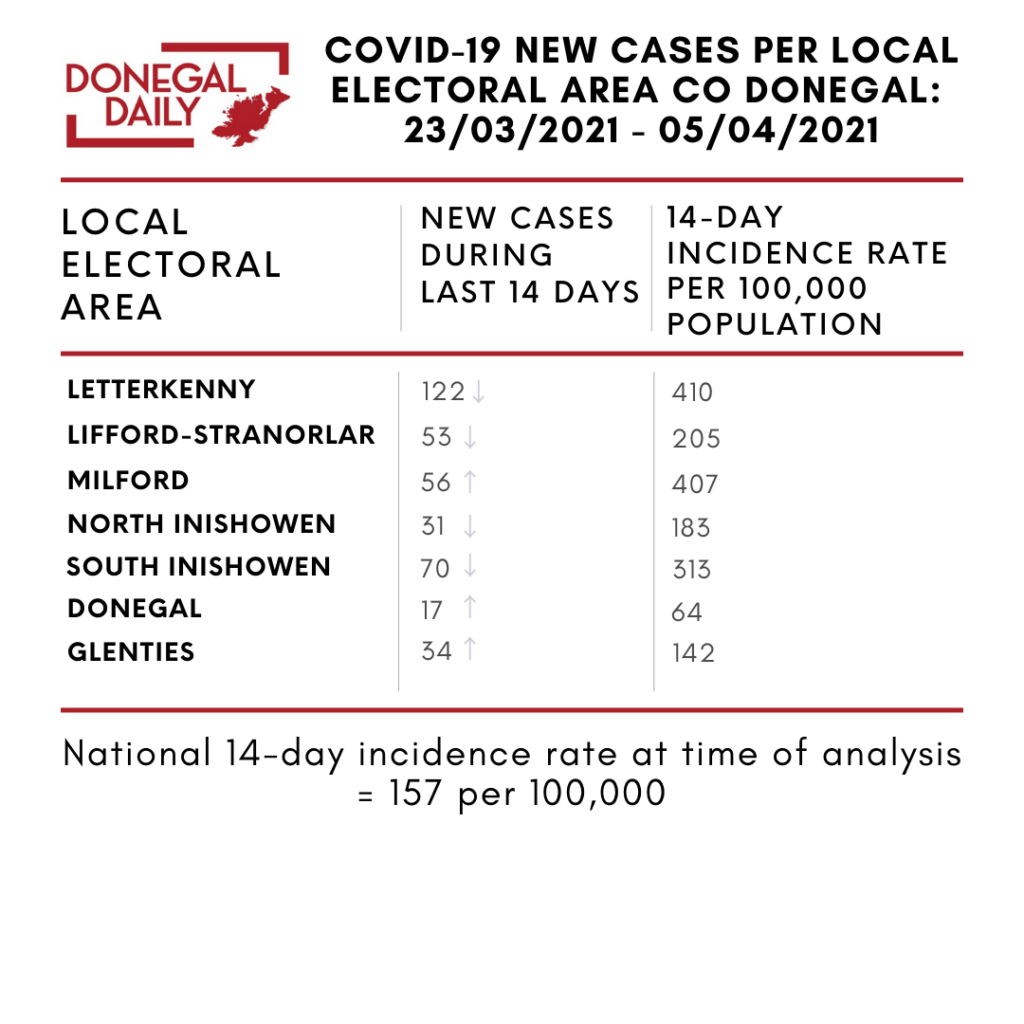 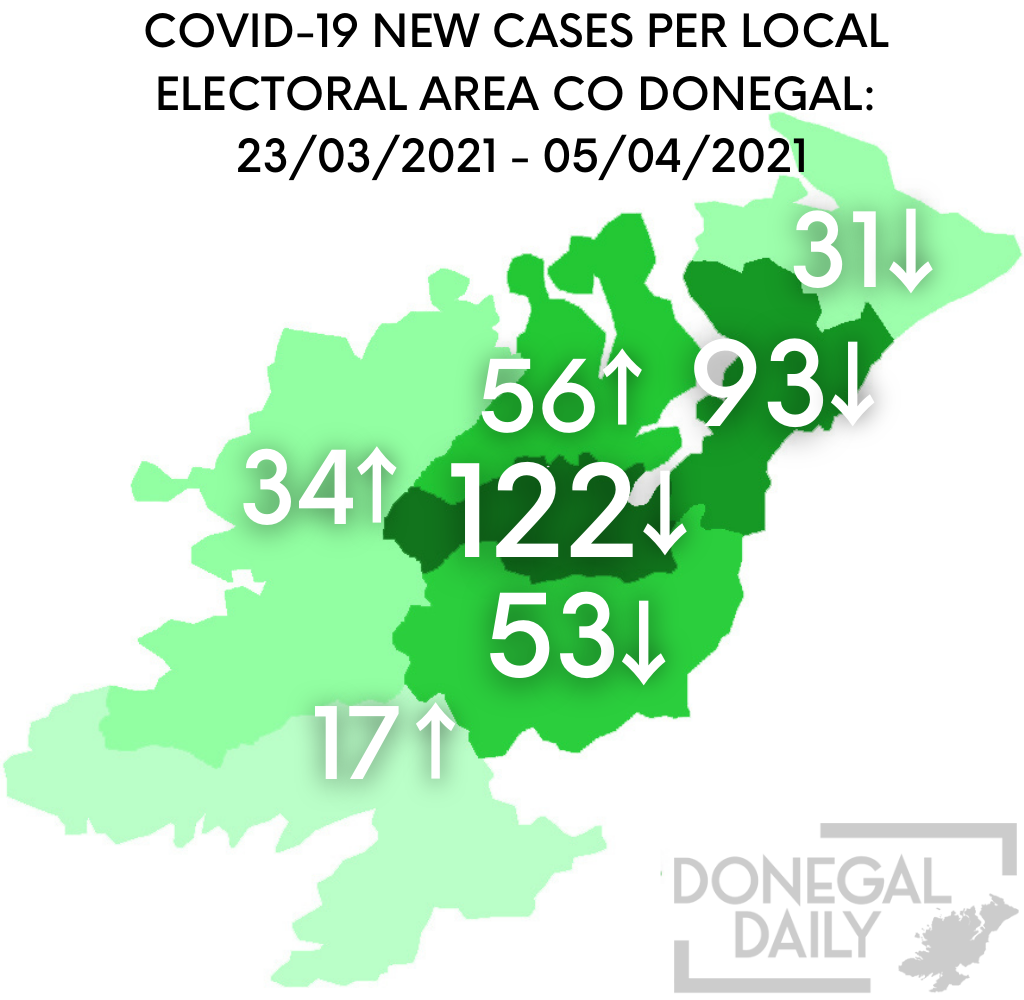