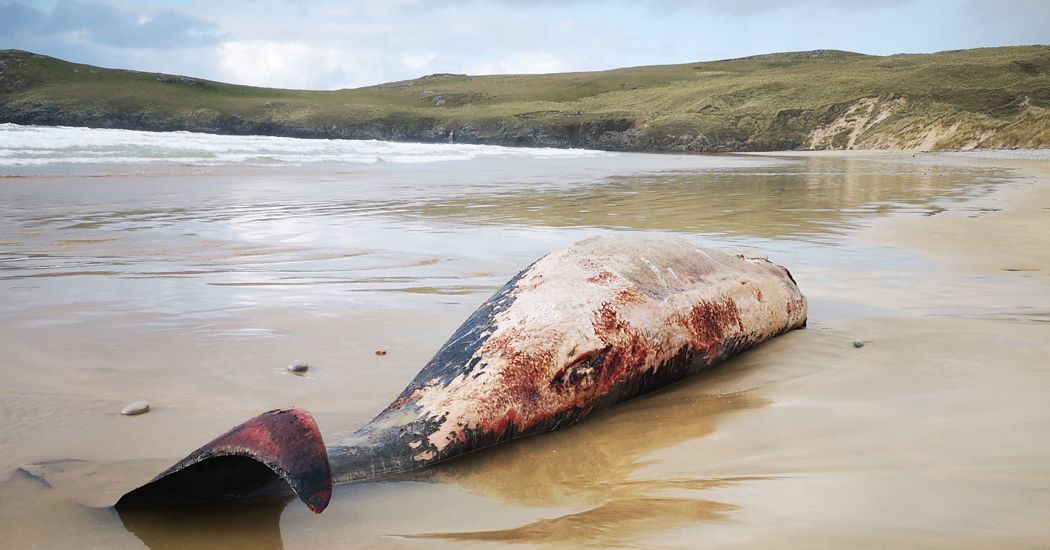 Three whales have been found dead on one of Donegal’s best-loved beaches.

The three large carcasses were discovered on Tra Mór, Dunfanaghy this afternoon.

Local walkers who came across the sad scene said the three bodies were badly decayed and punctured. It is believed that the remains have been there for a number of days.

The carcasses measure on average 6ft, 10ft and 12ft. 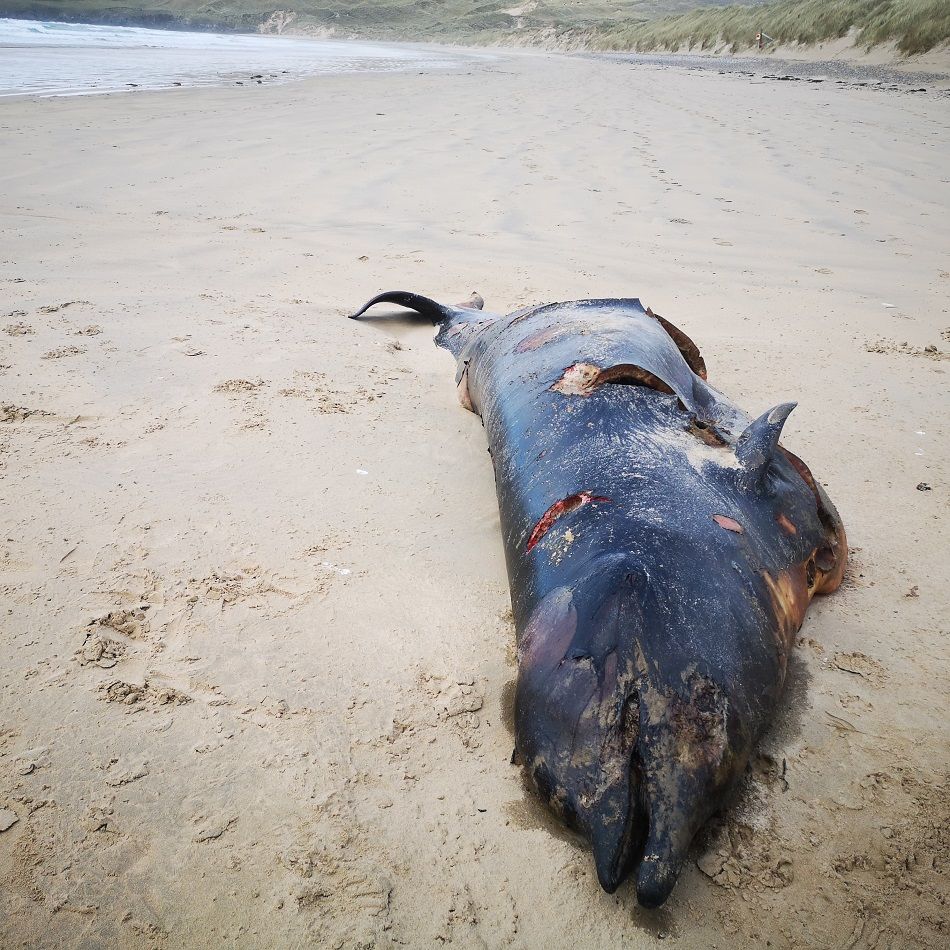 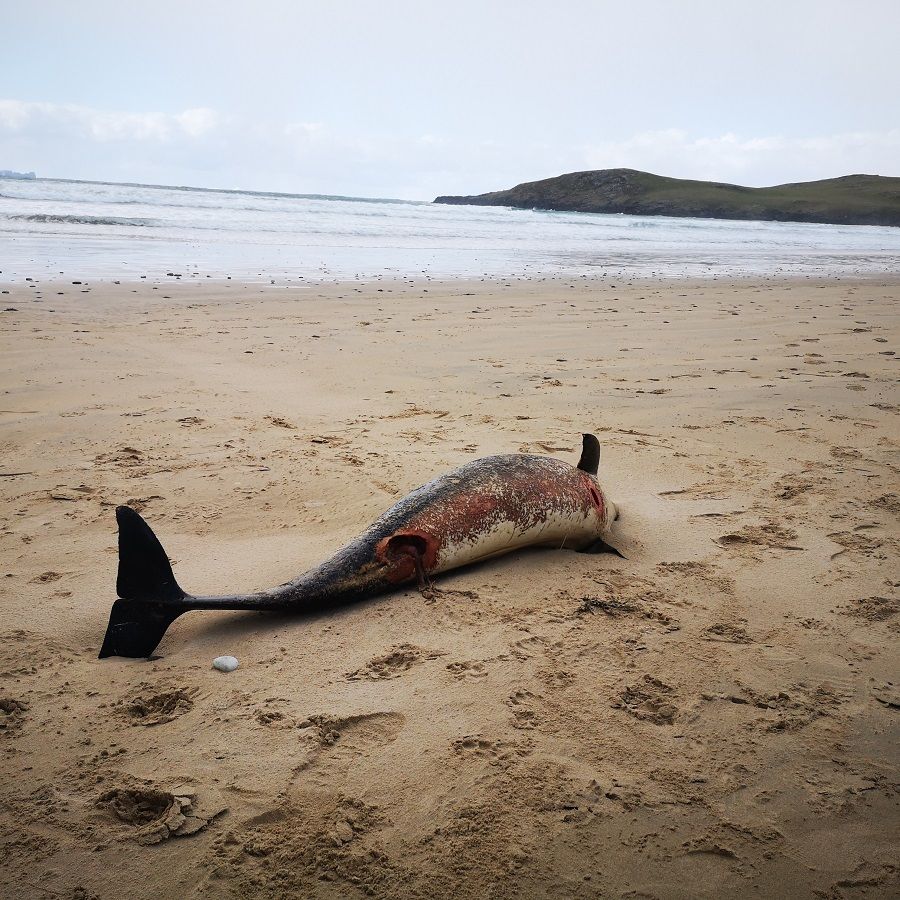 The species is believed to be a Cuvier’s beaked whale.

They are distinguished by their conical shaped head, broad body and a compactly curved dorsal fin. Males can be extensively scarred along the body, particularly around the head from wounds inflicted by competing males of same species. 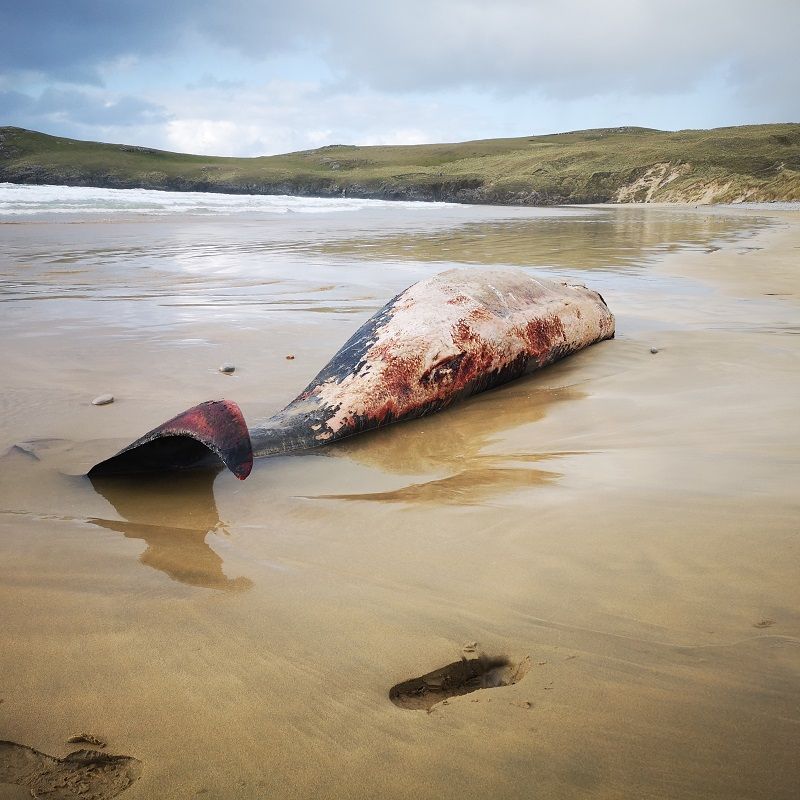 Tra Mór beach made the headlines already this week after being listed as one of Ireland’s 10 best beaches by the Lonely Planet travel guide. The secluded beach is accessed only by foot, and stretches for two miles.

Swimming from Tramore beach is not recommended because of very dangerous currents and rip tides.