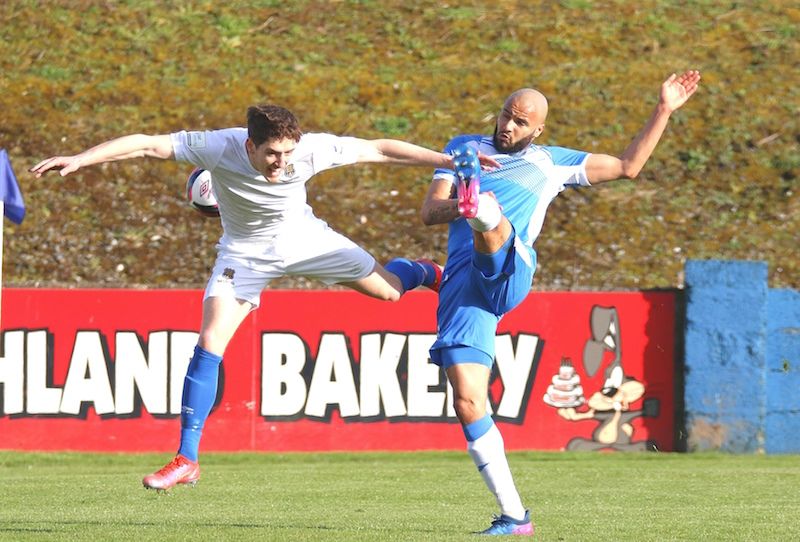 With 92 minutes on the watch, Webster fired high to the net to seal a precious win for Ollie Horgan’s men.

Harps are unbeaten and share top spot with St Patrick’s Athletic after Webster’s heroics pierced a dagger through the hearts of Kevin Sheedy’s Blues.

Waterford didn’t clear Barry McNamee’s corner and the ball fell to Webster, who was the picture of cool as he picked his spot beyond Brian Murphy, the Waterford goalkeeper.

In-form Adam Foley netted just before half-time, to cancel out John Martin’s opener for Waterford and it looked as if a share of the spoils was on the cards – until, with the clock in the red, Webster pounced.

Harps fell in arrears when Martin headed home in the 35th minute, but Foley stepped up for his fourth goal in as many games. 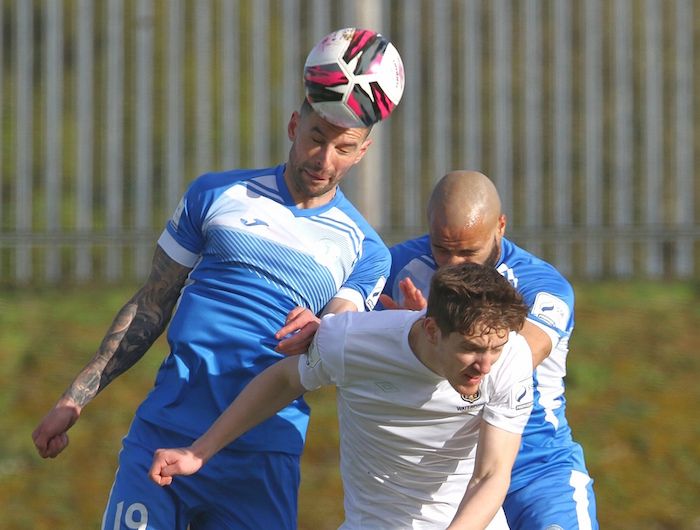 Foley was forced out of the action 20 minutes from the end with what appeared to be a hamstring injury. Harps will hope that the diagnosis isn’t too serious, given that the Dubliner has already bettered the three League goals scored by Mark Russell, their top scorer in 2020.

At 61, Sheedy is in his first permanent role as a senior team manager. The League of Ireland is a world away from the Stadio Sant’Elia in Cagliari, where he created history as the first Irish player to score a World Cup finals goal, netting a famous equaliser against England at Italia ’90.

Sheedy cuts a composed and relaxed figure in the dugout but he was the picture of frustration as he left the stage.

Waterford took a deserved lead ten minutes before the break. Martin – instrumental in the move that led to the awarding of a free kick on the stand side – rose, unchallenged, to meet Jamie Mascoll’s set piece. Harps pride themselves on defending set pieces and it will certainly be a moment that will have irked Horgan. 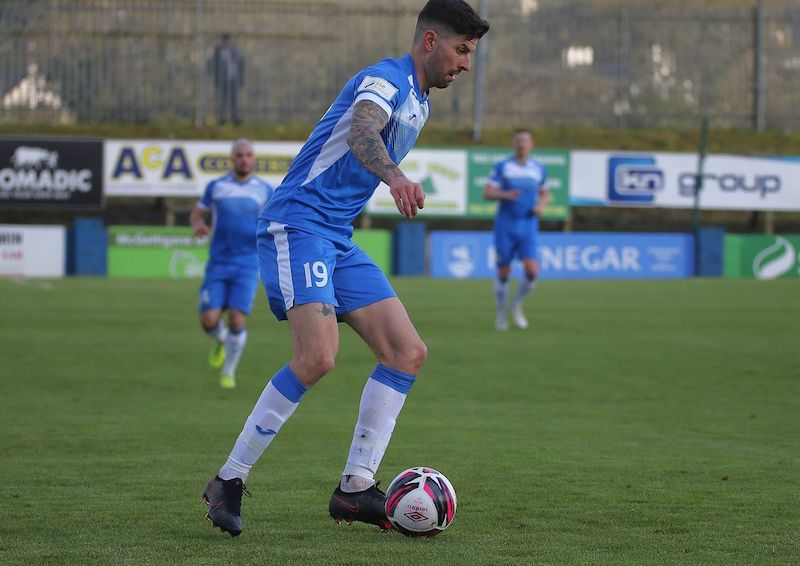 However, Harps were level within seven minutes. Barry McNamee’s clever run in behind opened the possibilities. McNamee and O’Sullivan combined to tee up Foley, who made no mistake with a clinical finish to draw Harps level.

Lifted by an impressive win at Derry, Waterford arrived in Donegal without the suspended Oscar Brennan on their second voyage to the north-west inside a week.
Tunmise Sobowale – who spent the second half of the 2018 season at Harps – came into the visitors’ line-up.

Horgan kept faith with the same eleven for a third successive game – a rarity in his tenure in the Finn Park hotseat. It was a sure sign, though, of a side in good fettle, with Harps having entered the weekend’s series of games looking down from the summit.

Harps cried foul in the opening minutes when Dave Webster was clipped high by a boot in the penalty area, but referee John McLoughlin deemed the Harps man to have been low with the head. 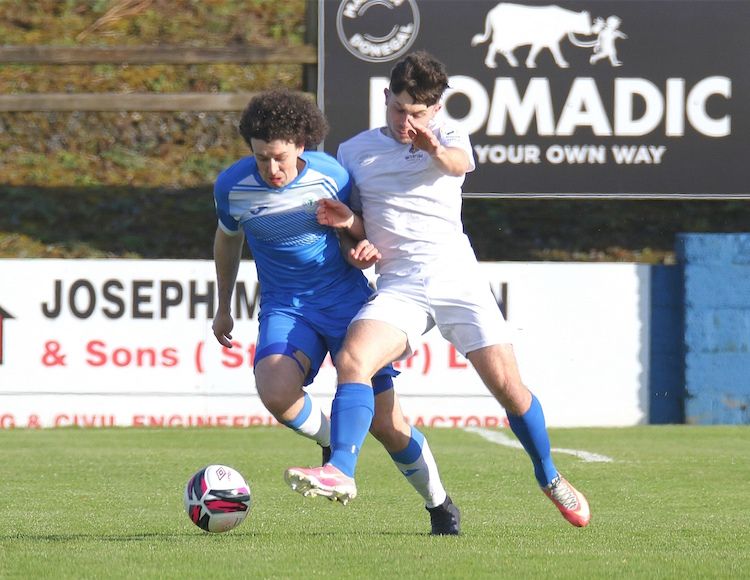 Webster was in the wars in the first half, with the Dubliner being forced to change his shorts after one robust coming together. Fourth official Damien McGraith took issue with Webster donning shorts bearing the number 9, that worn by substitute Sean Boyd, prompting Horgan to remark: “This isn’t Manchester. It’s Ballybofey!”

Harps had penalty claims when Foley appeared to have been chopped down in the area, but their appeals fell on deaf ears.

Waterford had a glorious chance when former Ireland striker Daryl Murphy got on the end of a cross, but his header was tamely delivered into the chest of Mark Anthony McGinley.

Will Seymore called Murphy to action 12 minutes from the end while Mark Coyle’s low drive was held well by Murphy as Harps went in search of a winner.

A timely intervention by Isaac Mulowayi denied Karl O’Sullivan the chance to become the hero.

There was little time left – but enough of it for Webster to keep Harps flying high.