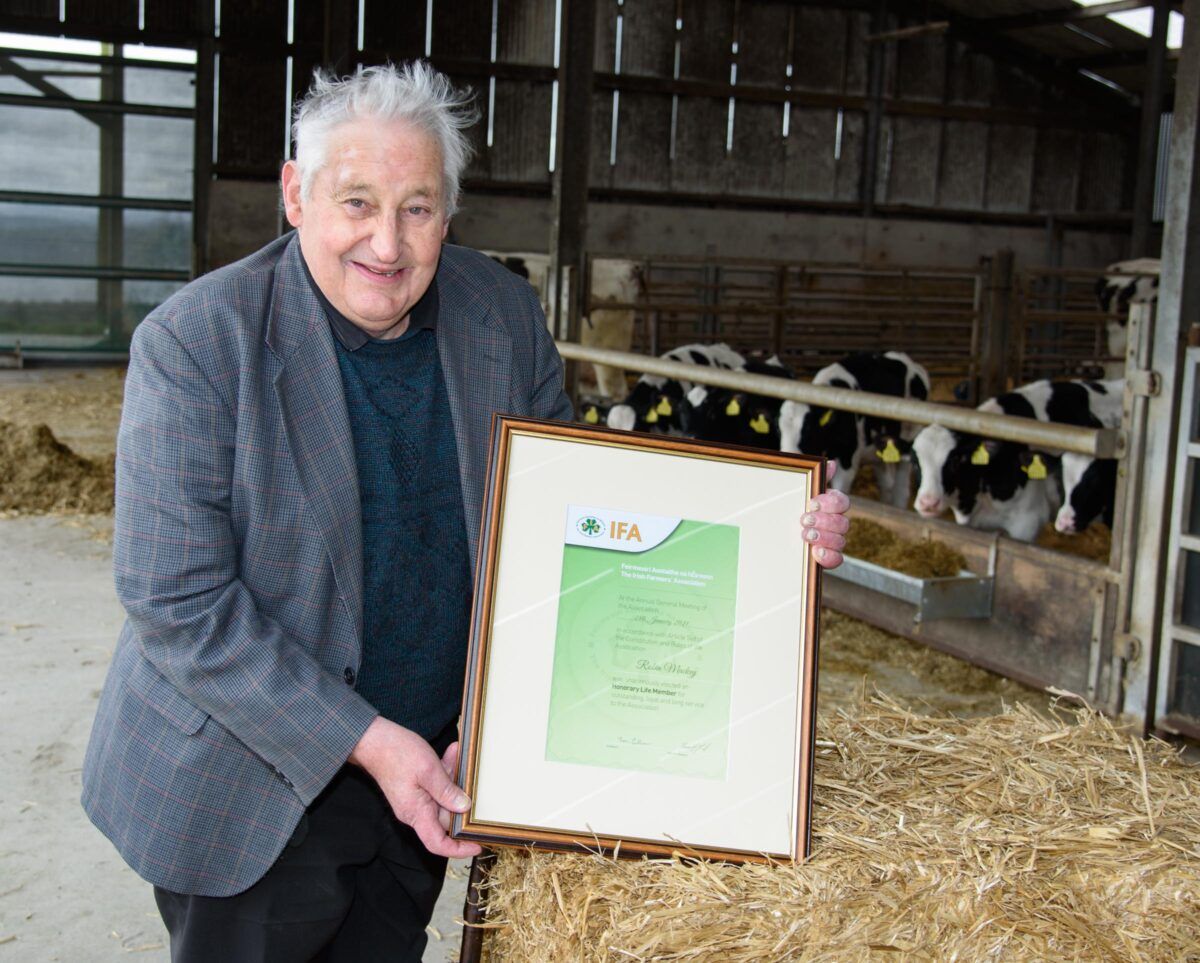 The Donegal branch of the Irish Farmers Association (IFA) has honoured one of its most loyal members this week.

Robin Mackey has been bestowed with an Honorary Lifetime Membership for outstanding, loyal and long service to the organisation.

Robin is a past Chairman of Muff IFA Branch and also represented Donegal on the IFA Animal Health Committee. 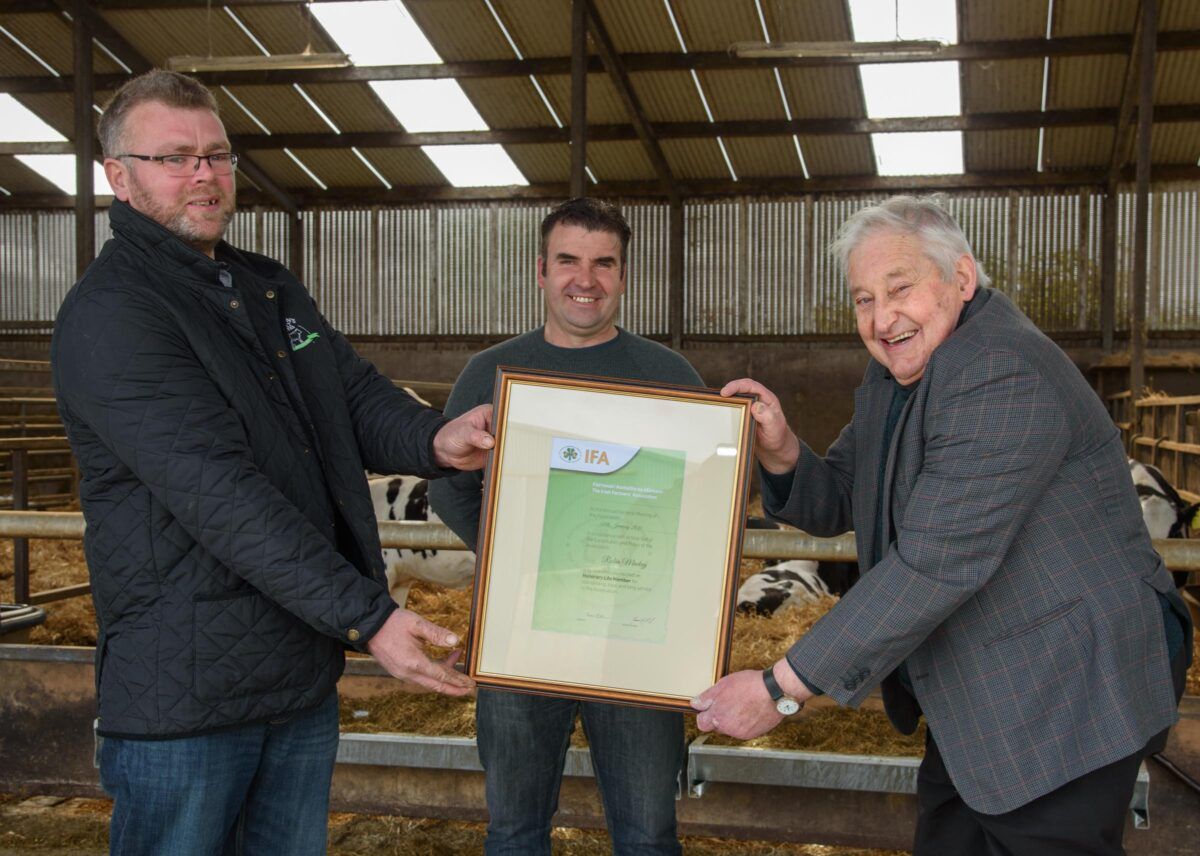