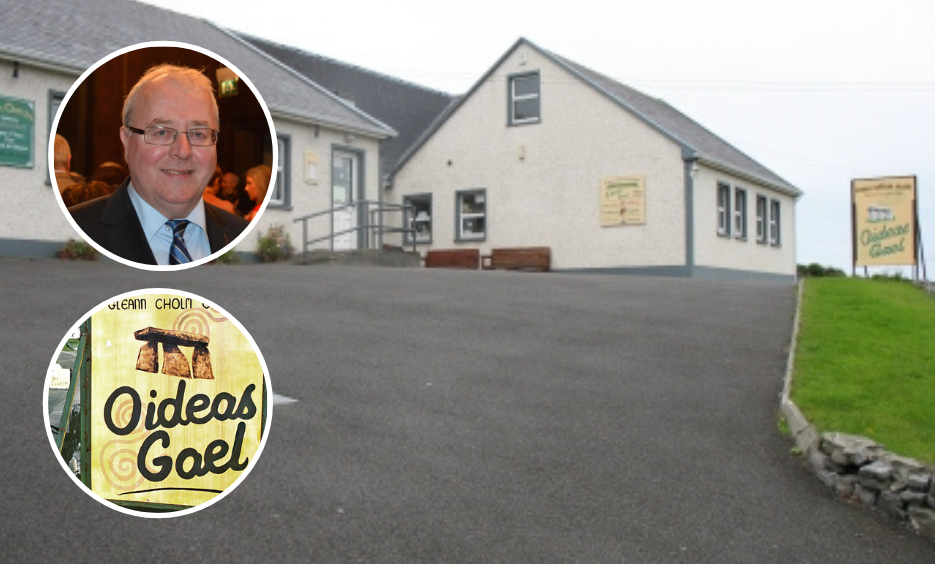 LIAM Ó Cuinneagáin has seen quite the evolution since helping to set up Oideas Gael 37 years ago.

In the summer of 1984, Ó Cuinneagáin returned from Dublin, where he had worked as a teacher, to his native Glencolmcille and established Oideas Gael, an Irish language and cultural centre.

There have been many challenges, but few arrived with the force of the Covid-19 pandemic 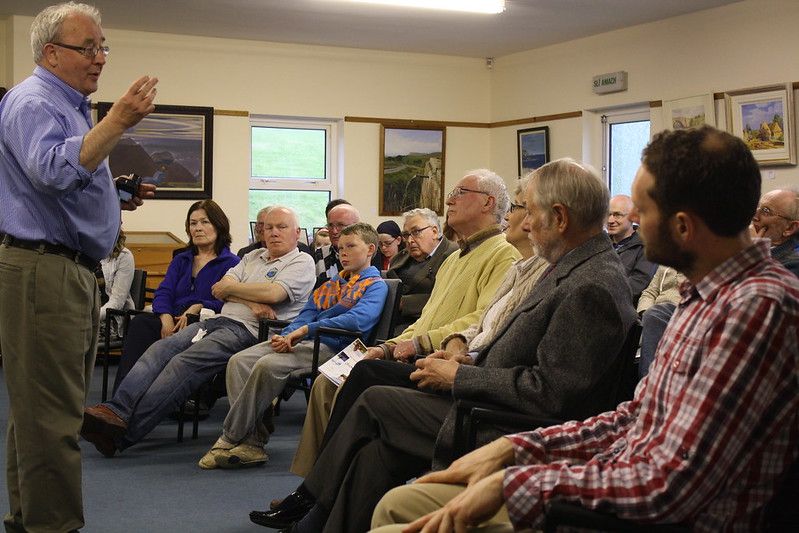 Ordinarily, in the region of 1,500 visitors would be in Glen to take part in the many courses.

Last summer, Ó Cuinneagáin estimates that only 90-120 ventured over Cashel Hill in person.

Yet, the last year has actually served to widen the appeal of Oideas Gael in many ways.

The remnants of a summer lost were acutely felt in the area when, by a stroke of what Ó Cuinneagáin terms ‘good fortune’, Oideas Gael enlisted the help of Ronan Doherty from Straleel in Carrick. A graduate of Maynooth University and an IT whizz, Doherty helped to put Oideas Gael’s courses online, with the assistance of Siobhán Ní Churraighín, and administrative employee at Oideas Gael.

“Even the archaeology school is online,” Ó Cuinneagáin says.

“We hadn’t done the online courses before, but now everything is online if people wish to go down that road. Ronan has been out and about with cameras and all the equipment and you can even do the archaeology site visits online now.”

In 2019, then Taoiseach Leo Varadkar was in Glen and Ó Cuinneagáin says the place was ‘buzzing’ that year. 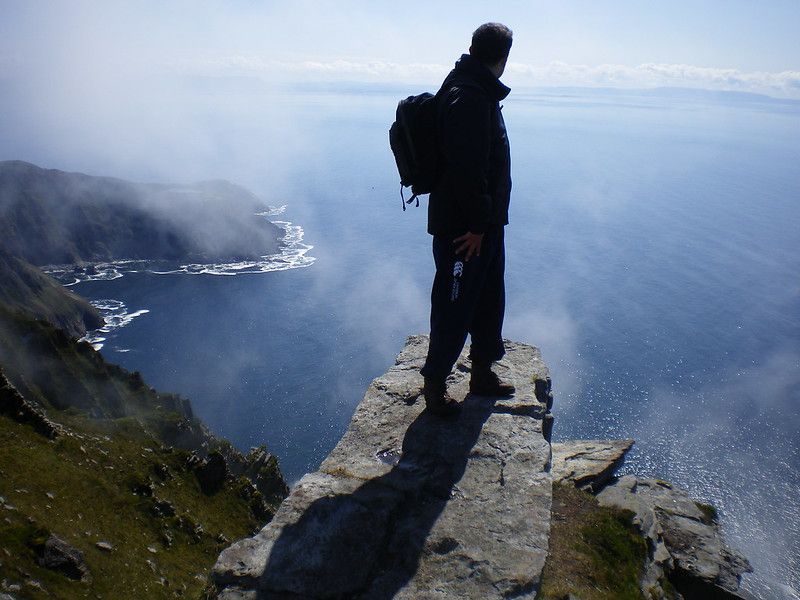 He says: “Courses were flying and we were looking ahead with less promotion to be done because it was self-generating. The people were coming back.”

The online element has become a ‘phenomenon’ according to  Ó Cuinneagáin.

Two weeks ago, someone checked in from Hong Hong. They’ve had clients from New Zealand and America.

“This can be an effective form of marketing,”  Ó Cuinneagáin says.

“If we produce the business for these people online and they enjoy the experience, it’s maybe more likely that they’ll want to come to attend in person. We would love to have these people coming for the social elements in Glen in the future.

“Going online like this has levelled the pitch for us. In something like this, you have to work on wee advantages: ‘Where can we gain an advantage?’ We have been keeping our online classes small, maybe working with 12-14 people. It means that the tutor can give better attention to the learner.”

Links with universities in Washington, Milwaukee and Pennsylvania have been established – and are also proving a big hit.

However, working from remote Glen has brought a downside of the infrastructural needs of the area. 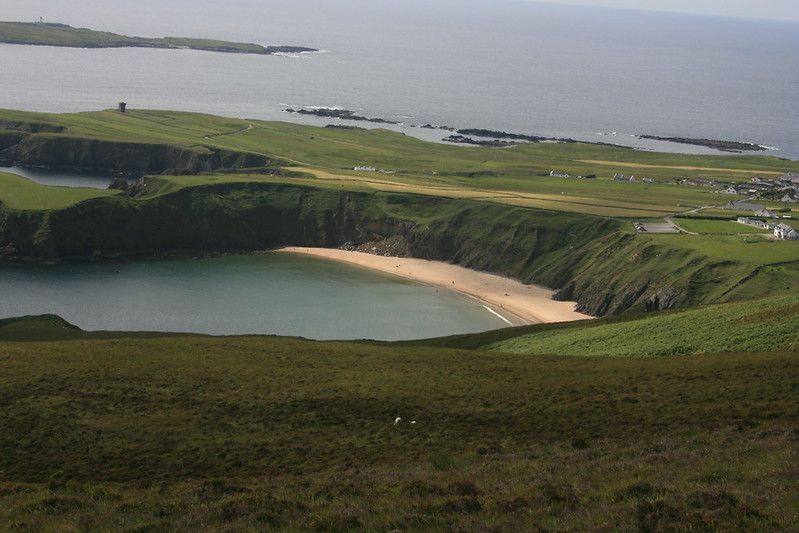 The Silver Strand beach in Glencolmcille

“For the first tie ever, when we had some people on from Pennsylvania, the system went dead,” Ó Cuinneagáin says. “The broadband just wasn’t able to carry it at the tie. It drives me crazy that such an essential part of the economic fabric is neglected. Broadband now is like what electricity and running water was in the past. It is vital.

“I’ve had meetings with Charlie alConalogue and I’ll be in on a call with Joe McHugh later this week. We have to impress this on our politicians. The only way we can get to a level playing field is by investment.”

The area, in the shadows of Sliabh Liag, is one of Donegal’s wonders. Aside from the learning, visitors can enjoy stunning scenery. From Oideas Gael’s base, the faces of Glen Head and Screig Beefan provide an idyllic backdrop while the Silver Strand, with its 174 steps, is also nearby.

Ó Cuinneagáin says: “Last summer was actually busy enough with regular tourists.. It worked out grand. One man flew to Dublin from Philadelphia, made his way into Glen and enjoyed himself immensely.

“One thing we all hope is that the pubs open soon. I feel sorry for the publicans, to be honest. They’re an essential part of the entertainment and the holiday fabric of the place.

“It was disappointing not to be welcoming all of the people into Glen.  What was happening was they weren’t in Glen and a big part of it is the craic, forging new friendships and meeting each other again.

“There has been a different dynamic now and we’ve had people ringing us in Glen from Hawaii – it’s been a nice world to see these people discovering us.”

“The international interest really is phenomenal, but it’s an old, rich language.”

The environment, Ó Cuinneagáin, a former Chair of Údarás na Gaeltachta, says is part of the attraction.

He says:  “We’re not really set up as a school as such. It’s a language teaching school with circles of chairs, so it’s more informal. We could only accommodate so many people in the classrooms last year with the restrictions when we could bring them in.

“In August, we managed to have three course, which aerated about 30-40 people per course. We had to cut back totally. It was like a sledgehammer came in last Easter. Normally, we would have a full schedule of courses from Easter until the end of August, but the numbers were cut so much.”

Former Irish President Mary McAleese is among the alumni of Oideas Gael with Ó Cuinneagáin, the Donegal Person of the Year in 2013, remaining the central cog in the wheel. 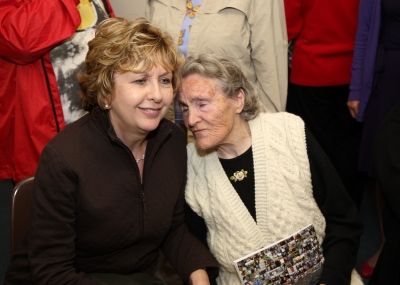 Summer is almost upon him again and there remains no firm clarity on what can be expected.

“We’re ploughing on this year,” he says.

“We have published our catalogue of courses on line and we’re telling people that they will go ahead, depending of course on the restrictions of Covid being lifted. We will do the courses online anyway.

“Financially, it has been crazy, but we’re holding on and we’re lucky that we did generate that interest from people booking their courses online.

“Hopefully the people can come back. We have to look after them when they come to Glen – they will love it. We just have to make sure that we can keep the doors open.”