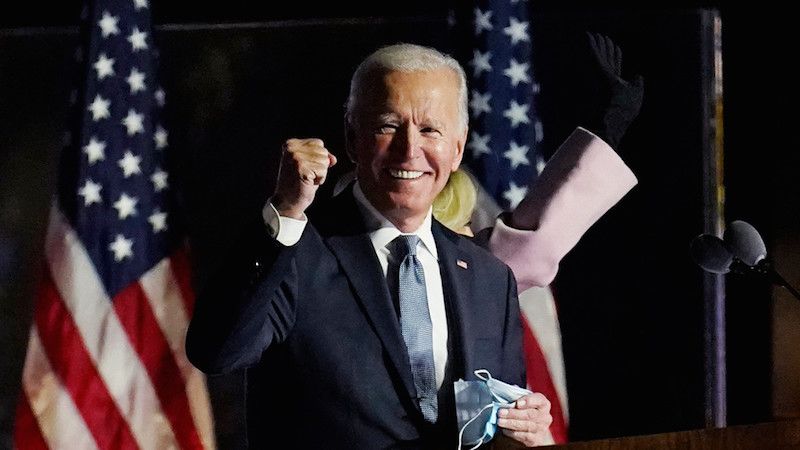 US President Joe Biden can now trace his Irish roots back to County Donegal!

The connection was only made last month by two of Ireland’s leading genealogists, Fiona Fitzsimons and Helen Moss.

It was also Ms Fitzsimons who discovered President Biden’s Mayo and Louth cousins in 2016 and, before that, Barack Obama’s Irish relatives.

The current Democratic president’s Irish roots have been well documented since – the Blewitts from Co Mayo and the Finnegans from Co Louth.

The Donegal link to the most powerful man in the world was only revealed to the public in this month’s edition of the popular family history magazine ‘Irish Lives Remembered.’ 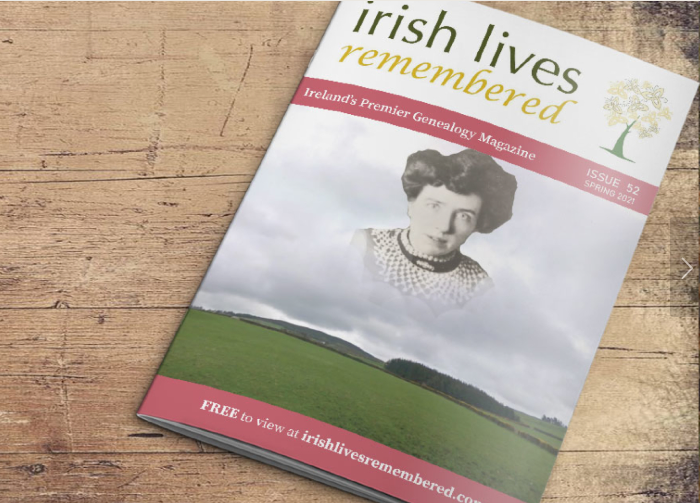 President Biden’s office was presented with the evidence of his new ancestors last month, on St Patrick’s Day.

The researchers explain that his great-great grandfather Patrick Blewitt was born in Ballina, Co Mayo, in 1832. Patrick left Ireland in the autumn of 1850 to settle in America.

In 1859, Patrick Blewitt married Catherine Scanlon, these being President Joe Biden’s great-great-grandparents. The US census records show that Catherine was born in Ireland between 1835 and 1838. The couple’s first child, Edward, was born in Louisiana in 1859, but, by the time of the 1860 Census the young family had settled in Scranton, Pennsylvania.

“We know that Patrick hailed from Ballina in County Mayo, but where was Catherine Scanlon from?” the researchers wrote. 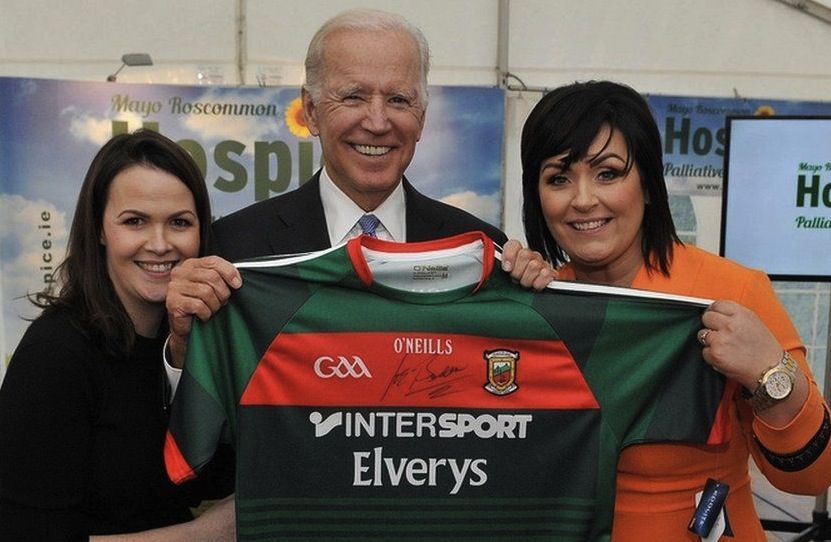 President Biden with his Mayo cousins in 2016. He’ll soon be pulling on the Donegal jersey!

Following lengthy and exhausting research, they discovered Mrs Blewitt was the daughter of Anthony and Honora (Heffron) Scanlon. The latter belonging to a wealthy family of the west of Ireland, the former for many years a member of the coast guard in the British service, stationed at Killala Bay, Co Mayo. In 1848 he brought his family to Carbondale, Pennsylvania, in the US.

In 1850, as deduced from the US federal census of that year, the researchers found a number of members of the extended Scanlon family, all born in Ireland. In 1904, Anthony Scanlon Jr. (brother of Catherine’s Scanlon Blewitt), died.

“We found an obituary in the 18 December 1904 Elmira Telegram newspaper, which adds one last element of mystery to the family story,” the researchers wrote.

In the obituary, it stated that: “Although of Connaught stock, Anthony Scanlon was born in Donegal, Ireland. His father was a coastguard, and occasionally brought his wife with him on his tours. On one of these trips the subject of this sketch was born. As a boy and a youth he accompanied his father on these tours and saw much of Ireland before he started for (t)his country. His first landing here was in the city of Quebec.”

Could Killybegs be the ancestral home of US President, Joe Biden?

According to Griffith’s Valuation, 1847-1864, there was only one Scanlon household in all of County Donegal. They were living in Killybegs, one of Ireland’s most important fishing ports and where a number of coastguards would have been stationed.

In an addendum to their research, the authors confirmed that, on St Patrick’s Day 2021, their new information was formally presented to President Biden as a gift from the Irish State.

When contacted, a spokesperson for the US Embassy in Dublin told Donegal Daily they had only recently been made aware of the article in question and had no comment at this time.

A query to the Whitehouse Press Office in the US was not responded to at the time of going to press.