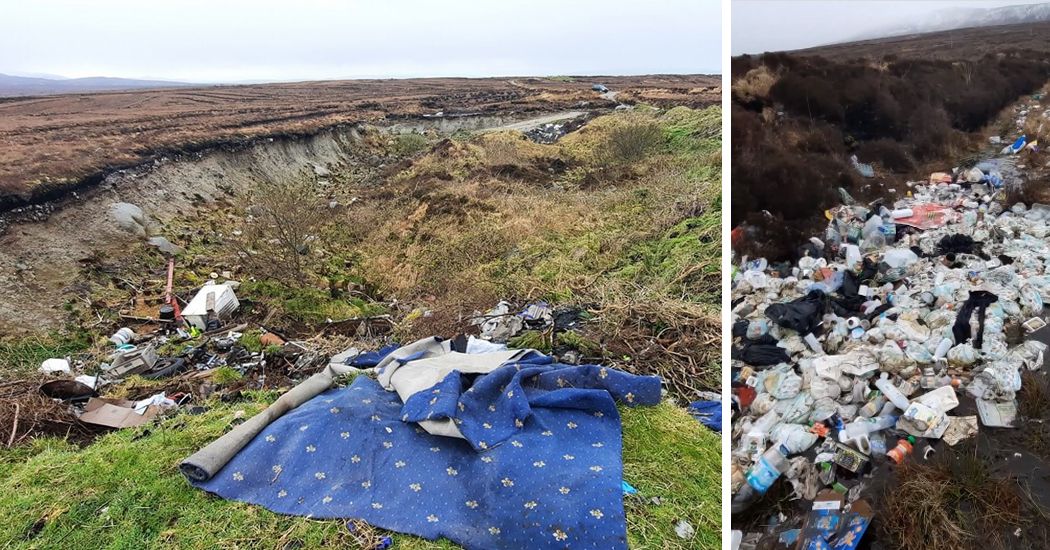 A massive dump of household waste, nappies and appliances has been found in scenic bogland in West Donegal.

The waste – which even includes a kitchen sink – was found at sites in Brinlack in Gweedore and Loughanure in The Rosses.

“This is an insult to everybody that contributes massively to keep the community clean. I recognise that it is only a handful of people responsible, but they are going against the huge work that the community does,” said Cllr Mac Giolla Easbuig.

The dumping spoils some of the most beautiful landscapes in West Donegal, Cllr Mac Giolla Easbuig added.

The incidents have been reported to Donegal County Council.

Cllr Mac Giolla Easbuig said these cases further strengthen the call for more recycling centres in Donegal. This is not the first case of illegal dumping in the area in recent months.

“There is a recycling centre in each Municipal District, but we are asking people to travel 20 miles to Dungloe to use a facility that is only open part-time,” Cllr Mac Giolla Easbuig said.

“There can’t be just one centre for a massive area. What we are doing as a council is the bare minimum. It’s embarrassing and it’s not acceptable.

“Pick-ups would be better, and we need to provide recycling centres in Falcarragh, Gweedore, Glenties, and Fintown.

“We don’t even have plastic and paper at our glass recycling. They are a very basic necessity and I think we are operating in a backward manner.”

Cllr Mac Giolla Easbuig added that the work of the community, Donegal County Council’s waste collection unit and the Glenties area litter warden must be recognised in their efforts to combat illegal dumping.

“It’s time now the council started providing waste collection as a vital service in the community,” he said.