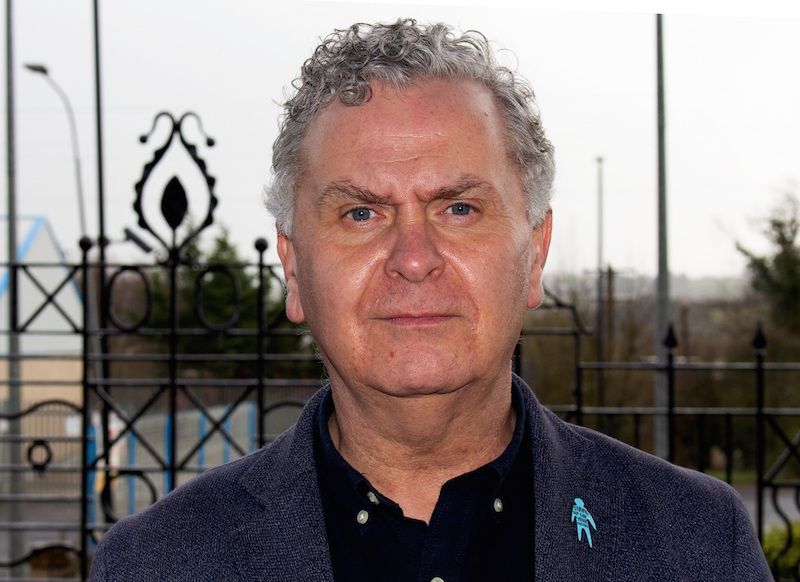 A new training and mentoring programme focusing on management and leadership for tech company owners in Donegal, Sligo and Leitrim will be led out by the former editor-in-chief at Newstalk, Garrett Harte.

Garrett, who now runs Harte Media, a strategic communications and management consultancy, will head the latest programme being funded by Tech Northwest Skillnet, the multi-sector business network for companies of all sizes in the north west focused on technology and innovation.

Looking ahead to the programme, which will cater for the north west region’s smaller tech companies, Garrett Harte says now is the ideal time for business owners to take stock.

“For what we are going to be embarking on, there are three things that tech leaders need to focus in on,” he comments.

“Strategy – we will never get this amount of time ever again to be strategic in our business. As challenging as it is in terms of opening up the economy, it’s a time to stand back, reconsider your offering and see if it’s fit for purpose. That is really, really crucial.

“Secondly, it’s communication. For effective leadership you have got to be an effective communicator. And just because you’re on pause doesn’t mean you stop communicating. One of the things I’ll be asking those leaders to do is to challenge their current thinking,” he adds.

Making assumptions on the success of a business offering, based on its current business mode, is not a game plan, Garrett insists.

“You need to change your game plan, so you need to have a clear strategy and need to know how to communicate it.”

“And thirdly, you need to be innovative in how you deliver it. For me, there’s a criteria I use with business leaders and previously when I ran Newstalk. It’s called the ‘three Ps’ – the purpose, the point of difference and the performance. The purpose. Why is this service going to provide a solution to the target audience? The point of difference is uniqueness.

“What is that unique selling point? What’s the value proposition that needs to change now? And the performance. What is the customer takeaway that’s going to be essential? 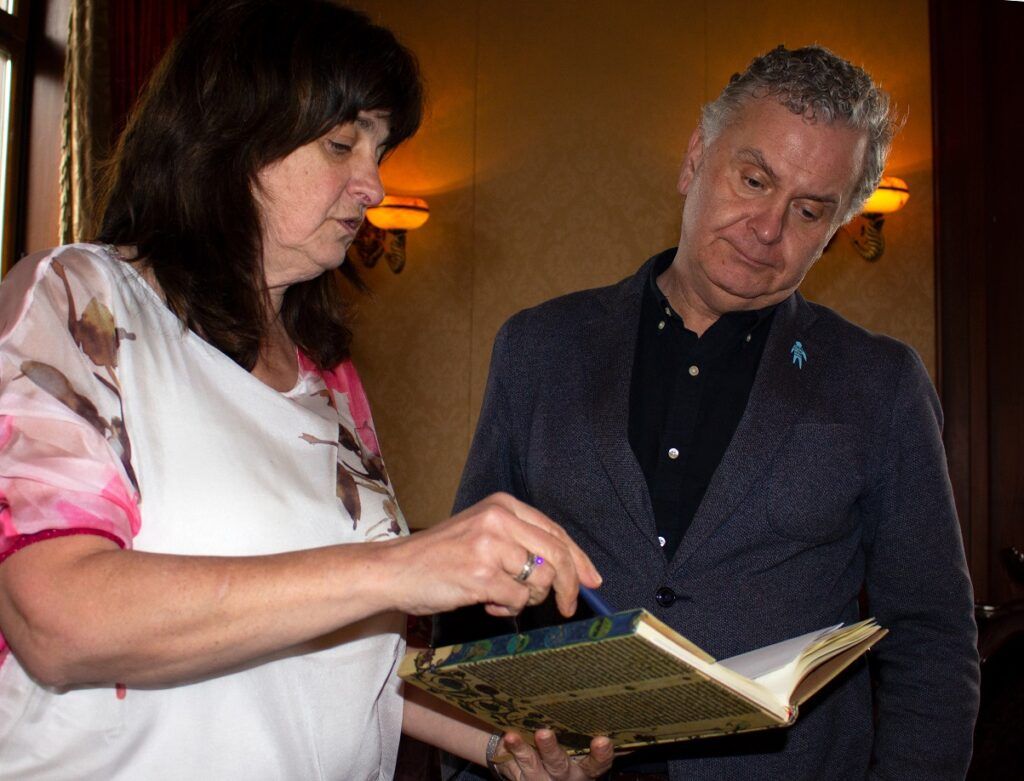 “For these tech leaders, it’s really to stand back and challenge their current thinking to say ‘is my business fit for purpose in the future?’,” he says.

A native of Raphoe, Garrett left Newstalk in 2017 after 16 years and is now a leading figure in executive coaching and management consultancy.

He was part of the start-up team at Newstalk when it was launched in 2001 and played a major role in the growth of its audience and the development of the station as a national brand.

He had overall responsibility for all elements of the day-to-day running of Newstalk and coached and mentored leading broadcasters including Clare Byrne, Pat Kenny and Ivan Yates. He previously worked as an editor with UTV and TV3.

“Over the last couple of years, I’ve been involved in a number of projects with SMEs, Irish companies and CEOs where strategy, communications and innovation have been key, and that has allowed me to recommunicate what I do. There was a perception that I was a pure journalist or a pure editor. But as editor-in-chief, I managed the organisation, managed talent and developed the business,” he adds.

The plan of action during his time with Newstalk centred on building business and growing audiences.

Bringing that competitive aspect to wider businesses is what Garrett enjoys.

“Sometimes listening to companies, they say they don’t know who their competitor is or they’re not worried about the competition. Covid has thrown up this whole area of disruption and what business can do your business cheaper, smarter and more efficient. Getting business leaders to spend more time about working on the businesses as opposed to working in the business, is key.”

While acknowledging Covid-19 has thrown up many challenges, Garrett says it has also presented opportunities for business leaders.

“The whole world has gone into start-up mode. Every sector from the airline business to tech companies and education have all moved into start-up. And that, for me, is a great opportunity. What it means is those leaders need to stand back, reimagine their offering and in some sections repurpose what they do.”

He continues: “For example, the growth in e-commerce. E-commerce in Ireland has grown over 150 per cent in 2020. To give some context, it only grew by 30 per cent the previous three years. So, every small business and every medium-size business now has a requirement to be online and to have an e-commerce solution. But it has also opened up huge opportunities for clients.

“The over-65s have been the highest growth cohort in e-commerce, so people who traditionally would have been really, really conservative about handing over their credit card details have now got to go and buy their Tesco shopping online. They’ve got to figure out how to use Zoom to talk to their grandchildren and they now have become an advertising cohort that businesses previously would not have gone after. So, there is one example how e-commerce has challenged us all and thrown up opportunities in the Covid-19 environment.”

Resilience, he opines, must be central to all businesses.

“I would be concerned at the lack of consistent and effective communication from government. Effective leadership demands effective communication. And if that means just being there and being visible and maybe not having the answers, but saying ‘I’m here if you need to ask the questions’. The lack of that has not been good. This creates uncertainty.”

“I’m working with a company in the food delivery sector. Like many sectors they’ve got a supply chain they work with, so before they can plan to open their suppliers need adequate time to plan. So, it’s not that you announce on Friday that you are opening up on Monday. It doesn’t work like that. But that uncertainty I think has frustrated people. I think that’s the missing piece in the communications chain and we don’t have that at the moment. And as much as I wouldn’t be a fan of Boris Johnson, he’s mastered that from a communications point of view.”

So, what is the one piece of advice Garrett is offering to business owners in these challenging times?

“Fasten your seatbelt for three years, because the uncertainty we’re in at the moment does not allow you to have any strategy that doesn’t need to be repurposed or reimagined over the next three years. So, you need to have the resolve to hold it out for three years.”

He adds: “I’m a big believer in backing yourself and that doesn’t mean that everything goes in straight lines, because by backing yourself you’ve got to fall, and fall a few times. The other piece of advice is to identity three mentors in your life. The first one is the Jedi, the Oracle, the person who is coming to the end of their professional career and who is very much the wise one you would go to for advice.

“The second mentor is one you’d call the coach – someone who is always in your corner, your trainer, the person who is pushing you and when you’re having that bad day which we all do, it’s the person who will pick up the phone and tell you to keep going. The third then is the apprentice. Somebody who is younger and less experienced, but who is from a sector you are not that familiar with. That might be in an area like social media. Find three of those people and use them on an ongoing basis to educate you.”

Looking to the future, Garrett is confident Ireland will be in a good place economically in three years.

“Reading about Israel and the US we see these economies roaring ahead as vaccines are rolled out. The US economy is growing at its fastest pace since 1984 on the back of President Joe Biden’s $1.9 trillion stimulus. So, once you get the green light things do open up fast. People are willing to spend and it’s the sustainability of that. Retraining is also going to be central to this,” he adds.

“If there was one thing you’d be suggesting the government to do, it’s that it needs to have a bridge between the people who are going to lose their job.

“There are lots of people in jobs at the moment that don’t know they’re unemployed because the government wage subsidy scheme is keeping them in jobs and keeping the companies in jobs.

“The government can’t turn that tap off overnight. There needs to be a bridge between retraining to ensure that people of all ages – whether it’s a guy who has been a bar manager for 40 years or someone who has just graduated from college – that they don’t all end up on welfare supports.

“The government have a big, big social piece to play there. Being strategic here, I think the powers that be globally are going to have to create another master plan in terms of how we’re going to fund the future of the economies because the debts are too big to pay back in the normal ways.

“Our debt in Ireland is loose change compared to the debt of France, the UK or Germany. We need to look at new ways to manage this debt to ensure economies and societies can recover and thrive post Covid.”

A virtual launch of the programme is planned for May, with the formal training and mentoring sessions scheduled to run from September to December.