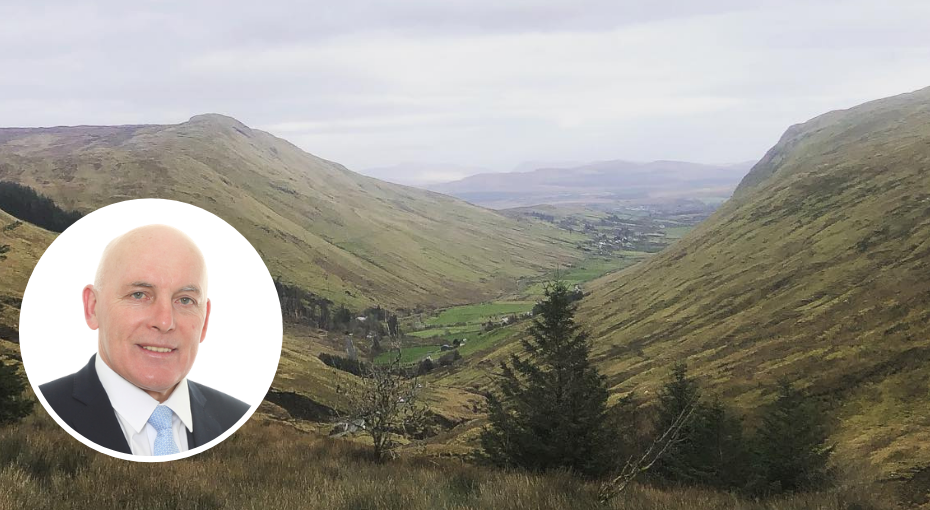 Calls for action as litter builds at gorgeous Glengesh

CONCERNS have been expressed over an increase in litter at one of Donegal’s most picturesque spots.

The issue of littering was raised at the monthly Glenties Municipal District meeting.

Councillor Anthony Molloy said that the car park at scenic Glengesh Pass has spoiled by littering of late.

Cllr Molloy has called for the installation of litter bins.

“There is a lot of littering appearing around there now and there’s a coffee pod there so maybe we can do something,” Cllr Molloy said.

The Fianna Fáil Councillor also raised an issue with illegal dumping at a vacant premises in Fintown village.

Cllr Noreen McGarvey suggested that cameras could be installed at litter black spots with a view to fining perpetrators.

“If someone is hit hard in the pocket over dumping then maybe they would think twice about it again,” Cllr McGarvey said.

Independent Cllr Michael Cholm Mac Giolla Easbuig said that dumping was a ‘very important’ issue that had to be tackled.

“We should not make fish and flesh of it,” he said.

Cllr Mac Giolla Easbuig  said that large companies were at fault for a lot of dumping in the MD.

“It’s not proper to lay the fault on locals,” he said.

This comes just a day after a massive dump of household waste, nappies and appliances was found in scenic bogland in West Donegal.

The waste – which even includes a kitchen sink – was found at sites in Brinlack in Gweedore and Loughanure in The Rosses.

Earlier in the week, Cllr Mac Giolla Easbuig said: “This is an insult to everybody that contributes massively to keep the community clean. I recognise that it is only a handful of people responsible, but they are going against the huge work that the community does.”

At the Glenties MD meeting, Cllr John Shéamuis Ó Fearraigh said: “It was an awful state to look at the damage being done by such illegal dumping. If caught, substantial fines should be imposed.”

David Friel of Donegal County Council noted that covert cameras had previously been installed at bottle banks, but issues arose over GDPR.