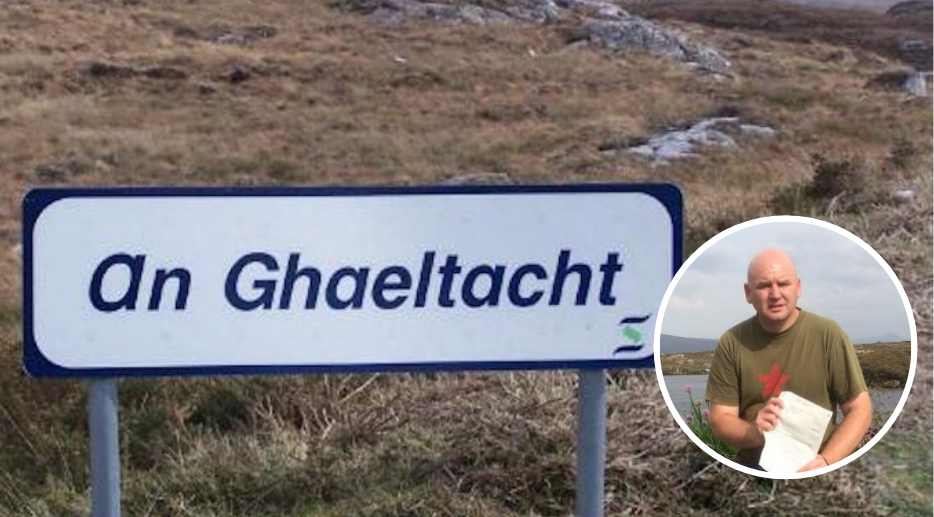 Financial supports needed or Gaeltacht communities will be left behind – Cllr

A DONEGAL County Councillor has called for additional supporters to be made available to Gaeltacht communities, who have suffered severe financial hardship over the Covid-19 pandemic.

Cllr Michael Cholm Mac Giolla Easbuig said that support packages that were in place last year for Irish colleges and for the Mná na Tí, who cater for the students during the stays in Gaeltacht areas, ‘are not enough’.

“The Irish Colleges are a vital part of the Gaeltacht community from Teelin right into Falcarragh and out to Arranmore – and they can’t be left behind,” Cllr Mac Giolla Easbuig said.

“I am asking the Minister to do the right thing and look after the Mná na Tí, who have played such a vital role in preserving the Irish language.”

Cllr Mac Giolla Easbuig tabled a motion to the Glenties Municipal District meeting requesting that the MD engage with the Gaeltacht Minister, Catherine Martin TD, to ensure there is no financial loss to such communities.

The motion was backed by Councillor Noreen McGarvey.

Cllr Mac Giolla Easbuig said: “It is important that we are all together on this.

“These people are dependant on this income, for house repairs, college fees etc. It is not much but it is very important for the preservation of Irish language and culture.

“Mná Tí got some monies last year, but that is not sufficient.  Lots  are depending on students coming to areas throughout the county.

“I wouldn’t like them to be left behind – nor would I like people to turn their backs on this important service that they are providing.”

Ancillary employment is also affected by the loss of the influx of students to Gaeltacht communities.

Cllr McGarvey said: “It’s such a big boost for the area. You can have families coming in to visit them and really everyone gained from having the students. Regulations forced many people to bring houses up to scratch, but now the pandemic means they aren’t able to reap the rewards.”