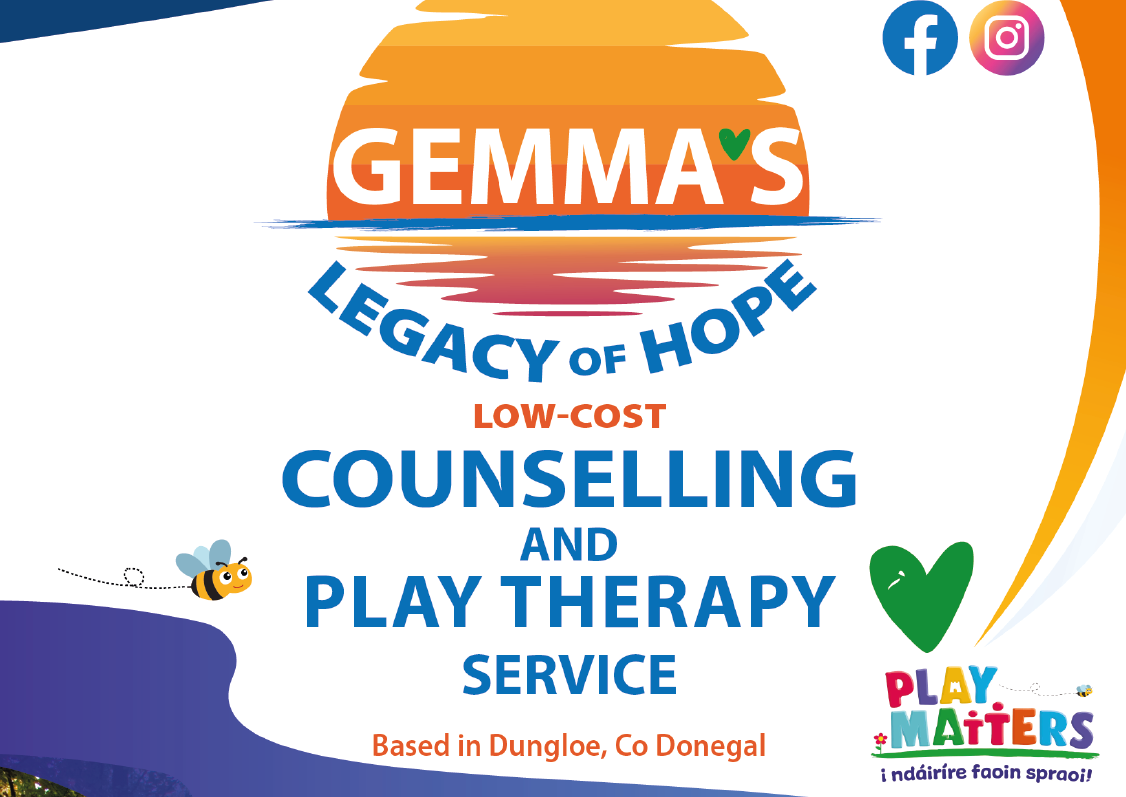 A NEW community counselling and play therapy service will be launched this Friday in honour of Gemma Boyle.

Following on from a successful New Year’s Day fundraising event, which took place in the memory of Gemma Boyle from Burtonport, a Community Counselling & Play Therapy Service for The Rosses & Fintown will officially be launched on Friday 16th of April 2021 at 1pm in Gemma’s name.

Gemma’s Legacy of Hope is an Association set up to honour the memory of Gemma Boyle, who brought joy and happiness to her family and her community during her lifetime.

After a period of poor mental health Gemma died by suicide in February 2020.

Gemma’s Legacy of Hope has been set up to help shine a light of hope to individuals living and working in this community so that they are supported to find the courage and strength towards a path to improved happiness and fulfilling lives. 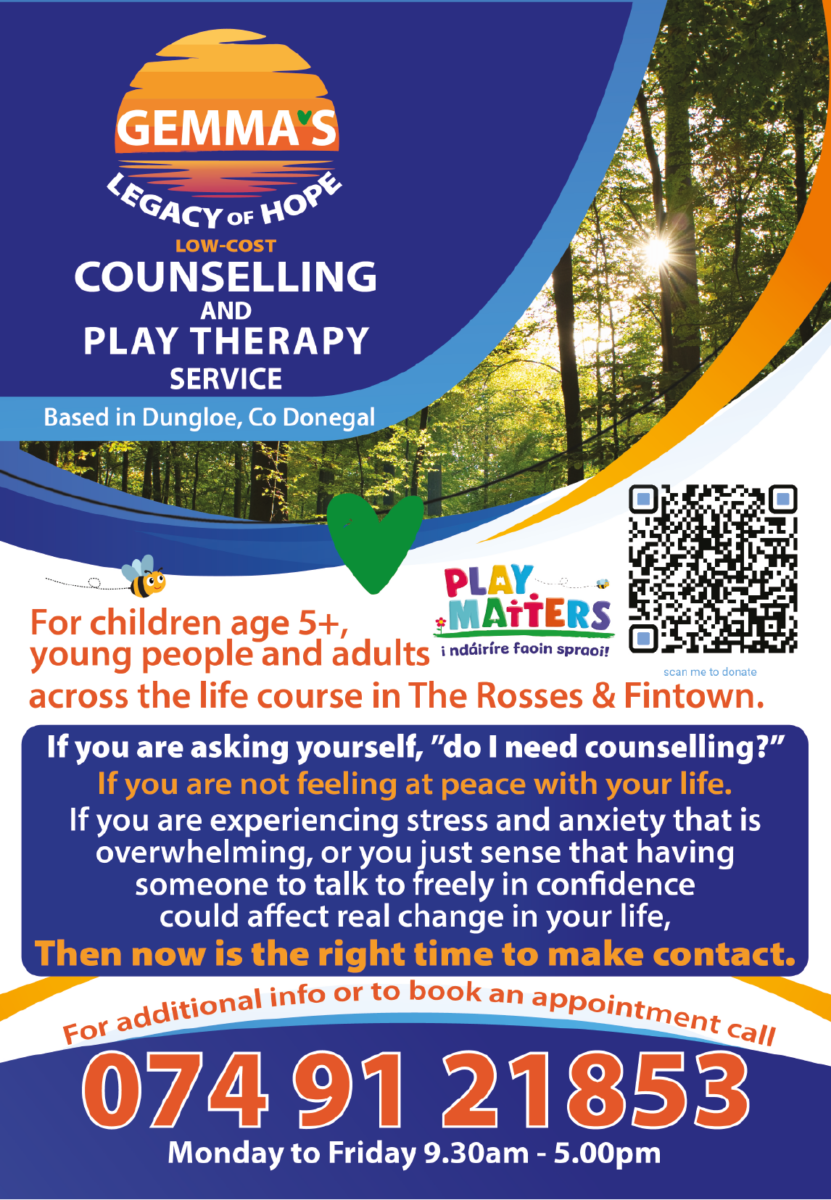 groday’s event takes place via Zoom and will include the launch of a short promotional video created by React Productions and include a range of speakers including – Bill Vaughan from mental Health Ireland, Liam Cannon from The Pastoral Centre in Letterkenny, and local couple Daniel and Majella O’Donnell – both residents in The Rosses.

The committee, who have been working together over the past few months to develop the service in conjunction with The Pastoral Centre in Letterkenny would like to extend an open invitation to the community to attend the launch.

Access to the Zoom link for the launch can be obtained by emailing: enter.playmatters@gmail.com

The low-cost Counselling & Play Therapy Service, which will be in operation from the week beginning April 19th, will be available to children aged 5 years old and upwards, to adolescence, and to adults both living and/or working in The Rosses & Fintown area.

The service will be delivered by The Pastoral center counselling team from Letterkenny and will be based in Dungloe.

Bookings for Gemma’s Legacy of Hope Community Counselling and Play Therapy service can be made by ringing the pastoral center on 074 91 21853 between 9.30 am – 5.00 Monday to Friday.