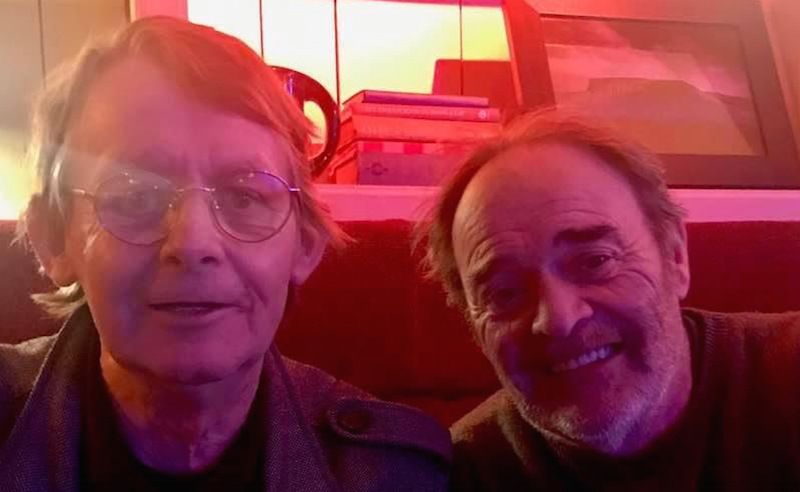 Trevor Tease was harder than the Fanad gravel used in the building blocks for Wolfe Tone Place. He travelled in the fast lane before it was even invented.

At number 15 at the entrance into the estate – headlights went out and at then at number 20 the ignition was switched off, on final approach in complete silence now carrying just enough speed to carry you over the ramp on the footpath memorising where the pillar and the hedge are before coming to a halt inches from the sitting room window at number 26. Hold the button in until the handbrake is full on, mission accomplished.

An early morning start for me working on a milk run was my key to seeing the master in action as the cracks of the exhaust cooling into driveway gave a fair indication that his father Jim’s Mk 2 Ford Cortina 1600GT did exactly what it said on the tin that night as the pilot pushed it to the limit from the time he pushed it out of the driveway a few hours beforehand to take an unofficial loan from his father. 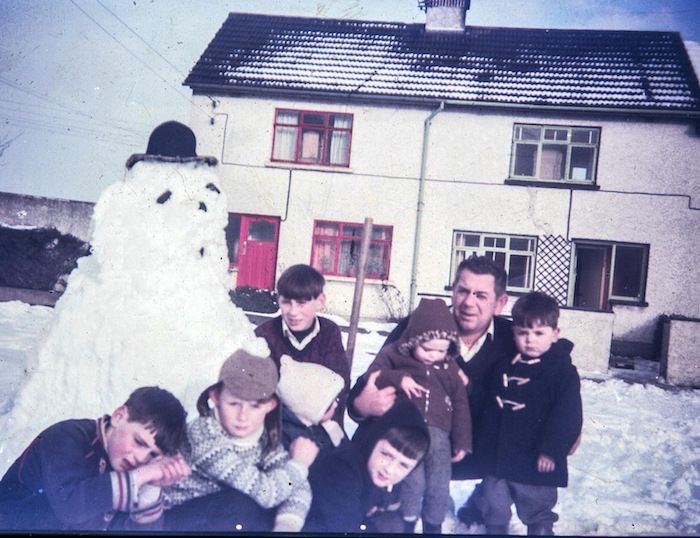 Trevor in the green in the snow in Wolfe Tone with the snowball on his hat pictured with all the McDaids including Herbie, Josephine, Paddy, Brian (me) Cathal, Fred and Nelius in 1968.

Trevor Tease ran missions like this many times with his passengers bailing out down the road before the car was left back, and then sometimes on Indians summer nights in the seventies when every window in the houses were opened you might have heard the siren for the firemen following by the thuds of three firemen going down the stairs Tommy Friel in number 25, Jim Tease in 26 and the late Jim Ferry in number 28 and their front door slamming followed by Jim Tease calling to the other fireman ‘where the hell is my car? That was the night that Trevor was away in the car, and Trevor would lie low for a few days until the dust had settled. 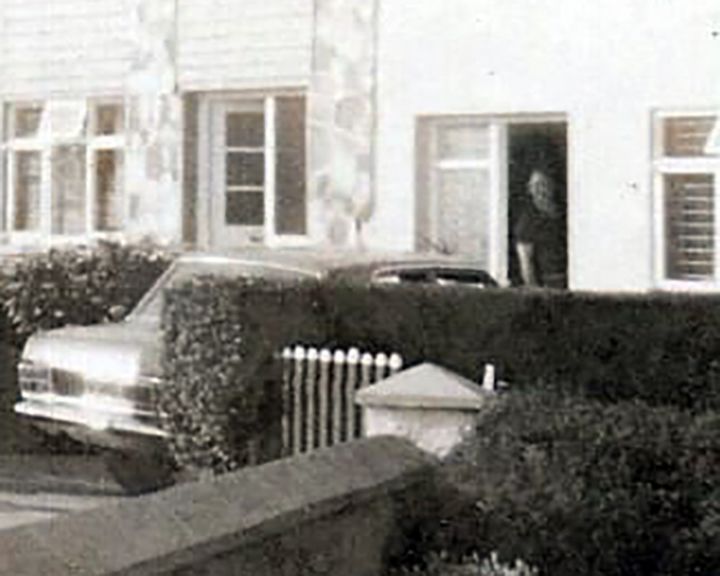 Jim Tease at the door of his house in Wolfe Tone Place and his 1600GT Cortina safely in the driveway that his son Trevor would head off in on a couple of ventures.

Trevor Tease, who sadly passed away suddenly at the weekend at his home Wolfe Tone Place, was one of a kind. Our family was reared next door to his family in number 27. Things weren’t great in our house growing up. One of the better things about living there was living next door to Teases and especially Trevor, or Teasy to his friends.

Trevor was about 6 years older than me. He is in our family photos in the green in happier times making snowmen, a good wee footballer in his day and was always mad about driving.
His father Jim had a very old style Anglia first then he progressed to a beautiful two-door Sunbeam Rapier. It had pillar-less doors when both the window door and back quarter panels windows were opened.

Parking in Wolfe Tone especially on the corners was at a premium so Jim decided to convert the small bit of a garden he had into a car park for his car. He left the two pillars of the garden gate in place, and with a bit of care he could steer his red sunbeam into the tight space provided.

When Trevor was learning to drive, Jim would tell him to pull up as far as the street and Jim would take the wheel and steer the final few feet into the his car park. As Trevor’s confidence in driving grew it wasn’t long to he figured he would be well able to steer the sunbeam the whole way.

On a certain summer evening, there was a crashing sound outside our front door and when we ran out Trevor had the Sunbeam halfway in the driveway it wasn’t pillar-less that evening, sitting impaled in the garden gate. ( In later years having taken three passenger wings of three different cars of my father’s learning to drive, I know what this feels like, I knew what Trevor felt like that evening.) 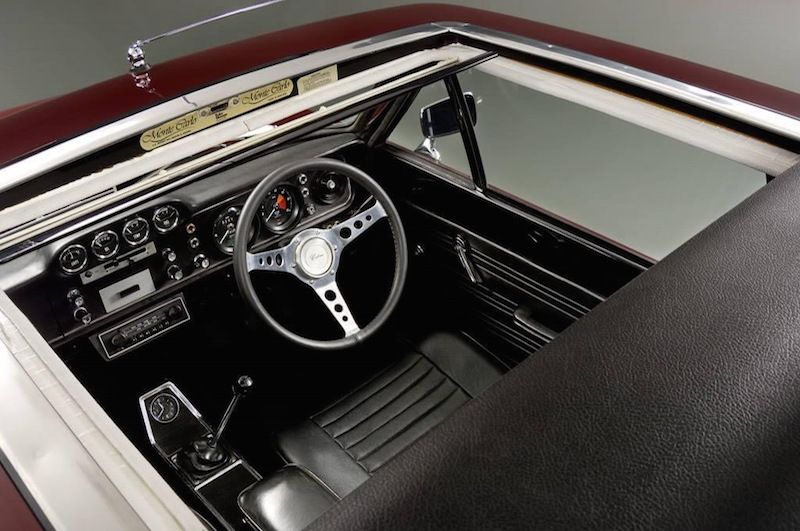 A view into the dash of a 1600 GT Cortina that Trevor would borrow from his day manys the night.

The incident looked worse than it was because a very decorative chrome side strip which ran the full length of the car was now a part of the garden gate and pillar.

Over the years Trevor perfected parking both the sunbeam and the Mk 2 Cortina 1600GT when it landed in Glencar. Trevor even perfected coming into the estate at night or in the early hours of darkness with the lights out and freewheeled the last 50 yards with the engine off in an attempted not to wake ‘the old pair’, as he called them.

When Trevor left school he got a job in the stores in McMahons Garage and any time he had parts to collect or deliver around town he would always include a spin up home to his mother Martha, driving the latest Chrysler in the garage parking in Wolfe Tone for a few minutes before Trevor was out and away again down the road.

As it was with everyone in Letterkenny at the time a lot emigrated and Trevor was soon crossing the sea to London where he worked in a couple of different places but spent most of his time there working in a garage of a big private bus company for many years. After his wife Helen passed away he returned home to Ireland around 12 years ago. 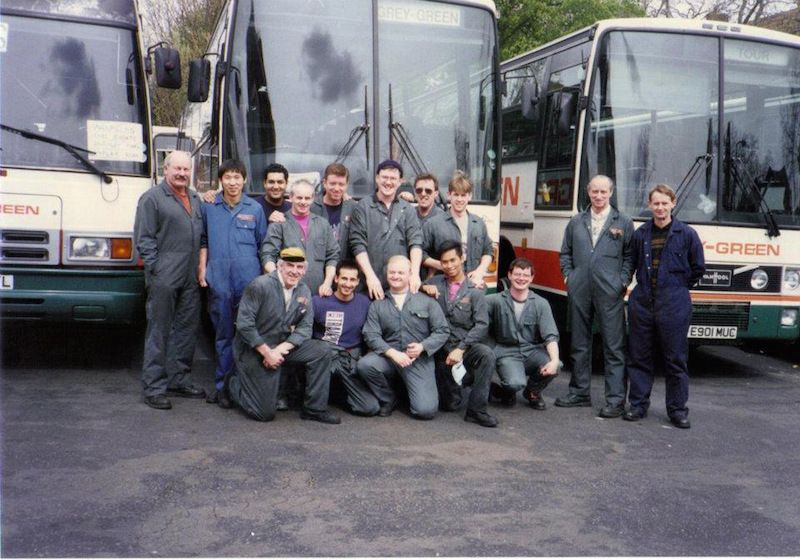 Trevor on the extreme right of this photo with fellow workmates at the bus company her work with in London.

For the last decade or so Trevor liked nothing more than a beer in the “Bin” as he called it, (Glencar Inn.) One evening I got a photo of him in there going over old times with a fellow immigrant from Wolfe Tone, Willie Murray who was home on holidays. The light was bad for a photo but I think I captured Trevor in full flow just as I always remembered him.

Where Jim once parked his car is now tastefully decked out with outside furniture and in recent times it became Trevor’s outdoor local, where life-long friends like Raymond Tracey would do a detour when he was out walking his dog and would call down to have a chat over the wall. Where Trevor would sit and enjoy a few cans and a smoke.

At the weekend Trevor passed away suddenly, his neighbour and close family friend Pascal Blake from 30 Wolfe Tone Place driving Trevor to his final journey as the local undertaker. Pascal even went up into the Glencar Shopping Centre, pulled the hearse up at the door of the Glencar Inn for Trevor to say farewell.

On Wednesday after a private prayer service at No 26 Wolfe Tone Place Trevor was on his journey out of the past the green in Wolfe Tone Place to be laid to rest in Gortlee Cemetery beside his late mother Martha.

A set of pebbles have sat in the top of the concrete gate posts at Teases’ home for as long as I can remember. I’m guessing Jim made them pillars and finished them off setting small pebbles in the top of them. They survived and watched Trevor coming and going lighting up a cigarette or putting one out or catching the odd car bumper on it over the years. Trevor passed by them pebbles for the last time on Wednesday morning but his memory will live on. Trevor was the person within us which we all sometimes would like to be, but are locked in what we imagine others might think of us. 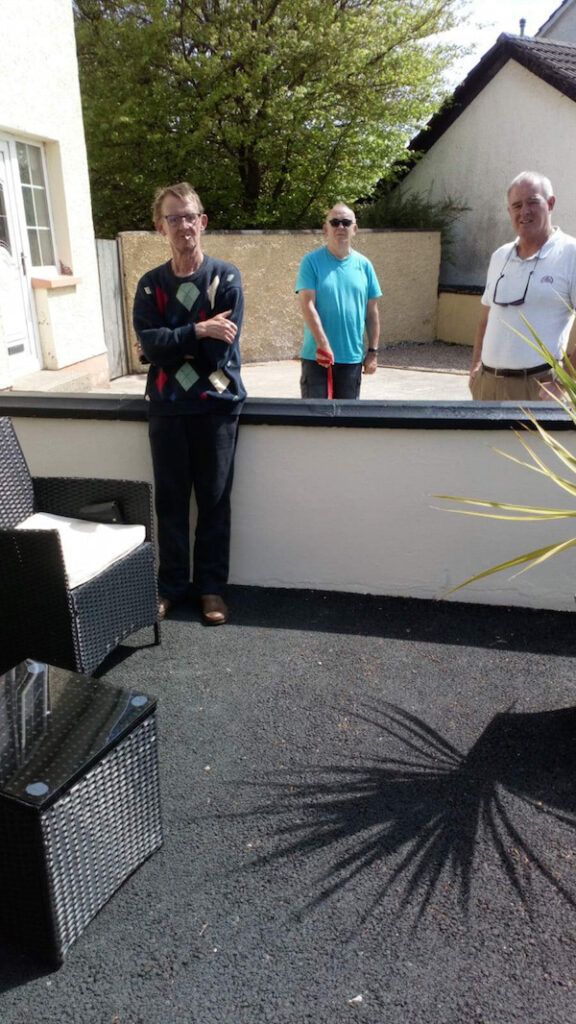 Trevor at his home enjoying a smoke having a yarn over the wall with his best friend Raymond Tracey and Pascal Blake.

Shaun Murray from number 21 and Patsy Ferry from number 28 all gone before their time and all three with Trevor who emigrated to London years ago will be there on the ‘other side’ to catch up with him for a few cans a few yarns of old times of growing up in Wolfe Tone Place. 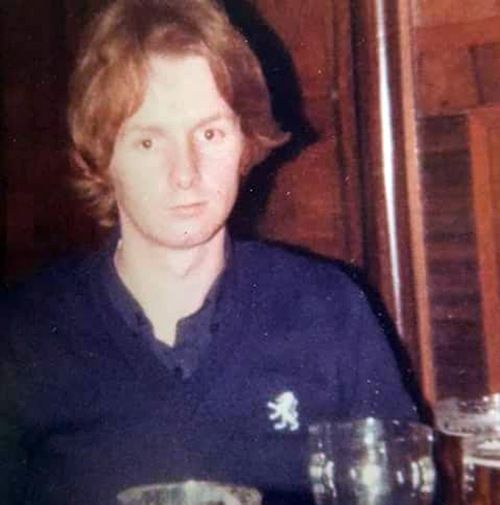 Trevor in his youth growing up in Letterkenny before he headed to England.