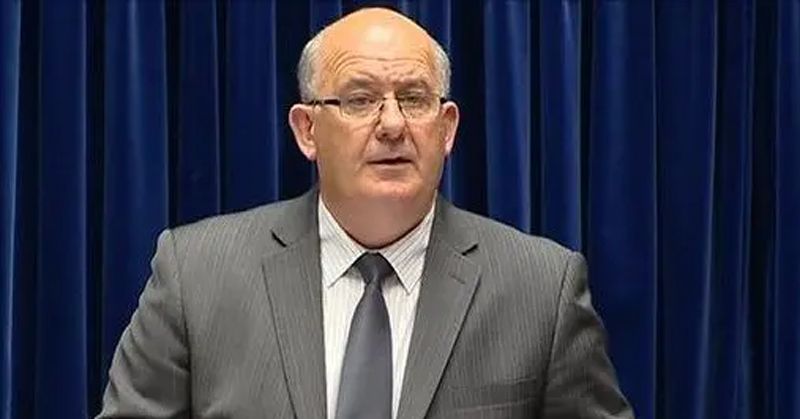 Donegal-born DUP peer in quest to get British passport

A Democratic Unionist peer who was born in Donegal said he is being denied a British passport because of ‘discrimination’ by the Home Office.

Lord Willie Hay was born in Milford, Donegal in 1950 but has lived in Northern Ireland for the vast majority of his life.

Baron Hay of Ballyore served as an MLA for Foyle from 1998 to 2014 and currently sits in the House of Lords.

He has been told that if he wants a British passport he will have to undergo a Life in the UK citizenship test. He has refused to undergo the application process, claiming that is was unjustified.

“I’ve been in Northern Ireland all my life,” he said.

“Why should I be interviewed… (I) just refuse to do that. I mean it’s wrong,” he told the Northern Ireland Affairs Committee at Westminster.

After the Republic left the Commonwealth in April 1949, people born in the Republic are no longer entitled to British citizenship or passports.

However, Hay says he is not seen as British simply because he was born some miles across the border in Donegal.

“You’re living your life, you’re part of the United Kingdom. You pay your taxes. We are also voting, whether in the House of Lords or wherever that might be. I don’t believe I should be having to go to Liverpool for something… proof is already there.”

“I count myself as British. At this moment in time, I need to hold an Irish passport to get to where I need to get to.”