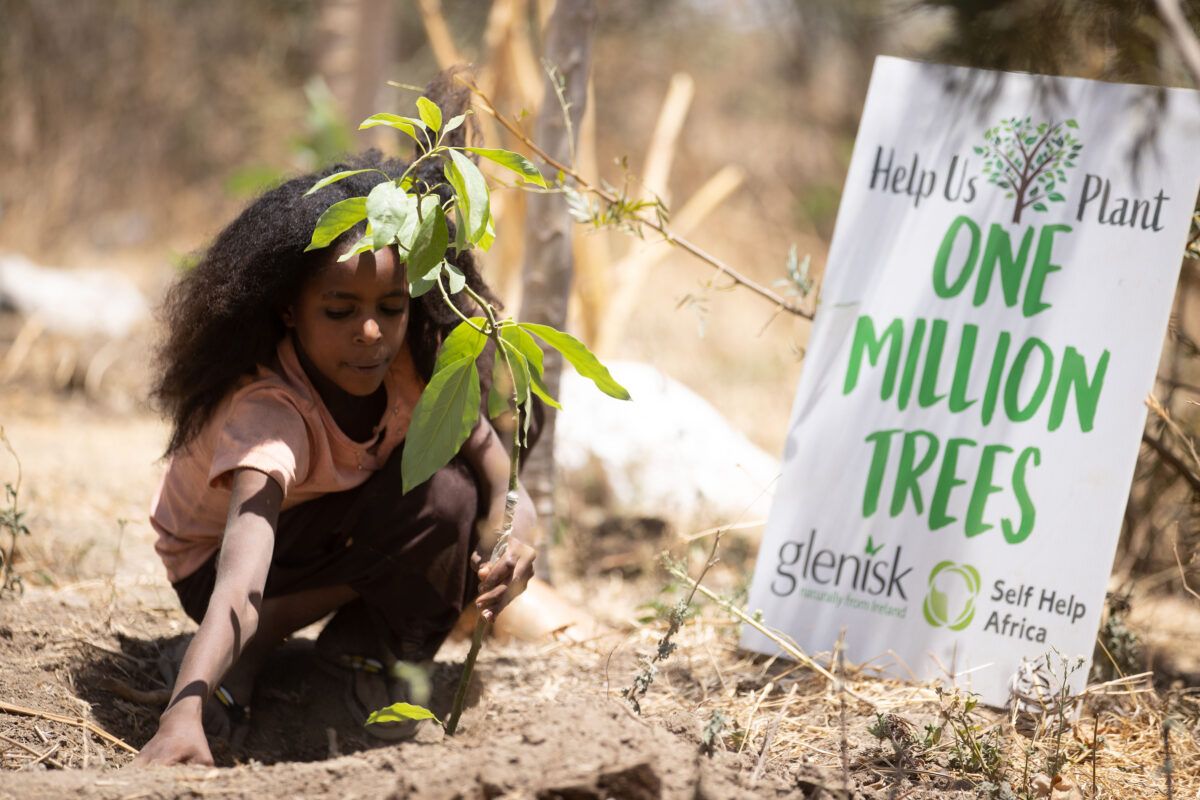 Support from people across Donegal has enabled an ambitious tree planting campaign to reach its one million milestone.

Self Help Africa’s ‘One Million Trees’ campaign enabled the Irish development charity to plant a million new trees in sub-Saharan Africa, and a further 100,000 native trees at home in Ireland, over the past year.

According to a spokesperson for the organisation, scores of people from Donegal supported the initiative.

“We had amazing support from across the country for this campaign – and people in Donegal certainly played their part. Amongst the 5,000 who supported the campaign, there are several dozen from County Donegal.”

Close to 5,000 people across Ireland have backed the initiative, while tens of thousands of shoppers supported the campaign by purchasing ‘One Million Trees’ branded Glenisk organic BIO yogurt. A donation of one euro was made to the tree planting effort for every purchase of ‘One Million Trees’ Glenisk yogurt sold during in-store promotions held in collaboration with SuperValu stores across the country, during 2020.

In late March the one-millionth tree was planted on community-managed land close to Lake Ziway, Ethiopia, at a location where over 400,000 tree seedlings were planted since Spring, 2020. Elsewhere, the campaign planted hundreds of trees on family farms, on community land and on publicly owned lands in Malawi, Kenya, Uganda and Burkina Faso.

Working on collaboration with local partners ‘Trees on the Land,’ 18,000 native Irish tree seedlings were planted by the campaign alongside a link road, in a children’s playground, as part of a Tidy Towns’ project and on private lands in Laois, Kilkenny, Cork and Tyrone, while a large-scale planting of 100,000 was starting this month as part of a 100-acre native tree reforesting project in Offaly.

During the campaign, contributions of just €5 will enable Self Help Africa to plant 10 trees in sub-Saharan Africa and one native tree at home in Ireland.

Information on the campaign is available at: www.selfhelpafrica.org/onemilliontrees