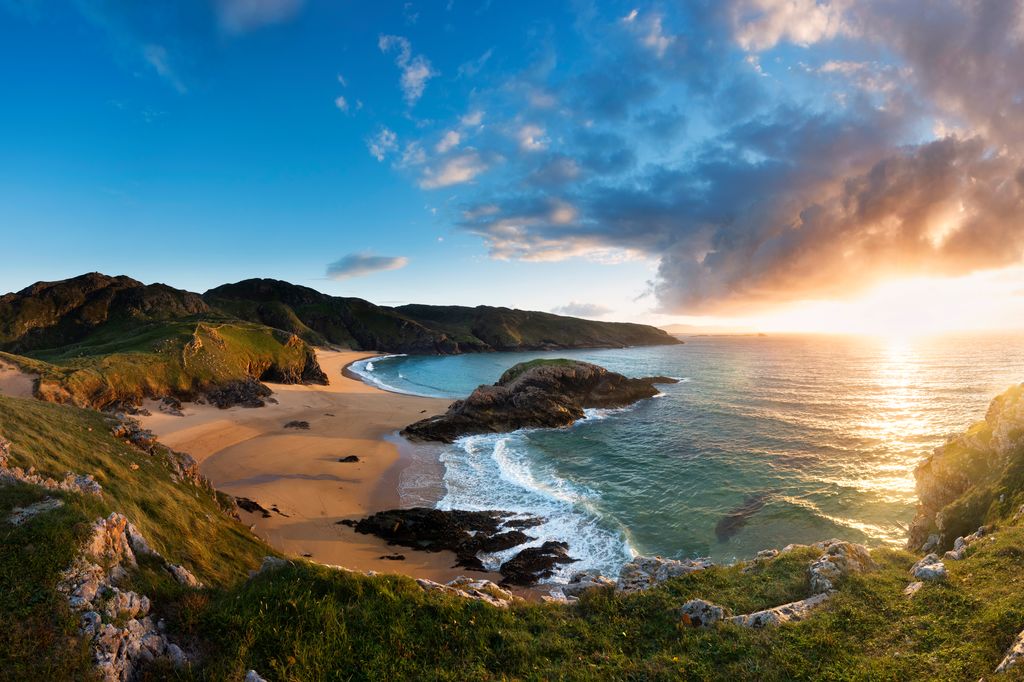 VISITORS to one of Donegal’s most popular beaches were shocked to observe new preventative measures being installed on the approach.

Murder Hole Beach has become one of Donegal’s most-visited locations in recent years.

However, the route generally taken by the public is via a private field.

Tensions arose previously between the landowner and members of the public who cross the land to access the stunning beach.

Previously, the access gate was blocked and a bull re-introduced to the field in an attempt to deter visitors.

This week, visitors were shocked to see areas that were used as makeshift parking spaces blocked off with stacks of manure in some spots and what has been described as ‘grease’ spread on a path leading to the beach.

There have been a number of safety issues raised in the past with the landowner becoming increasingly concerned at the high volumes of people visiting the location.

Last summer, after the easing of Covid-19 restrictions, the beach’s popularity swelled to the point where some locals outlined how they felt they were ‘prisoners in our own homes’.

Some visitors queued for up to two hours at the secluded beach and one resident issued an appeal for a plan to be enacted.

“Some people just abandon their cars at the road side and show no car for anyone else,” a resident told Donegal Daily.

The previously little-used access road deteriorated due to the high levels of vehicles.

Some locals even took to partaking their own cars on the road side at busy times, while farmers, have raised concerns about their cattle being spooked. 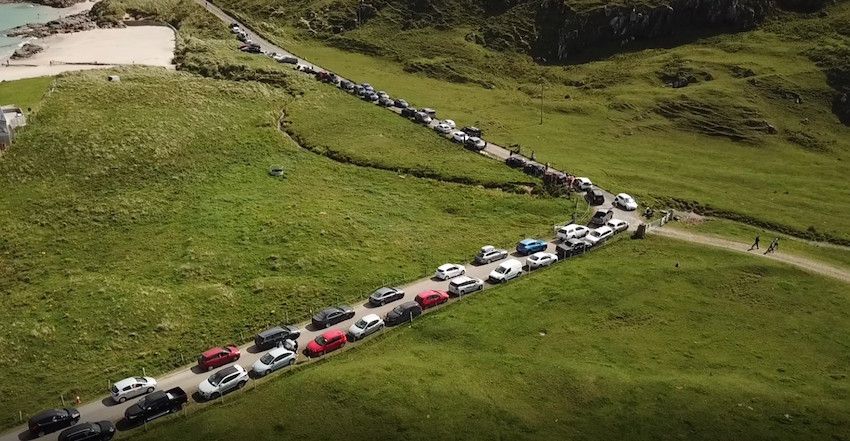 The unique beach near Downings, on Melmore Head, is a much-celebrated beauty spot and ‘hidden gem’ of the north west. The unspoilt beach shot to fame in 2017 when it was crowned ‘Ireland’s No 1 Secret Beach’ by Irish Independent readers and it is often on the go-to list for tourists in Donegal seeking a glimpse of the rugged Wild Atlantic Way.

In 2018, following a rapid rise in visitor numbers after reaching national prominence, the landowner posted a notice warning that public access would be denied.

That warning said: “Our bull will be reintroduced to our cows on the fields leading to the Murder Hole Beach.

“In the interest of public safety we will be locking the gate and there will be NO access to the beach through these lands.”