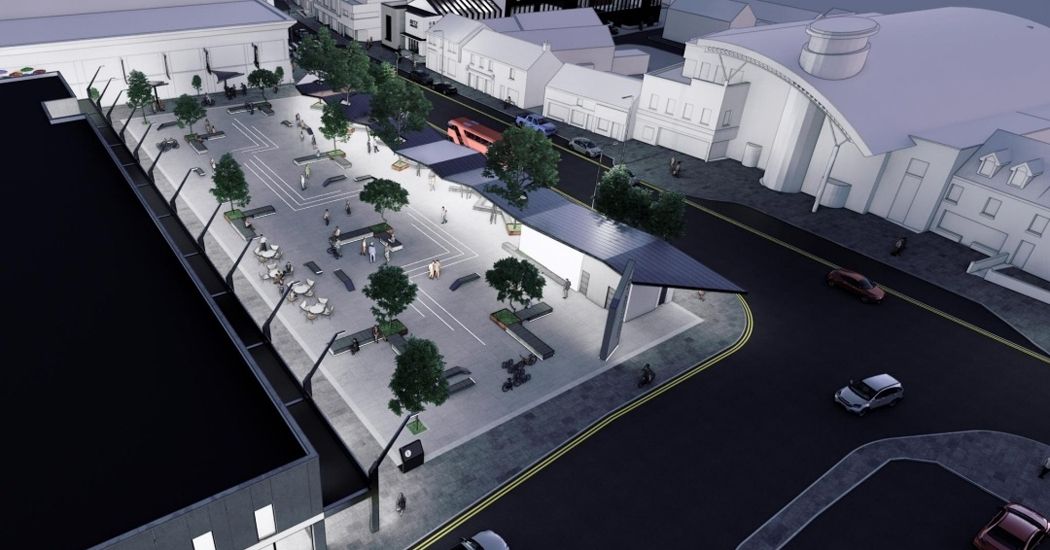 In Pictures: See how Ballybofey will be regenerated under €8.7M fund

A new-look town centre is on the way for Ballybofey following a €8.78m funding allocation announced today.

Ballybofey-Stranolar is one of three Donegal projects to gain Rural Regeneration and Development Funding this year.

The funding will go towards the Strengthen, Engage, Enable, Deliver Project (SEED) Project in the Twin Towns, which will restore the old Ritz Cinema Heritage Building into a 1,400sq.m Enterprise and Remote Working Hub.

The main shopping centre car park beside McElhinneys will be relocated behind the shopping centre as a multi story carpark and the existing carpark will be developed into a state of the art open civic space with public toilets, seating etc. 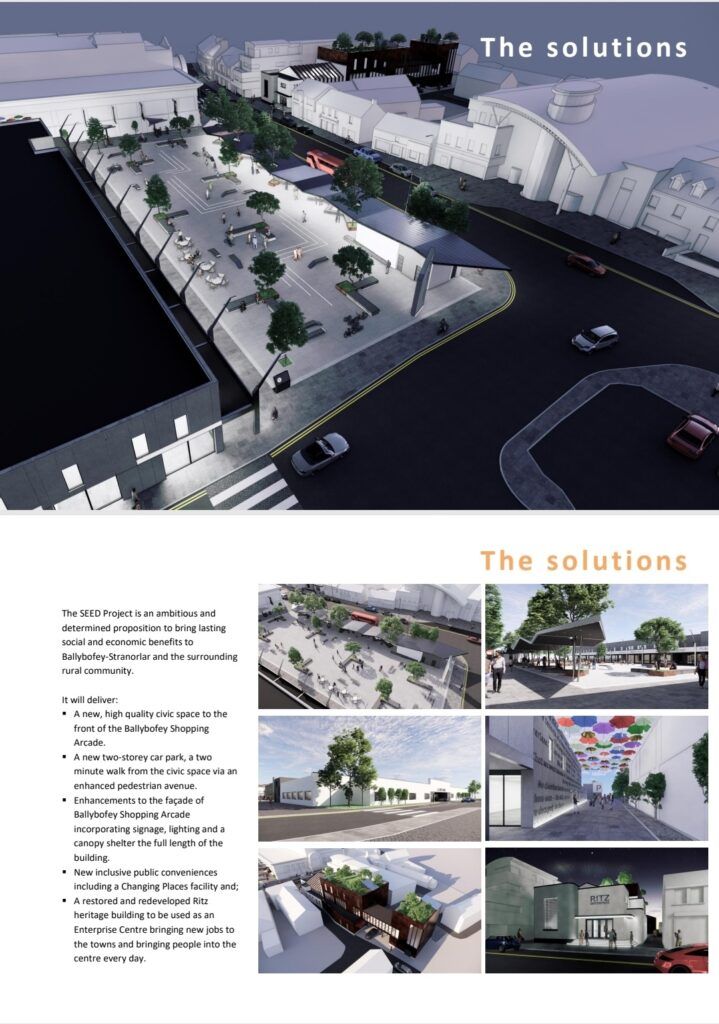 Speaking this morning Cllr Gary Doherty said “As Cathaoirleach of the Lifford-Stranorlar Municipal District I am absolutely delighted with the news this morning that the SEED Project submitted for Ballybofey-Stranorlar has been approved for funding of €9.7 million.

“This Project has been ongoing for some time with co-operation between Council staff, Elected members and the community in the Twin Town.

“It will have a transformative effect on the town centre, and huge credit is due to Paul Kelly, Sinead McCauley, Claire McCallan and all the staff at Donegal County Council who made this happen.

“Huge credit also to the community and businesses who got behind the project, not least those who have been campaigning to save the Ritz building and its historical facade.

“This is a real good news story at a time when we need it most!” 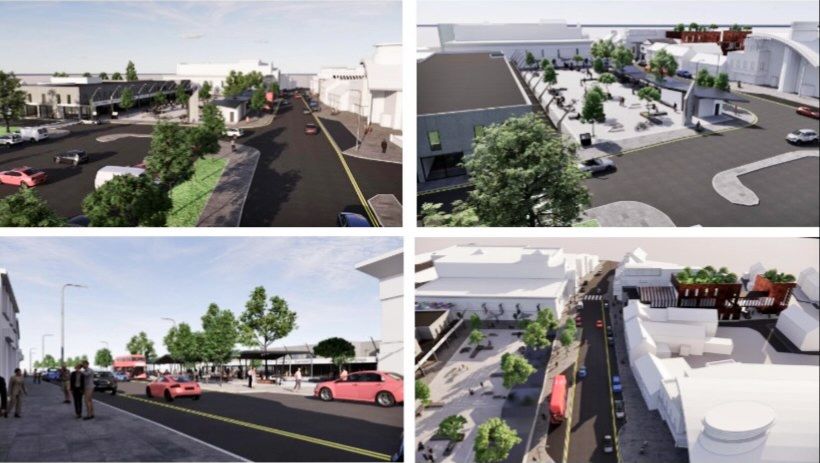 Councillor Patrick McGowan also welcomed the major funding for Ballybofey. A founding member of BASICC, Cllr McGowan acknowledged the years of work that have gone into this project.

“I wish to thank Minister Charlie McConalogue and Minister Humphreys for their support and commitment from Government,” Cllr McGowan said.

“The entire East Donegal area and Finn Valley will benefit from the Development.

“Big challenges face the Twin Towns with the planned Ten-T bypass, Brexit, Covid etc and this investment couldn’t come at a better time especially so soon after the €4 million announcement for the Harps stadium.

“There is a lot of investment going into the area recently with the New St Marys NS under construction and plans underway for the new town park at Drumboe, it is hoped this will give confidence to the private sector to continue to invest in what will be a great place to live, work and raise families in,” said Cllr McGowan.

In Pictures: See how Ballybofey will be regenerated under €8.7M fund was last modified: April 19th, 2021 by Rachel McLaughlin