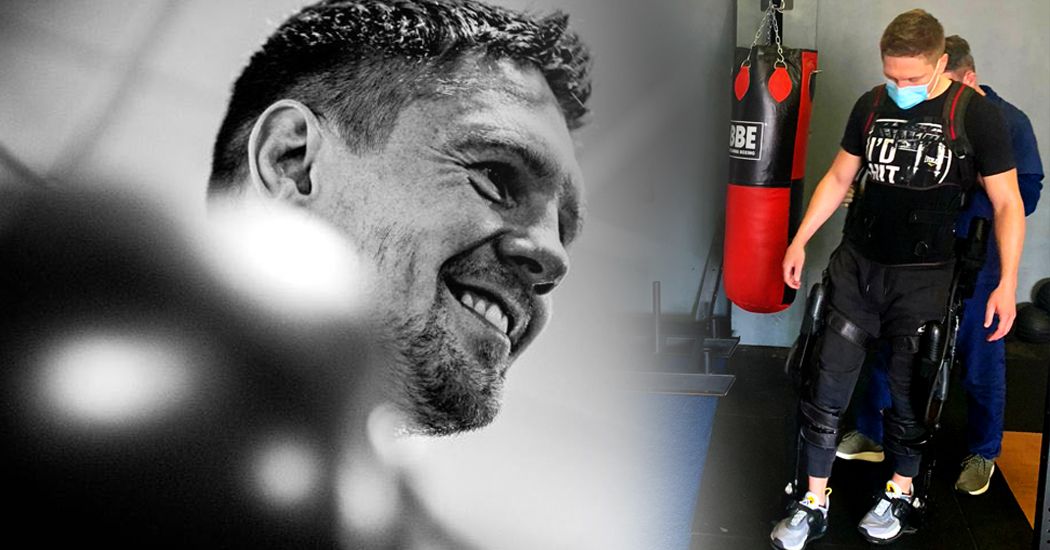 The No Barriers Foundation hooks Jason Quigley as charity ambassador

The No Barriers Foundation has announced Jason Quigley as the latest Ambassador to help strengthen their work empowering people with disabilities in Donegal.

The Golden Boy Promotions middleweight boxer is the second Ambassador to come onboard with the Donegal-based foundation which left him “in awe” with their work breaking down barriers to rehabilitation and exercise for all.

The No Barriers centre in Letterkenny houses Donegal’s only Exoskeleton, which is a state-of-the-art robotic suit used by people with stroke, MS, brain injury or spinal cord injury to stand up and walk.

Quigley was both inspired and stunned after a recent tour of the centre. The three-time European champion and world silver medalist was given a trial walk in the Exoskeleton and saw first-hand the life-changing services No Barriers offers to people in the North West. 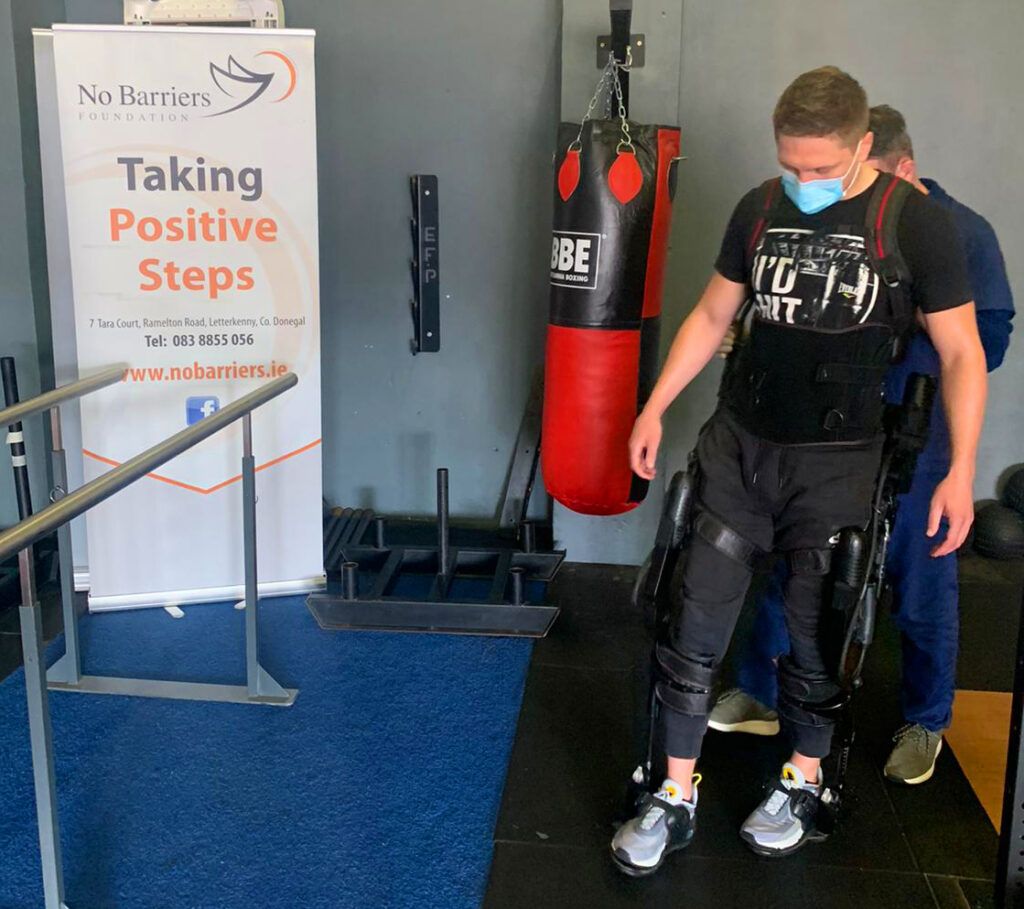 “It showed me what an unbelievable organisation No Barriers is. We are really blessed to have No Barriers in Donegal.”

Quigley, who rejoined the WBC world rankings at number 14 this week, is currently in camp with trainer Andy Lee and looking ahead to being back in the ring next month with a big fight announcement imminent. Throughout the year he is lending his support to raising awareness of the positive steps taken by No Barriers. The foundation will also be one of the benefiting causes of this year’s virtual Northwest 10k in June. 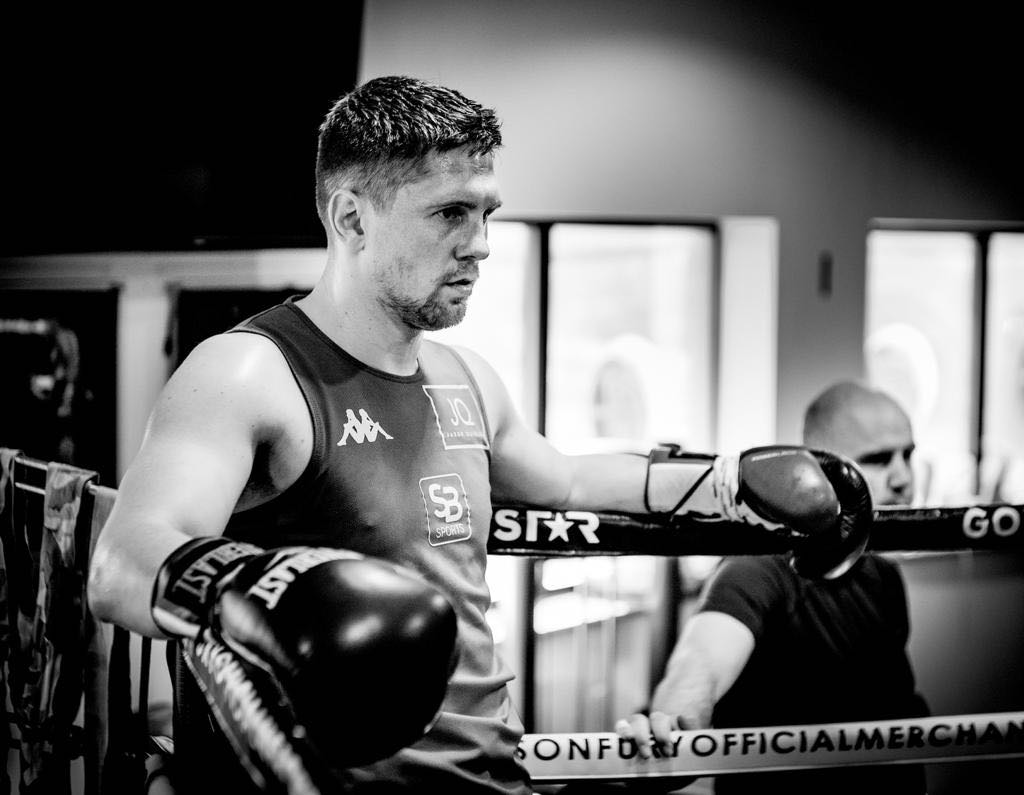 Seeing the work of the No Barriers Physiotherapists and Exercise Therapists left Quigley humbled, he said.

“People often talk about ‘giving back’ to people who are worse off than you – this is a real example of giving back. They are giving so much, even above the actual physical help. They give hope, ambition and inspiration. You can’t put a value on that.

“I was just struck by how caring and how kind people can be when I saw what the people at No Barriers are actually doing for people. I could feel I was around good, genuine people. They are real heroes.

“To be honest, I was in awe of them. Usually, I could step into a group of people and just be a part of it. When I was in the room with the lads from No Barriers, I honestly felt like I didn’t have a patch on them.”

The foundation is continually welcoming new service users and their message of motivation and hope for people with stroke, spinal injury, MS or any neurological disorder is set to be further strengthened by Quigley’s energy.

“Usually this is the type of thing that people have to fly to. It’s amazing to have something like this in Donegal. I’m delighted to be a part of this and working or helping in any way I can with a truly inspirational team of people.” 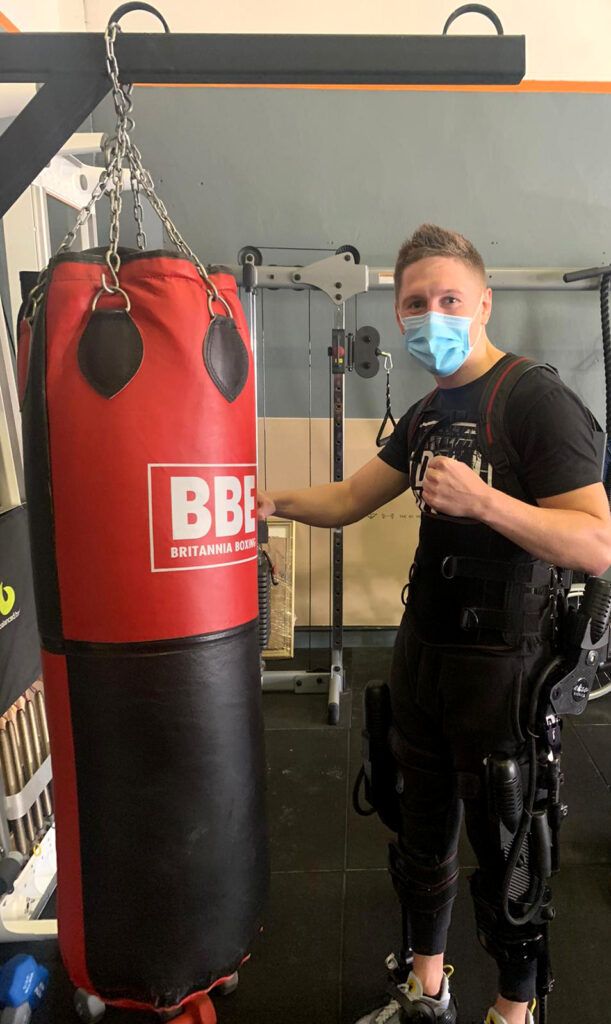 Johnny Loughrey, Chairman of The No Barriers Foundation, has hailed Quigley’s backing as a powerful force for the team and service users. Quigley is the second local ambassador to show their support for No Barriers, with award-winning adaptive adventurer Nikki Bradley teaming up with the foundation in 2019.

Loughrey said: “We are delighted Jason has come on board as an Ambassador for No Barriers. His mindset and attitude towards everything he does both in the ring and outside of it mirrors what No Barriers stands for.

“Every person working with No Barriers has their own daily battles both physically and mentally.

“Jason is and will be a huge inspiration to all the exercisers coming through the door every week. We are very grateful to him for generously giving of his time and energy to help us.”

Find out more on www.nobarriers.ie or for queries on services, please email: hello@nobarriers.ie