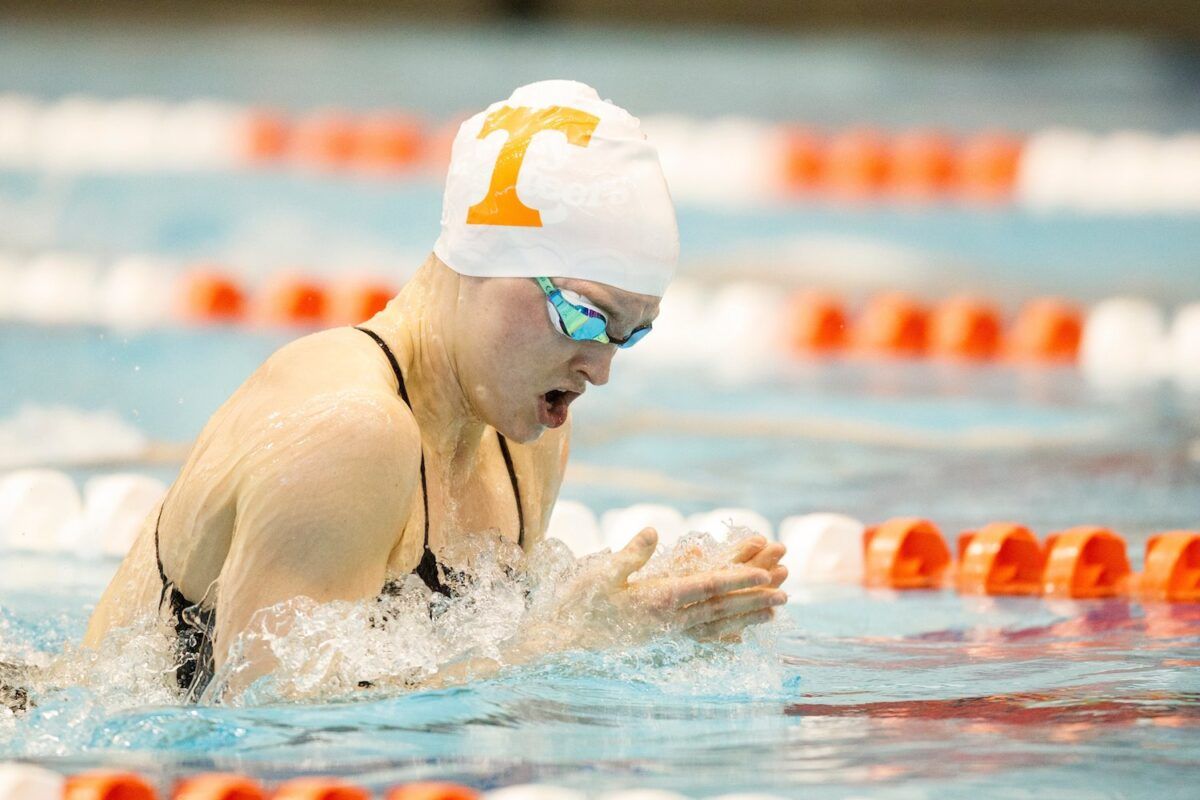 SWIMMING star Mona McSharry is on her way to the Olympic Games.

McSharry, who competes for Marlin’s Swimming Club in Ballyshannon, reached the qualifying time in the 100m breaststroke this morning at the Irish National Team Trials at the National Aquatic Centre.

McSharry broke her own Irish record to finish her heat in 1:06.97.

“Even last year, before Covid, I was talking to my coach about how I wanted to qualify.

“I’ve done this now. Seeing 1:06 on the board is just overwhelming.”

The 2017 World Junior champion needed 1:07.07 to seal her place in Tokyo and, at the first attempt of the week, she managed it in style.

The Marlin’s ace is now based at the University of Tennessee and has been in superb form Stateside.

Last month, McSharry broke the record in the 200m breaststroke and also bested the school’s 100m breaststroke record at the Women’s NCAA Swimming and Division Championships.

McSharry – who was a bronze medalist at the 2019 European Short Course Championships – won silver in the 100m breast, turning in a school record of 57.80. seconds.

The time eclipsed her own previous best, just a month after she took the time off Olympian Molly Hannis, 58.22 set in 2013. McSharry was fourth in the nation in the 100m breaststroke with her 57.80 effort, while in the 200m, she was third in the nation, taking her own record again in 2:05.01.