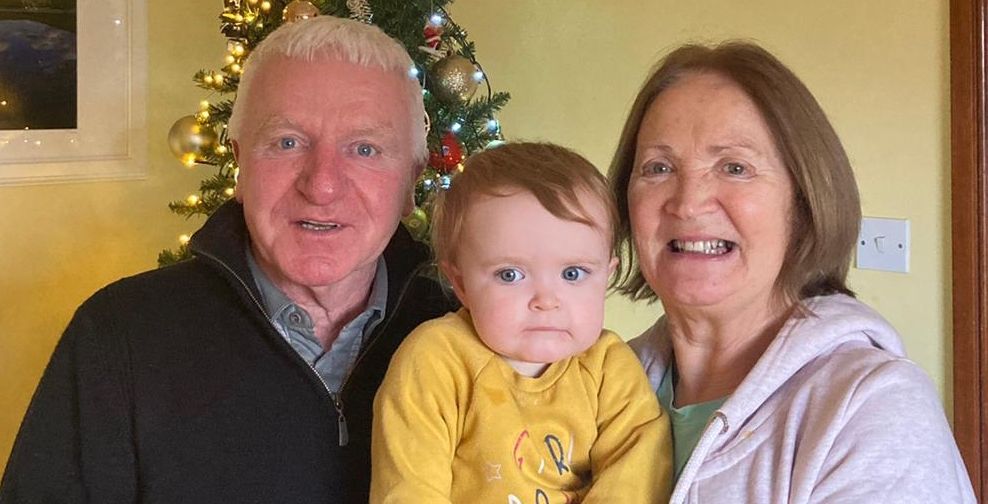 Having survived cancer on six occasions Ballyshannon man and former Hospital and Tourism manager Paul McLoone says catching his recent bowel cancer early has enabled him to enjoy time with his first grandchild Fiadh that he otherwise might not have had.

He came through his first diagnosis of bowel cancer back in 2006 and having overcome cancer in the liver (twice) and prostate in the following seven years, life was good for Paul and his wife Marie as they eagerly awaited Fiadh’s first birthday.

However, in April last year, Paul noticed that he was going to the toilet more frequently and knew that the unusual bowel movement signalled that something was not right.

Experience told him that swift action was required and although a CT scan did not show evidence of a problem, he asked for a colonoscopy which identified another tumour in his colon that needed surgery. He sought two further medical opinions and even with the onset of the Covid Pandemic he immediately opted for surgery in the knowledge that he could come through it again

Paul had the added complication of a skin cancer being found on his left eyelid in February of this year but again early detection and surgery eradicated the problem. Recent histology and scan results have shown that Paul is again cancer-free.

Paul, who of course is well known for his involvement with the Finn Harps stadium project, says he is thankful to the Irish Cancer Society services especially the Freephone Support Line which enabled access to nurse specialist and remote counselling sessions.

He also joined local support groups and says he is forever grateful to fellow patients that the society put him in touch with. 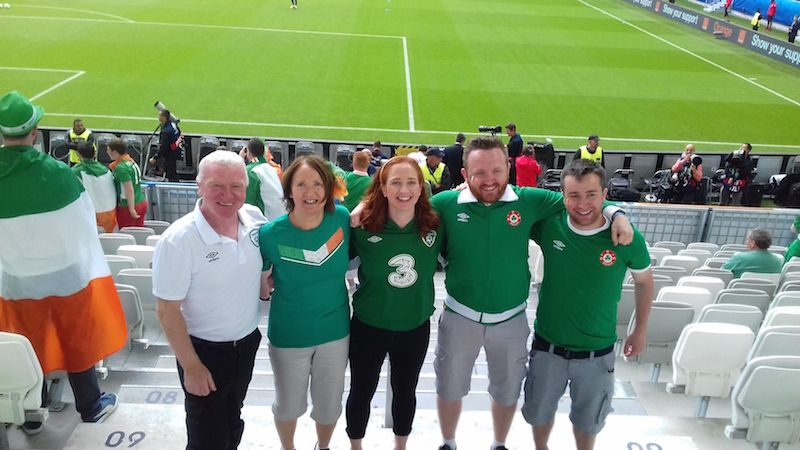 Paul and family at an Irish game.

He adds that catching cancer early made the difference for him: “My primary cancer is in the colon and the advice I received from the Irish Cancer Society’s nursing helpline back in 2006 concerning early detection and treatment has served me well in my long journey with cancer.

“I am delighted that I have gotten back time to spend with my family and especially our new granddaughter. As far as I’m concerned being aware of those changes in my body and acting quickly was key for me.

“I’ve had so much amazing support over the years and my overriding feeling is of relief and joy that I am still alive and well. No one knows what lies ahead but the key thing in my cancer journey was early detection and reaching out for help.

“Cancer diagnosis is very tough both physically and mentally so the earlier you detect it the better chance you have. You are not in this alone as it also affects your family and friends so I owe it to all of them to give it my best shot’.

According to the Irish Cancer Society nearly 2,800 people are diagnosed with Bowel cancer each year. If found early it can be successfully treated, therefore early detection is the best protection.

April is Bowel Cancer Awareness month so learn how to reduce your risk and detect bowel cancer at their website www.cancer.ie/bowel