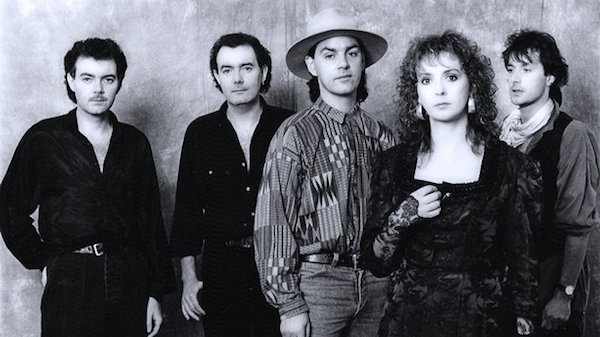 Donegal band Clannad have announced details of the Irish leg of their Farewell tour.

The legendary West Donegal group will play four Irish tour dates set for Spring 2022 as part of their In A Lifetime farewell world tour.

The Brennan family started the tour back in February 2020, to commemorate the release of their retrospective album In A Lifetime.

However, after playing shows in Cork and Belfast and a string of gigs in the UK, the pandemic caused the rest of the tour to be postponed.

They will play Wexford’s National Opera House on March 23 before taking to the stage at Limerick’s University Concert Hall on March 24.

The band will headline Galway’s Leisureland on March 26 before concluding the domestic shows on March 27 at Derry’s Millennium Forum.

The band’s UK shows will now take place in October and November 2021, with the group embarking on Europe and North America in April and September 2022 respectively.

Following the postponement of the tour, Clannad have kept themselves busy with various projects.

In their day, the group have won Grammies and BAFTAs and have sold more than 15 million records worldwide.

The group released their Rarities collection in September 2020, and to mark St. Patrick’s Day 2021, they joined forces with 2020 Choice Music Prize winner Denise Chaila to release a new version of In A Lifetime.

Moya Brennan also teamed with the next generation of Irish talent on two occasions, firstly as part of charity collective Irish Women in Harmony who reached Number 1 on the Official Irish Homegrown Chart, and with Belfast techno producer Trance Wax for his song Rivers.

Clannad’s In A Lifetime: The Farewell Tour Irish dates: