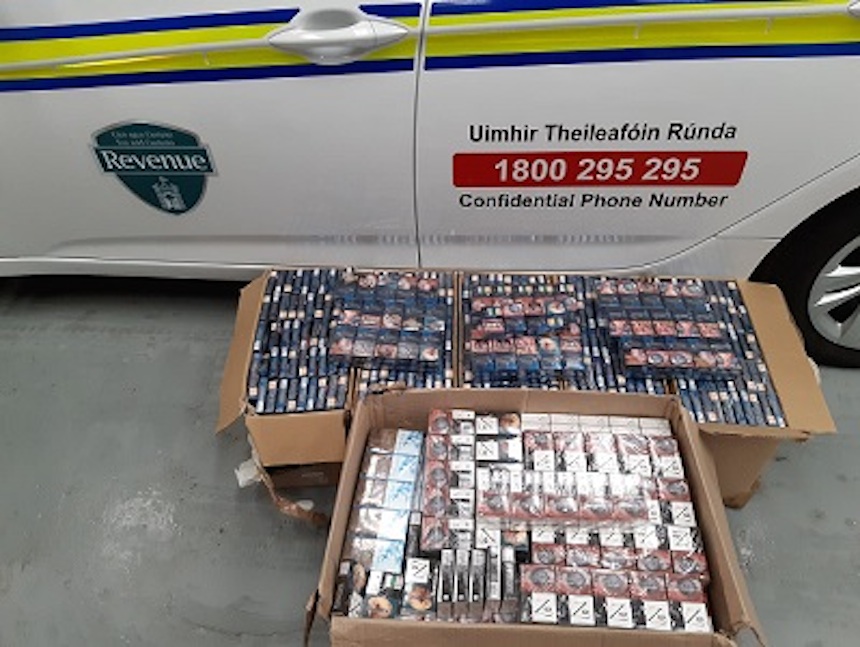 ALMOST 50,000 illegal cigarettes were seized in Donegal this week.

With the assistance of detector dog, Bill, officers searched a premises in Ballybofey.

The search was carried out under warrant and in excess of 49,000 cigarettes were seized.

The unstamped cigarettes, branded ‘Rothmans’ and ‘NZ’ have an estimated retail value of more than €35,000, representing a potential loss to the Exchequer of over €27,700.

A Lithuanian man in his forties was questioned in relation to the find. 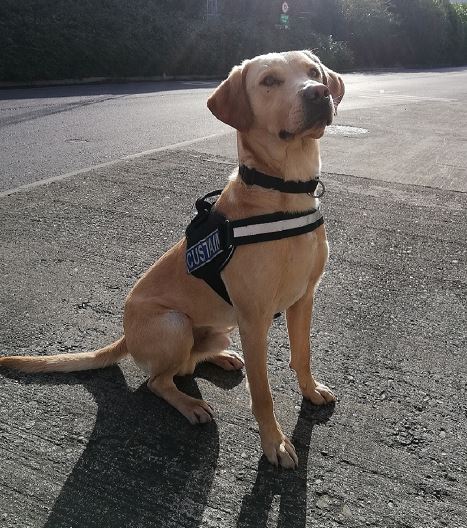 Bill, the Revenue dog, who was busy in Ballybofey during the week.

Over the course of the last week across Ireland Revenue seized over 233,500 cigarettes, more than 8.9kgs of illegal drugs, cash in both Euro and Sterling and 440 litres of beer.

These seizures are part of Revenue’s ongoing operations targeting the shadow economy and smuggling.

If businesses, or members of the public, have any information regarding smuggling, they can contact Revenue in confidence on Confidential Phone Number 1800 295 295.