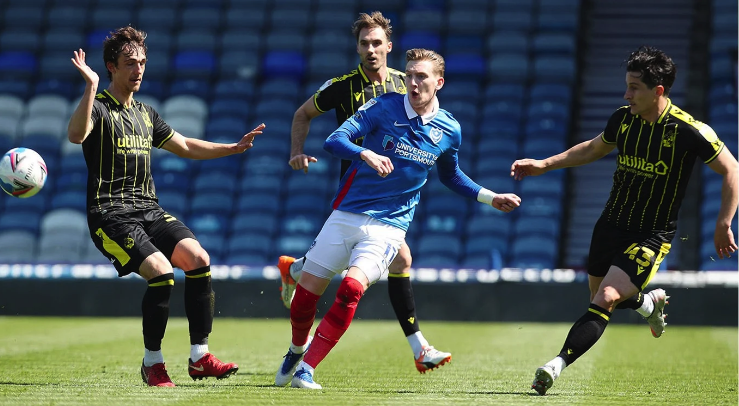 Pompey are outside the play-off positions on goal difference ahead of Tuesday’s away game at Accrington.

After an away game at AFC Wimbledon, Portsmouth complete the League One programme at home to Accrington on May 9.

Curtis bagged his ninth goal of the season in Saturday’s 1-0 win over Bristol Rovers at Fratton Park.

“We can do amazing things with this group of players and hopefully this is the start of another run to the end of the season,” the St Johnston man said.

“There are three games left and each one is now like a cup final for us as we try to get into those play-offs.

“It feels good to win, but we’ve got to take it step by step and look to keep on getting more results like that.

“We need to give everything in each game and hopefully we’re in the top six after the last one of them.”

Irish international Curtis has had a busy schedule of late, but the 25-year-old isn’t eyeing a break.

He said: “Those front four are having to play almost every minute and it’s mentally tough, but I want to play in all the games because I love it.”