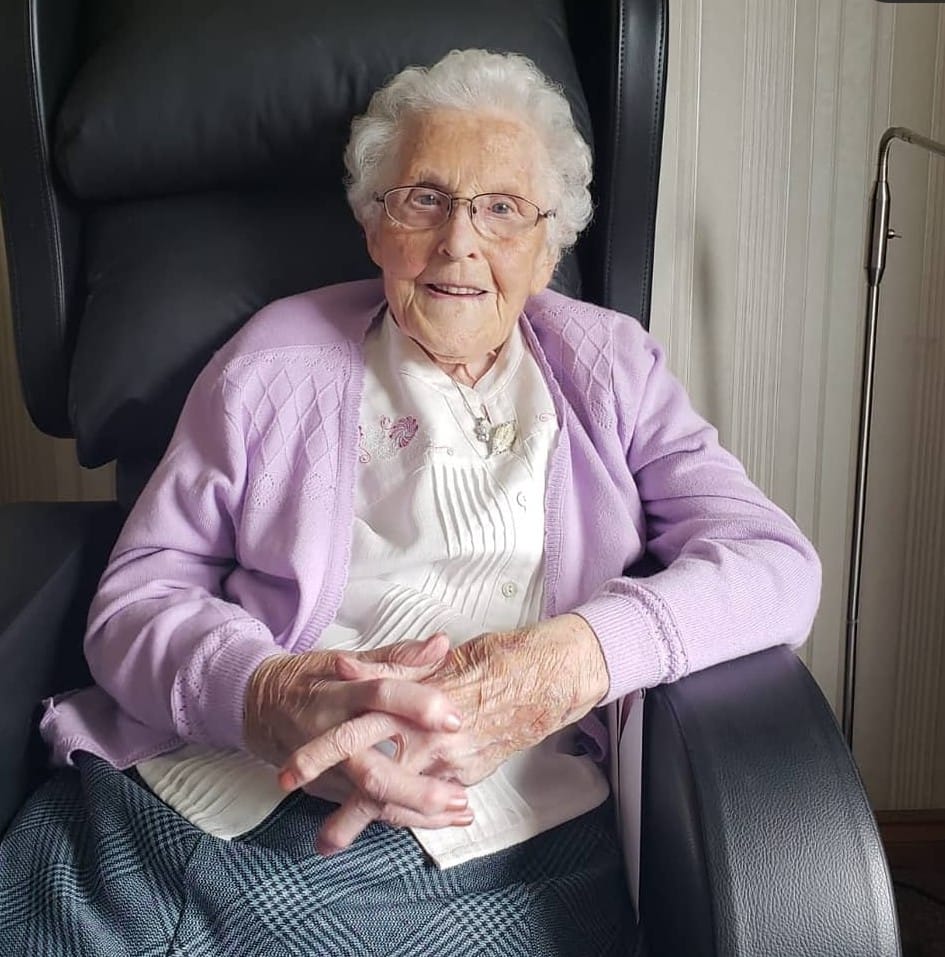 THE death has taken place of one of Donegal’s oldest citizens, Polly Devenney.

Polly sadly passed away in her 100th year at her home in Moneygreggan, Newtowncunningham.

Polly and her husband John had eight children, including a daughter, Margaret, who died in 1971.

She kept an eye on all sport and former Donegal GAA forward and Finn Harps player Brendan Devenney is among her 33 grandchildren.

Funeral Mass can be viewed at https://www.churchservices.tv/newtowncunningham on Thursday, 29th April, at all Saints Church, Newtowncunningham, at 11am, followed by burial in the adjoining cemetery.

Due to ongoing HSE and government guidelines, the wake and funeral Mass will be private for family only. Family flowers only.

Donations in lieu, if desired, to The Day Centre, Trinity Court, Newtowncunningham c/o any family member.