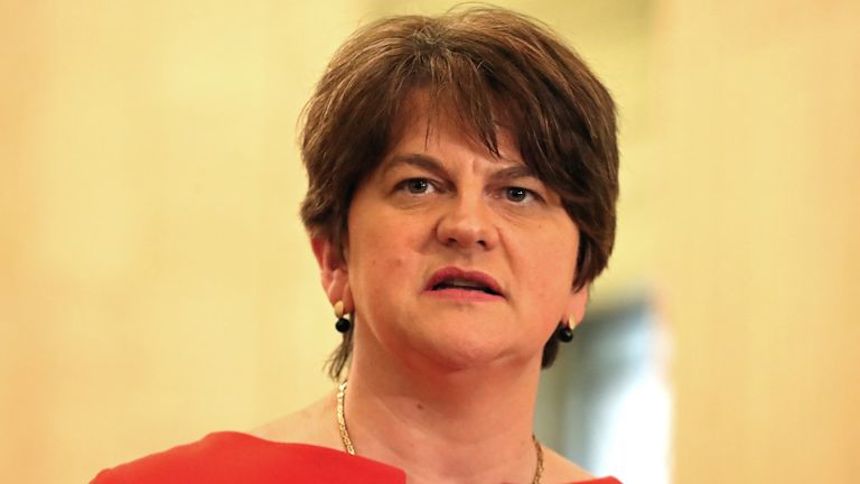 Breaking: Arlene Foster to step down as DUP leader and First Minister

ARLENE Foster will step down as the leader of the Democratic Unionist Party (DUP) and as first Minister of Northern ireland.

Ms Foster will step down as the DUP leader on May 28 and as First Minister at the end of June.

The news means her five-and-a-half-year reign as DUP leader will come to an end. The Fermanagh-South Tyrone representative came under fire from within her own party’s ranks recently.

There was discontent within the DUP regarding Ms Foster’s handling of Brexit, among other issues.

“It has been the privilege of my life to serve the people of Northern Ireland as their First Minister and to represent my home constituency of Fermanagh/South Tyrone,” she said in a statement.

“I first entered the Assembly in 2003 and undoubtedly the journey of the last eighteen years has been memorable.

“There are many people who have helped and supported me throughout that period and I will always be grateful for the kindness and support shown to me by them.

“Whilst there have been many difficult and testing times for the executive it remains my firm view that Northern Ireland has been better served having local ministers at this time.

“It is unthinkable that we could have faced into the coronavirus pandemic without our own devolved ministers in place and no ministerial direction for departments.”

Breaking: Arlene Foster to step down as DUP leader and First Minister was last modified: April 28th, 2021 by Chris McNulty