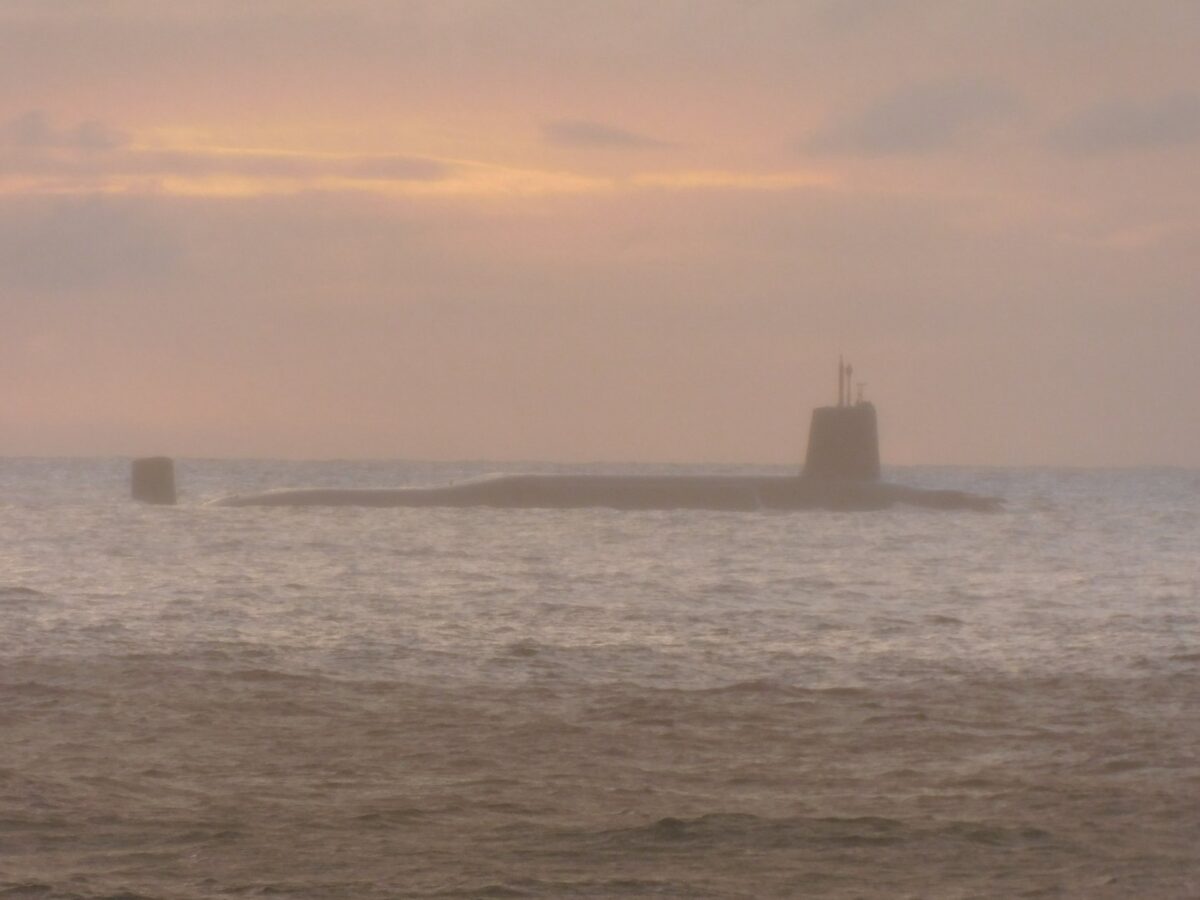 A LARGE submarine was pictured this morning just 20 miles off the Donegal coast.

The sub was captured by Dunkineely man Damien McCallig.

Mr McCallig is the chief engineer on the RV Celtic Explorer.

The submarine was pictured heading towards the UK 20 miles northwest of Malin Head.