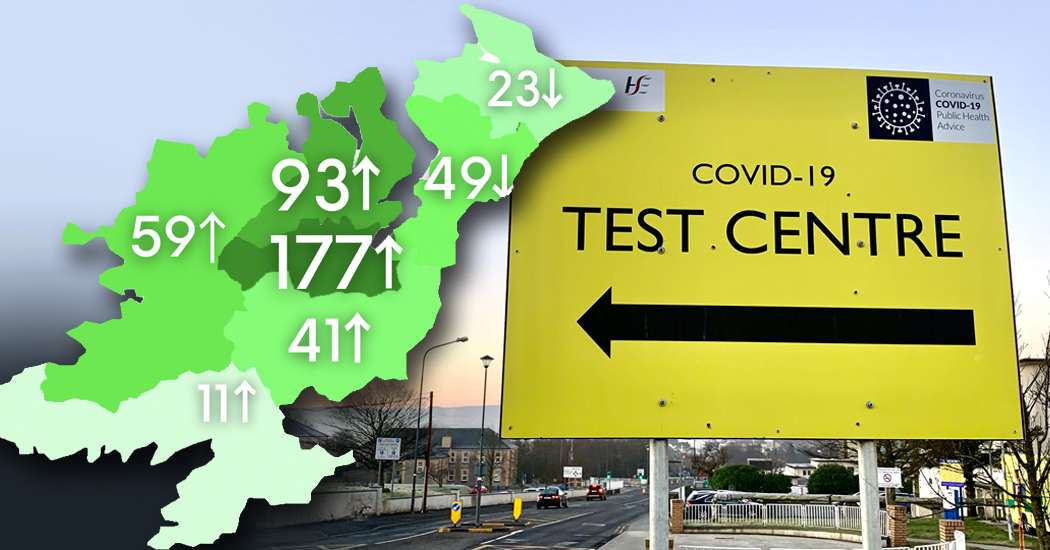 Two local areas of Donegal have recorded Ireland’s highest rates of Covid-19 in the past fortnight.

The Milford and Letterkenny areas have the two highest incidence rates in the country at five times the national average.

The spread of the virus has also impacted schools in these regions in recent weeks, with cases confirmed among students and staff in certain schools, and entire class groups told to stay at home.

New cases have doubled in the past two weeks in the Milford area, which includes Fanad, Ramelton, Rathmullan and Kilmacrennan. Between 13th-26th April there were 93 cases of the virus, which leaves the 14-day incidence rate at an alarming 675.3 per 100,000.

Letterkenny recorded Ireland’s second highest Covid-19 rate in recent weeks. There were 177 new cases diagnosed, which resultes in an incidence rate of 594.1 per 100,000.

Cases have also doubled in the West Donegal region, where schools have also been impacted this month.

In this latest analysis, Covid-19 rates have increased in five of Donegal’s seven LEAs. Rates are up in Letterkenny, Milford, Glenties, Lifford-Stranorlar and Donegal. Case numbers are down in North Inishowen/Carndonagh and South Inishowen/Buncrana.

See the table below for more information: 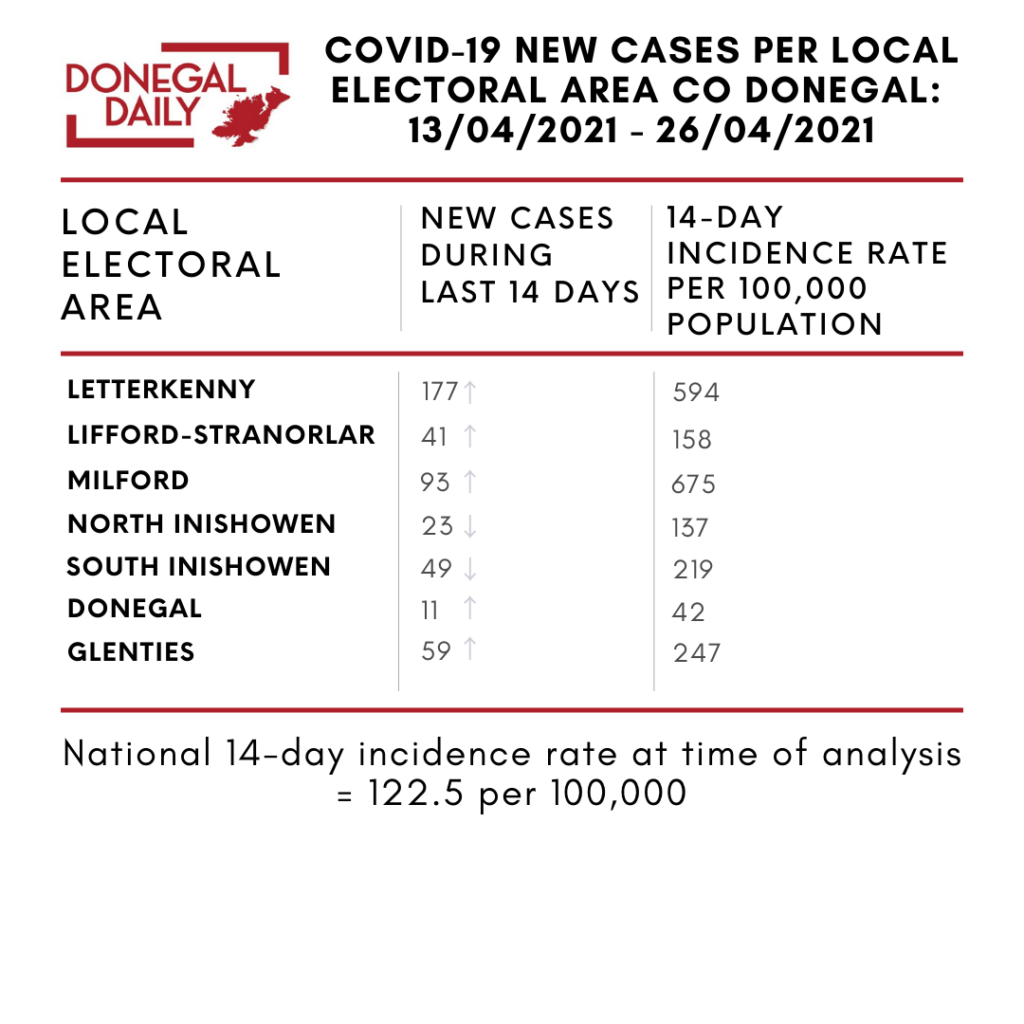 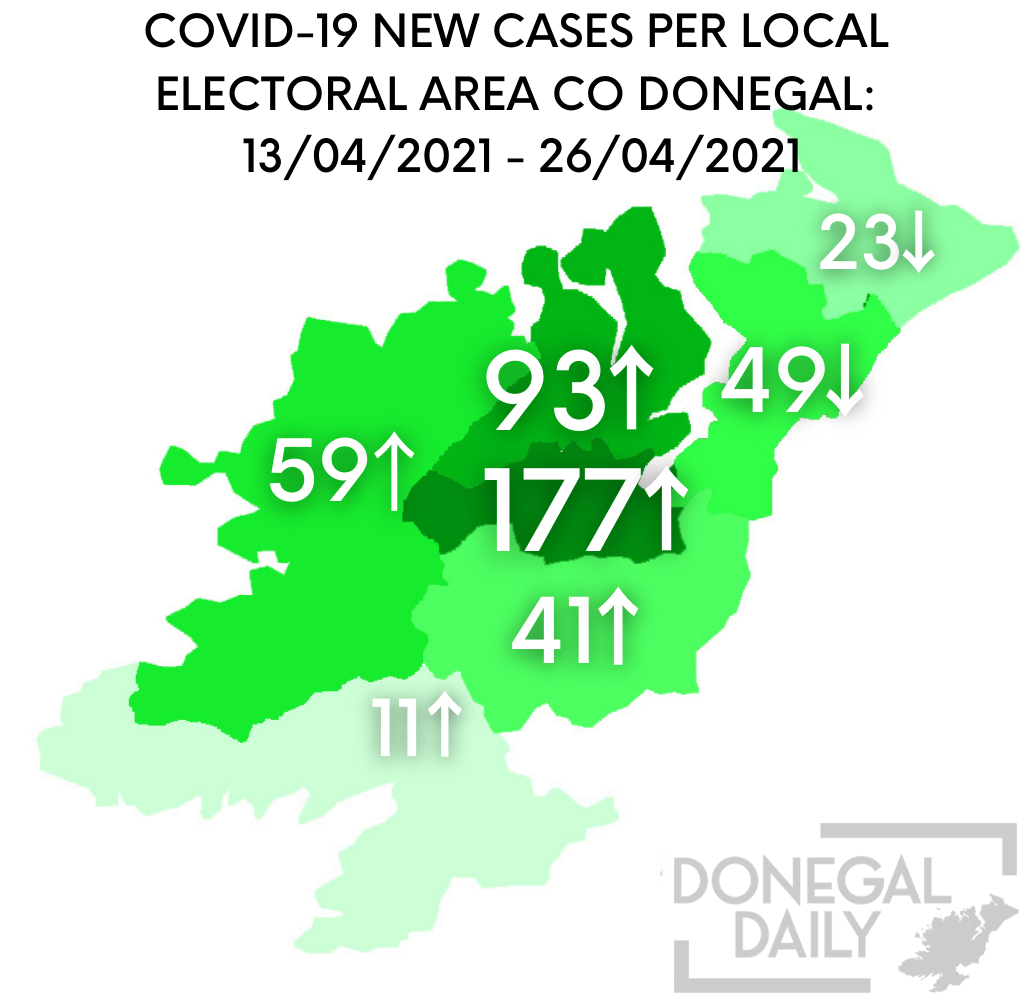