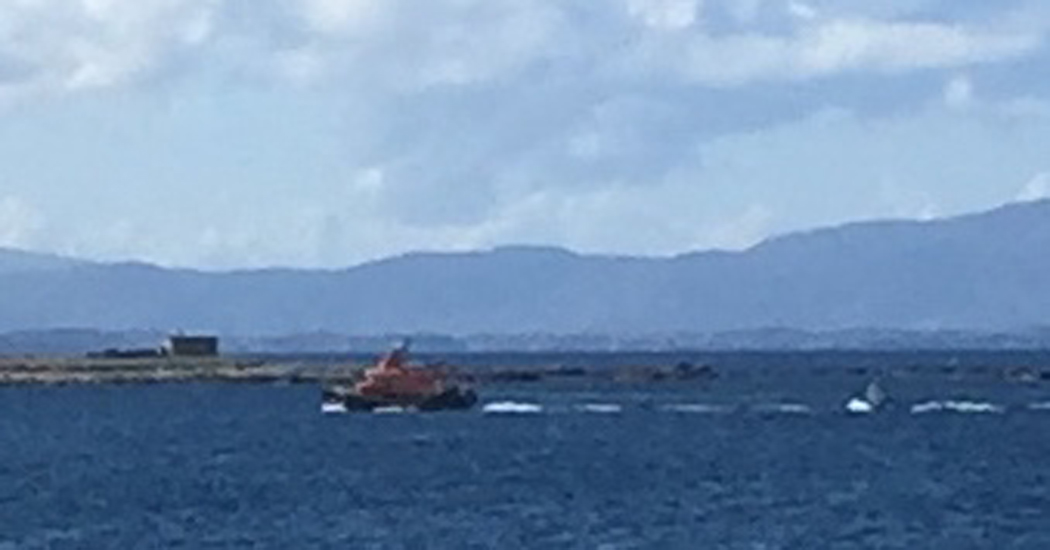 RNLI volunteers came to the aid of two people this morning after their boat got into difficulty off Arranmore island.

A boat had suffered engine problems early this morning off the north coast of the island.

The Arranmore RNLI all-weather lifeboat was launched to the scene at 9.30am.

On arrival, the lifeboat crew checked that all was well before working with the crew to secure a tow rope and proceed to tow the boat safely to shore. The lifeboat returned to anchor at 12 noon.

Weather conditions at the time were clear with a northerly Force 4-5 wind and a swell of approximately one metre.

It was the second call for assistance in just over 12 hours. Arranmore RNLI was called to assist a boat which got into difficulty off Arranmore Island at 8pm yesterday (Thursday 29 April). On arrival at the lifeboat station, the responding volunteer crew were asked to cancel the call as the crew on board the boat had managed to restore power and made their way safely ashore.

Speaking following the calls for help, Arranmore RNLI Coxswain Jimmy Early said: ‘This is our nineteeth call out to date this year and we are really pleased that all have ended safely. We are expecting a busy summer and we would ask everybody visiting coastal areas to heed the RNLI and Irish Coast Guard’s key messages of safety.”

Meanwhile, tomorrow Saturday 1 May, sees the launch of the RNLI’s month long Mayday fundraising campaign with the charity calling on people to sign up to support lifesavers around Ireland. This year, the RNLI is asking supporters to join the Mayday Mile, and cover at least one mile in any way they like in order to raise vital funds.

To find out more and to sign up for the Mayday Mile, or to make a donation in support of the RNLI’s lifesavers, visit RNLI.org/supportMayday