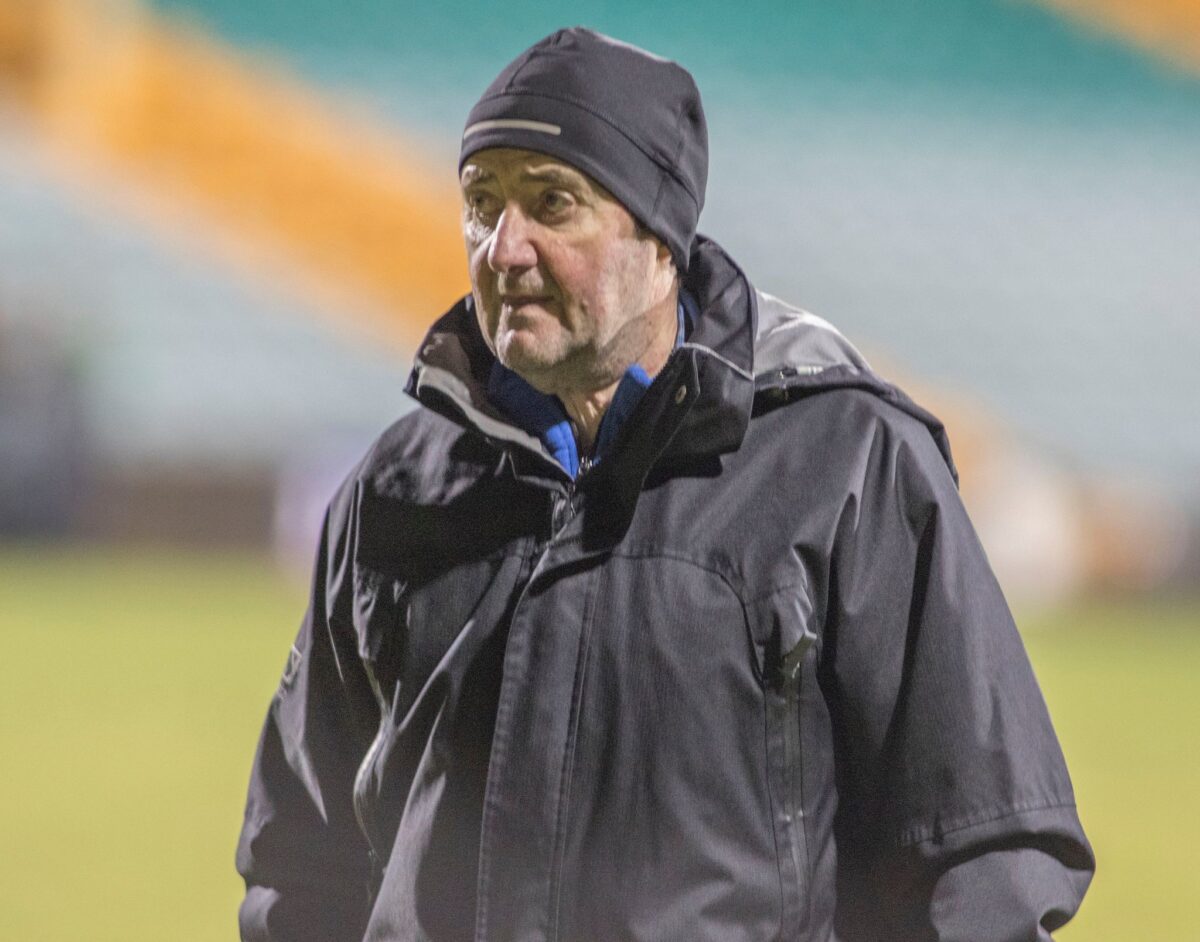 written by Chris McNulty May 1, 2021
FacebookTweetLinkedInPrint

A DEEP sadness swept across Donegal this afternoon as news of the death of popular Glenties photographer Michael O’Donnell filtered through.

He was best known for his work behind the lens at GAA matches.

The pictures captured by the camera of Michael ‘Jack’ O’Donnell illustrated the trials,tribulations and triumphs of Donegal GAA

He was pitch-side for Donegal’s greatest hours, the All-Ireland final wins in 1992 and 2012.

Michael was trusted implicitly by a succession of Donegal managers – so deeply he was even permitted to attend county training sessions without fear of any leaks from the camp. A treasure trove of images, snapped from dressing rooms to team busses and function rooms, followed as a result. 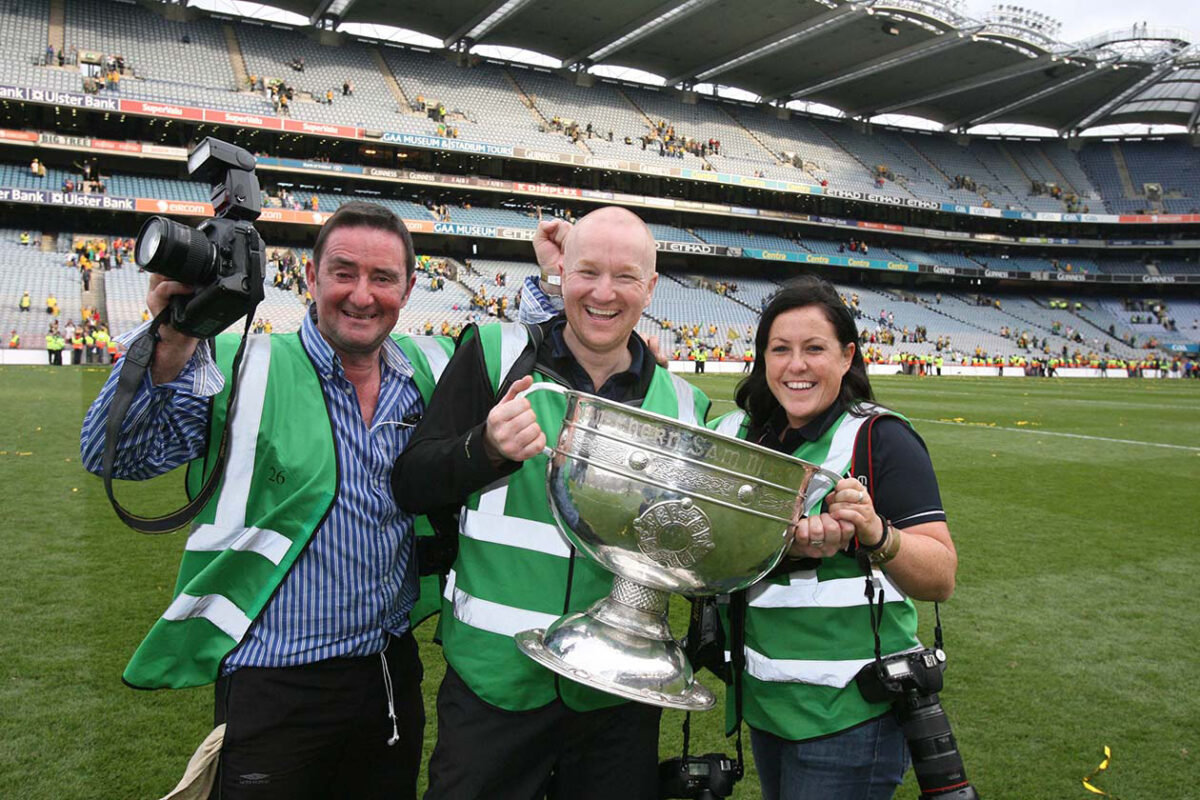 Michael first submitted images to the Donegal Democrat from a club game between Naomh Conaill and Ardara in 1981.

In the decades that followed, Michael’s pictures of games at all levels and venues – across the country and beyond – became something of an institution.

Michael was unashamedly a Donegal supporter and urged them with gusto from his sideline sentries over the years.

“He loved what he did,” says former Donegal midfielder and fellow Glenties native John Gildea.

“He was a very amicable character. He was one of those guys always had time for people. He loved sport and loved people. Michael was one of life’s good guys.”

The green and gold of Donegal might have beat from his heart, but it was the blue of Naomh Conaill and Glenties that coursed through his veins.

Michael O’Donnell was from Glenties and of Glenties – and he wanted the world to know.

There wasn’t a prouder being at Sean MacCumhaill Park in October 2019 when Michael’s beloved Naomh Conaill beat Gaoth Dobhair in the second replay of a gripping senior championship final trilogy.

He later told how he had ‘tears in my eyes’ when, late into the Glenties night, he was there to welcome home the heroes, led by Ciarán Thompson, the captain, clutching Dr Maguire. 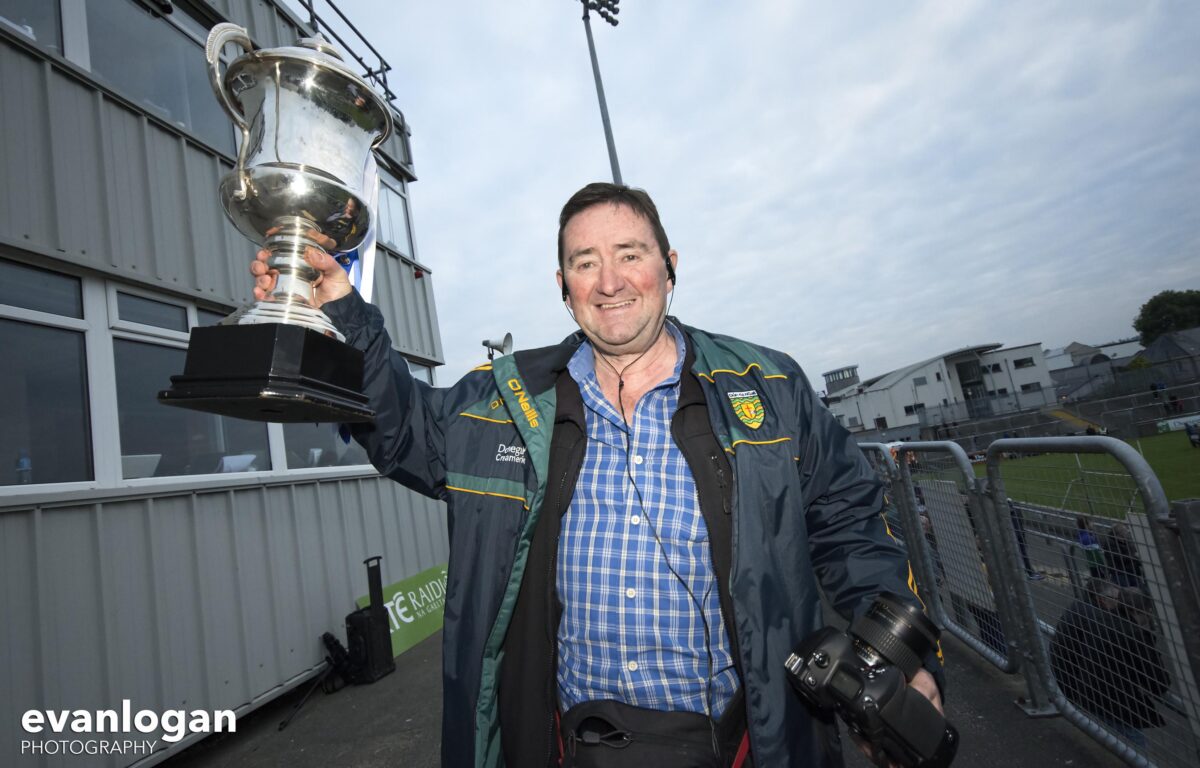 The 2020 final, due to feature Naomh Conaill, has yet to be played or fixed; it would have been his 40th county final behind the lens. Whenever it may be played, you can be sure  Michael will be looking down on their quest to land the ‘big Pandy’ again.

Michael knew the game he was following and had the rare knack of getting the ‘right’ images. Naomh Conaill are celebrating the club’s 100th anniversary this year – how lucky they have been to delve into Michael’s extensive archives.

For years, his ‘face in the crowd’ picture spreads in the Donegal Democrat and, later, the Donegal Post, were also the stuff of legend. Not only did he appear to know every Donegal fan from Sean Mac Cumhaill Park to Páirc Uí Chaoimh, the captions – sometimes hilarious, sometimes brutal, but always delivered with that unique humour caught many in their tracks. 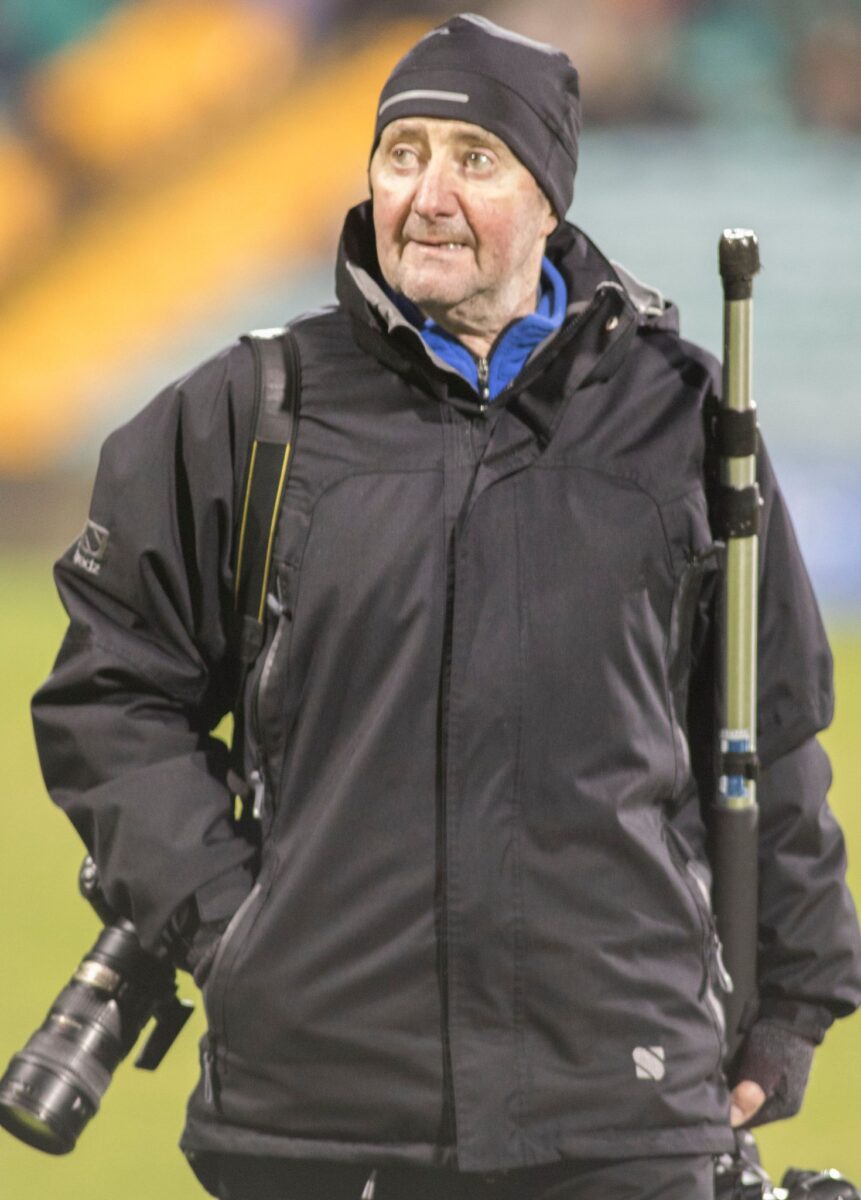 Armed with an infectious wit and a lexicon of one-liners that would slice raw iron, Michael was universally loved by the Donegal press corps. You were certainly always kept on the toes if Michael was approaching with that mischievous glint.

Just as the sport prepares for its return from the lengthy lay-off dawns a realisation that those moments are now eternally confined to memory.

Michael – just like the thousands of pictures he produced – leaves an imprint on history, which will last well into the future.

Michael was born in Ard Patrick, the eldest in a family of nine to Nora and the late Jack O’Donnell.