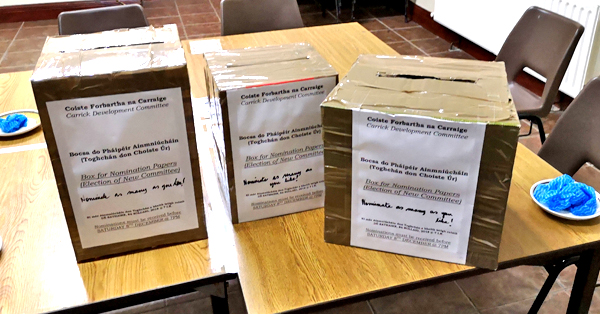 Deputy Thomas Pringle is bringing a Private Members’ Bill to the Dáil tomorrow calling for a referendum on lowering the voting age to 16.

Deputy Pringle said: “I am introducing this Bill on Thursday to coincide with the Scottish and Welsh elections, in which 16 and 17 year olds are voting.”

The Killybegs-based TD noted that in March 2013, the first report of the Convention on the Constitution examined this issue and the majority recommended that the age be reduced to 16 and that the franchise be extended for all elections.

He also commended Senators Fintan Warfield and Lynn Ruane on their Seanad bill that would allow 16 and 17 year olds a vote in local and European elections.

Deputy Pringle said his bill, the Thirty-Ninth Amendment to the Constitution (Right to Vote at 16) Bill 2021 is a simple constitutional amendment bill.

He said: “My bill would put the question to the people of Ireland on whether or not they agree to amend Article 16 of the Constitution, reducing the age of eligibility to vote in Dáil elections down from 18 years of age to 16 years of age.

“This change, if accepted by the people, would mean that people could register to vote from the age of 16 years and be allowed to vote in all elections, including referenda,” he said.
Last week Deputy Pringle spoke with student council members at St. Catherine’s Vocational School in Killybegs. He called the conversation lively and insightful.

Deputy Pringle said: “We discussed the idea that young people are more involved in everyday life than we think, with many 16-18 year olds having part-time jobs. We explored the idea that politics is in everything that we do and affects young people more than they might initially think, from the facilities that they use to the student grants that they are entitled to.”
He added that over the past year, we have heard from articulate and determined young voices who wanted to be heard in the decisions being made about their future and safety.

He added “It should be the same in our political practices.

“I would like to thank Luke Casserly and his colleagues from the Irish Second-Level Students Union, James Doorley and team from the National Youth Council of Ireland, and the teacher and students at St. Catherine’s in Killybegs for their time, ideas and collaboration on this important bill.”

Pringle to introduce bill calling for referendum on lower voting age was last modified: May 5th, 2021 by Staff Writer