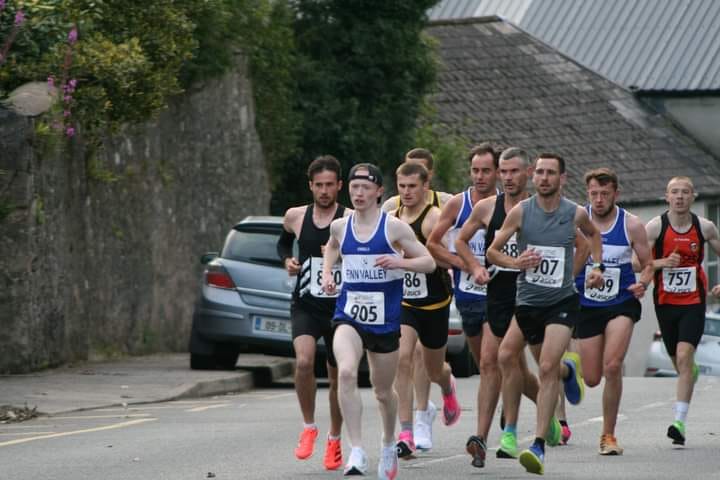 COMPETITIVE races are set to make a return for Donegal runners this month.

Due to Covid-19 restrictions in the Republic of Ireland, the race will take place across the border in Aghyaran, a popular hub for the Finn Valley AC club over the years.

“We are delighted to get back after a very difficult period and are looking forward to good engagement in the north west area,” said Finn Valley AC Chairperson Patsy McGonagle, the former Irish Athletics Team Manager.

“The response, so far, has been enthusiastic and we’re very encouraged by this.

“This 5k race is the first race in the area since the lockdown. There have been a number of virtual events, like the Cara, Ballyliffin, RunDonegal Women’s 5k and the Remembrance 10k, but this is now about getting back as near to a competitive environment as possible.”

The 5k event will be followed by a 10k on June 13 and the annual Glenmore 10 mile on July 4, details of which will be full confirmed closer to their times. A unique medallion will be give to participants at each of the three races. A beanie hat will be given to those who take part in the 10k while a special t-shirt is up for grabs at the Glenmore 10 mile.

For the May 30 5k, a ladies race begins at 10.15am with the men’s race underway at 11.05am. Pending public health guidelines on the day, it may be necessary for organisers to further split the start times for participants.

There is limited entry and chip timing will be in place on the day.

McGonagle said: “We’re delighted to be getting underway this month. Aghyaran has been hotbed for the Finn Valley club with many members, from the early days to now, coming to us.”

This race series is a part of the 50th anniversary celebrations of the Finn Valley AC, formed in 1971. Later in the year, the club hopes to have a celebration dinner while a booklet to commemorate the club’s contribution and success is being compiled.