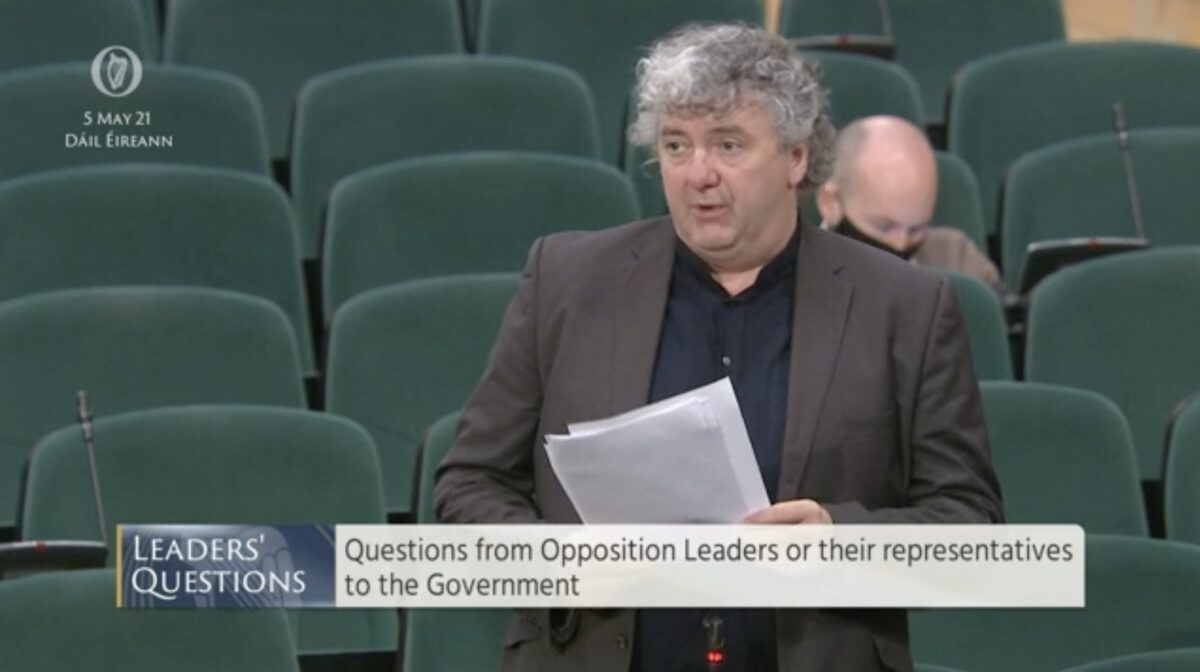 ‘What planet are you on?’ – Pringle slams garda ‘rat line’ in Donegal

Donegal TD Thomas Pringle has hit out against efforts by gardaí to shut down gatherings in Donegal.

The Independent TD has also said that government support which was promised for the county last Saturday was a ‘PR stunt’ and additional resources are still needed.

“One of the things that did not come out of that PR-stunt last Saturday is that the gardaí have set up a rat line. A garda hotline asking for neighbours to tout on neighbours. What planet are you on?,” Deputy Pringle asked the Taoiseach in the Dáil.

Gardaí have set up a rat line. A hotline asking neighbours to tout on neighbours.

People are upset and disappointed at being singled out. #Donegal has been in the highest lockdown in the country for the longest period of time.

Pringle told the Taoiseach that Donegal needs walk-in test centres and vaccine clinics, not a phoneline “that will do nothing but set back the response in the county”.

Deputy Pringle said: “Empty words and platitudes and pushing back on personal responsibility while not providing additional resources to the people of Donegal is not good enough. People are upset and disappointed at being singled out like this. Donegal has been in the highest lockdown in the country for the longest period of time. Something has to be done now.”

Deputy Pringle said the response from the online meeting on Saturday evening between Minister for Health Stephen Donnelly, Chief Medical Officer Tony Holohan and public representatives from Donegal has been disappointing, calling the meeting, “a PR exercise”. The meeting was called after public health officials said Donegal needed to turn around its high Covid-19 incidence rates.

Deputy Pringle said that during the meeting there were discussions about increasing the number of walk-in test centres and the need to locate them in around the county, in Milford, Donegal town, and Glenties, for example, so that people could access them.

He said: “I welcome the announcement that as part of the ‘enhanced response’ a self-referral testing centre will be opening in Milford Mart today. But only for three days. Additional facilities are to be announced too but will they also be for just three days at a time?”

Deputy Pringle said he has been asking about access to test centres and vaccines for people in Donegal since last year.

Deputy Pringle said: “It would be useful if what was agreed at the meeting on Saturday was actually carried out.”

The deputy also said later that access to vaccines needs to be a priority and said he has been liaising with pharmacists on the need to have them and their staff fully vaccinated as frontline workers.

He said: “Pharmacists administer the flu vaccine so why not the Covid-19 vaccine?

‘What planet are you on?’ – Pringle slams garda ‘rat line’ in Donegal was last modified: May 6th, 2021 by Staff Writer