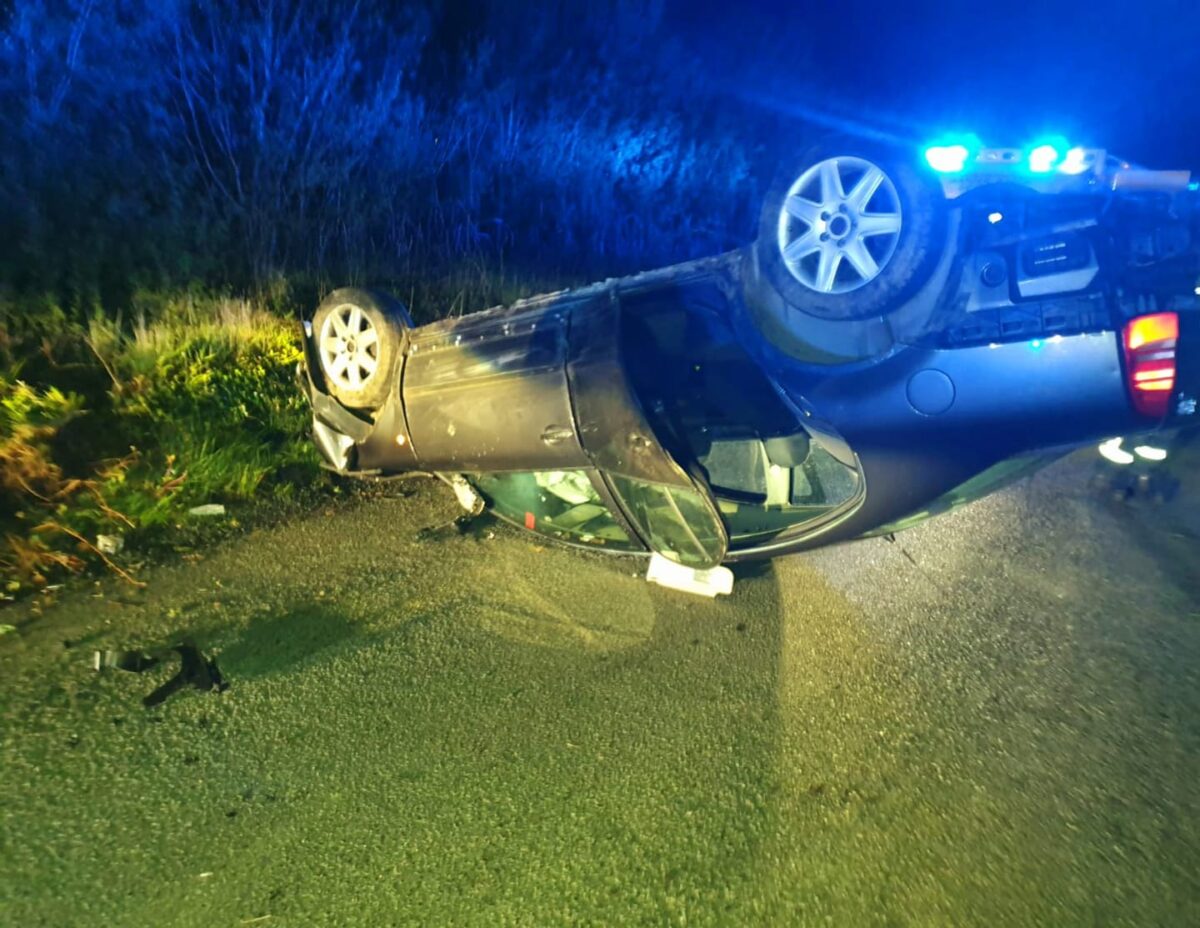 A drug-driver whose car overturned while being pursued by Gardaí faces a day in court.

The man was observed driving in a dangerous manner by Gardaí who were on patrol in the Bridgend area.

Officers from the Buncrana Roads Policing Unit signalled for the car to stop,

However, the vehicle continued in a dangerous manner before driver lost control.

After the car overturned, the driver and passenger both fled. The driver of the vehicle was arrested.

Subsequently, the male tested positive for the presence of cannabis while Gardaí also believe him to have been driving without a valid driving license or insurance.

He will go before the Courts on these charges and also faces a dangerous driving rap.