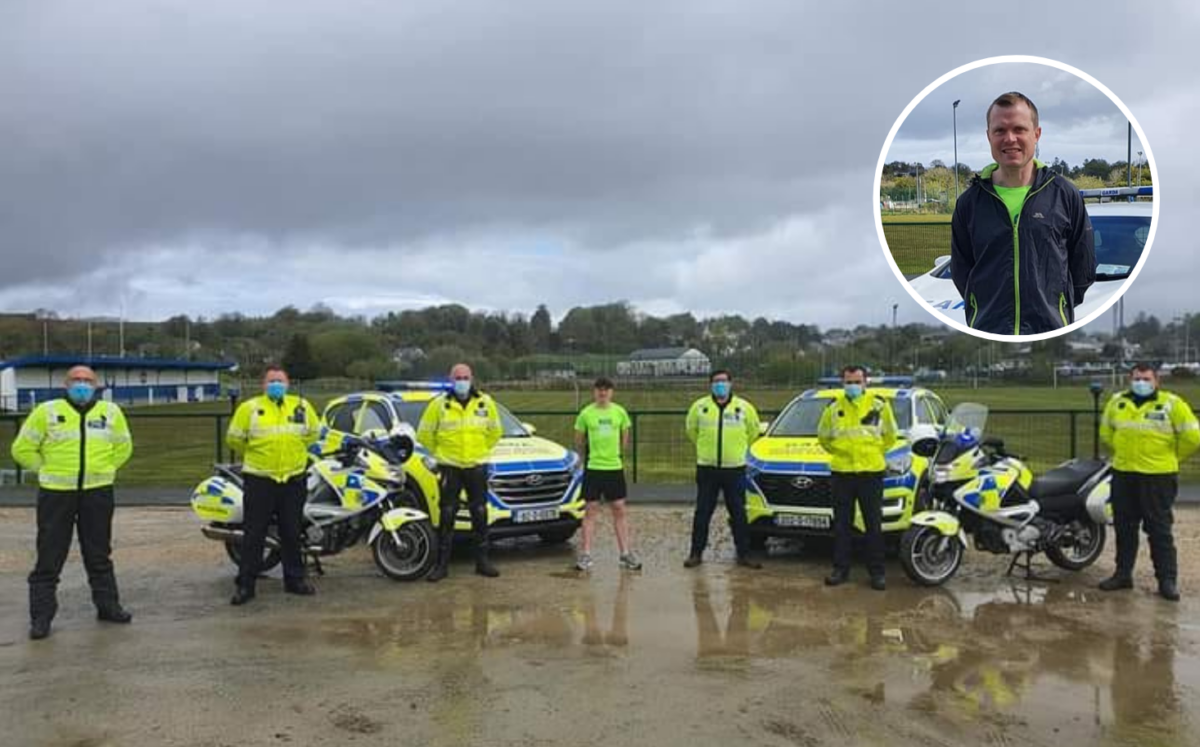 Garda completes week of half marathons in aid of paediatric ward

written by Chris McNulty May 9, 2021
FacebookTweetLinkedInPrint

A DONEGAL Garda has raised almost four times his intended target after running a knackering 161km over the last seven days.

Paddy Ryan, who is attached to the Letterkenny Roads Policing Unit, has raised over €11,000 in aid of the paediatric ward at Letterkenny University Hospital.

Garda Ryan – pictured in Milford with colleagues on Sunday – ran a little over a half marathon each day from last Monday. Initially, he set a target of €3,000, but quickly surpassed that goal.

The inspiration behind the fundraiser came from brave young Noah Gooch who is fighting Leukaemia.

When Paddy spoke to Noah’s father Lee recently, he learned that the ward is in desperate need of a essential items to make a child’s stay more comfortable.

Garda Ryan set up a GoFundMe page to enable the ward to buy: commodes for children who are having to use those designed for adults; improve waiting rooms and play areas to make them more appealing to young patients; and to purchase universal remote controls for TVs and other items to make the young patients lives more comfortable during their stay in the ward.