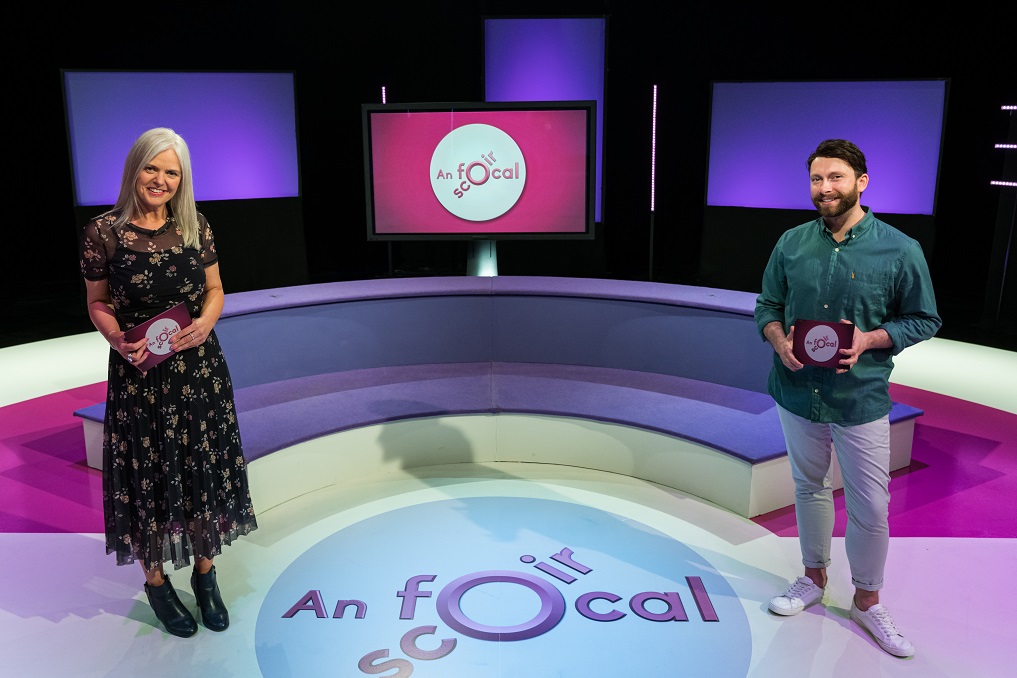 Tonight Máire Bhreathnach and reporter Seán Ó Baoill return with a new series of ‘An Focal Scoir’ on BBC.

The studio based discussion series returns at 10pm on BBC Two Northern Ireland.

Over the four weeks, An Focal Scoir will discuss and analyse topics and events that matter to communities at a local and global level during these unprecedented times.

In the first episode the panel discussion will address the legacy of maltreatment inflicted on young mothers within mother and baby homes in both Northern Ireland and the Republic of Ireland.

The conversation will tease out the societal failure that permeated throughout life for decades on the island of Ireland. Location reports include an interview with survivor Marie Arbuckle whose baby was taken from her without consent from one of these institutions.

Antaine Ó Donnaile, Series Producer, said, “We are delighted to have been able to make this high- quality studio-based series about current issues of critical importance to us all.  It is a compelling series with the highest production values that will engage people of all ages and backgrounds.”

The new four-part series is produced for BBC Gaeilge by Below The Radar TV with support from Northern Ireland Screen’s Irish Language Broadcast Fund.