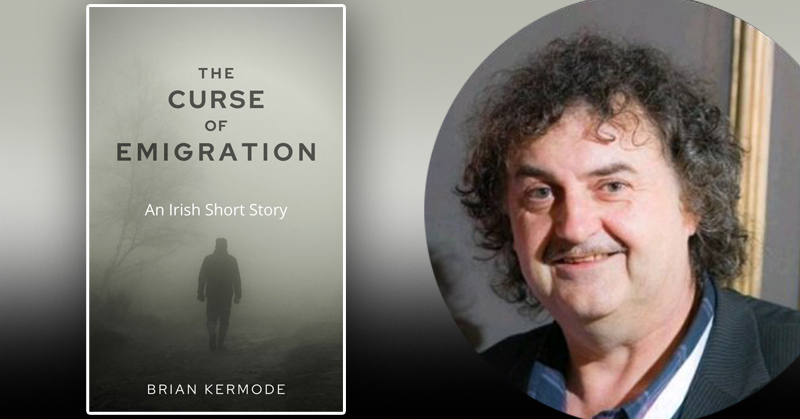 Inishowen writer Brian Kermode is celebrating the release of a captivating short story, titled ‘The Curse Of Emigration’.

Originally from Clogherhead and Drogheda in County Louth, Kermode has seen the effects of Emigration on families during the 1980’s.

He recently relocated to Carndonagh, following a brief working spell in Manchester for an Engineering company.

The Curse Of Emigration is a short story about a man called Michael Kennedy, who grew up on a small farm in the West Of Ireland. During the late 40’s and early 50’s, Ireland’s economy went into decline. Small rural farms struggled to survive and the young people coming of age were left with no other option…except emigration. Michael’s parents saved enough money that earned him a passenger fare to New York. It was here that he spent thirty years of his life working on the building sites, like many of his friends, to earn a living. Every month, he would send money home to his parents to help them get by.

One day, he received news that his mother passed away and his father died previous. Not being able to get home for his fathers funeral, he was determined to return to the West of Ireland for his mother. Thirty years had passed and it was now 1980. On his return home, he was given a letter from his mother that contained a message. A message that revealed a secret his mother had kept hidden. The Curse Of Emigration has mystery that culminates to a twist in the ending.

The short story is available to buy from the author’s website: www.briankermode.com

His full novel is due for release shortly -“The Unexpected Rebel” set during Ireland’s fight for Independence in the early 1920’s.