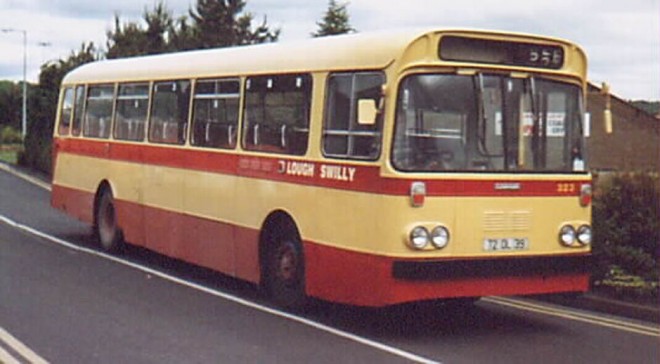 This day ten years ago, May 12th, 2011, joyriders stole a very unusual vehicle to drive across Inishowen and wreak havoc.

Joy-riders stole a 50 seater bus from a bus depot and drove it across country roads before abandoning it.

The thieves stole the 1992 yellow Lough Swilly bus from Carndonagh.

They then drove the bus for six miles around narrow country roads before abandoning it across public roads on the Isle of Doagh.

The theft only came to light when shocked motorists couldn’t get past the abandoned bus at around 5am.

A Garda spokesman said “We are anxious to hear from anyone who may have information on this theft to contact us.

“Thankfully nobody was hurt but this was a very dangerous incident which could have had much more serious consequences.”

“We just didn’t know what was happening. We thought it was broken-down and then we realised it was abandoned.

“We managed to get around it and as we were leaving the Gardai were arriving.

“We’ve often come across sheep blocking the road but never a Lough Swilly bus – that was a first,” she said.

Anybody who knows anything about the theft should contact Carndonagh Gardai on 074 93 74109.

This day in Donegal a decade ago! was last modified: May 11th, 2021 by Staff Writer