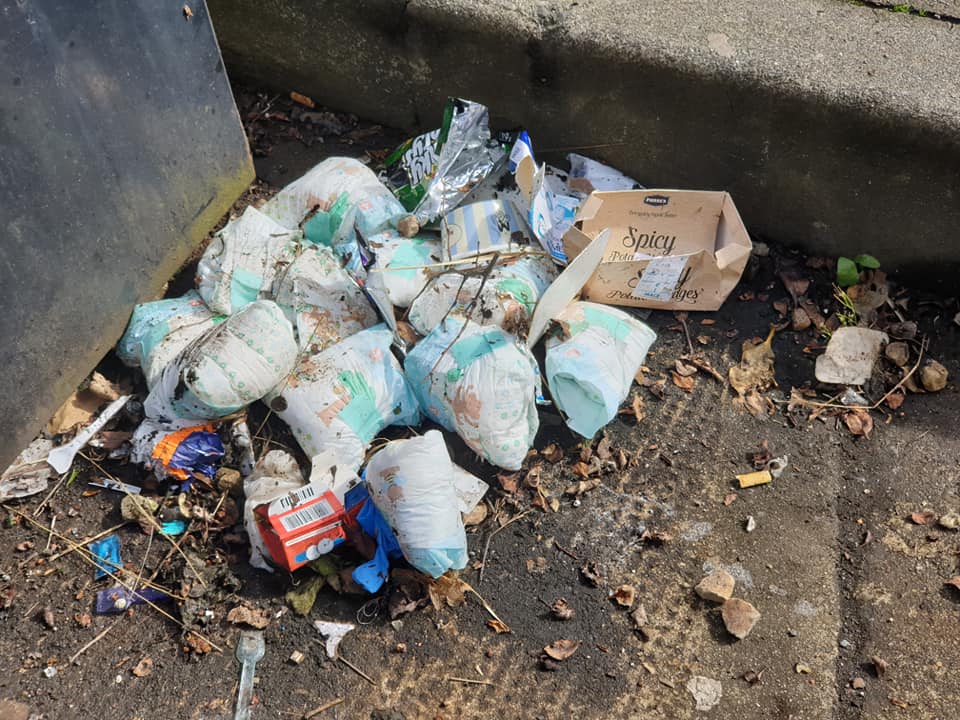 Why the residents of Dungloe aren’t very ‘nappy’

written by Chris McNulty May 12, 2021
Facebook0Tweet0LinkedIn0Print0

RESIDENTS in Dungloe were horrified to find a load of used nappies dumped on the Main Street.

The nappies were left beside a litter bin last week and has prompted anger in the Rosses town.

Donegal County Council have slammed the incident as ‘despicable’ and vowed to prosecute those responsible.

“We have to look at monies that are coming down from Government to look into illegal dumping,” Cllr McGarvey said.

“We are going to have to get the CCTV looked at and make sure that good hefty fines are issued.”

Cllr Mac Giolla Easbuig urged the Council to deal with the matter urgently.

David Friel from Donegal County Council’s Environment Section said: “I will bring the to the attention of the litter warden. We will try to identify anyone responsible and prosecute.

“It is despicable behaviour and we will pursue anybody who is at this behaviour.”

Cllr McGarvey suggested that an agreement be reached with a waste management company over the disposal of such items.

She said: “A lot of this stuff is nappies or incontinence materials. I’m very aware that this could be down to pay by weight. We could maybe look at having a bag available at a set cost and people could put that waste out every week.

“It’s an initiative that we could look at – having a service available on the door step might alleviate some of the issues. I know it won’t alleviate all of the issues, but it may help.”