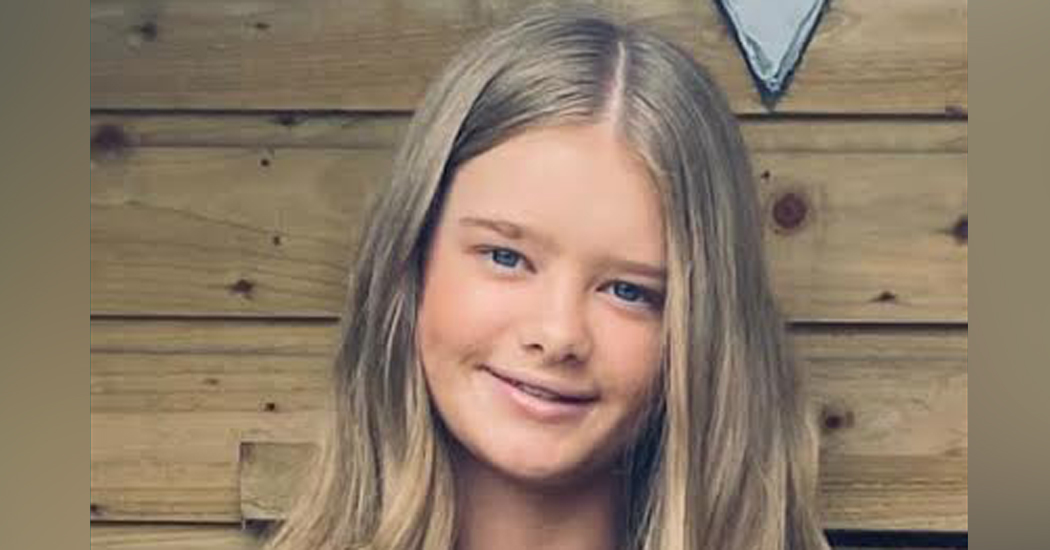 written by Staff Writer May 13, 2021
FacebookTweetLinkedInPrint

As preparations continue for the first virtual North West 10k the focus is on raising as much money as possible for the two charities who this year are the Donegal Diabetes Parents Support Group and the No Barriers Foundation.

Just over two years ago Ellie May the eldest daughter of Lucia and Martin Temple was diagnosed with Type I diabetes. It was Easter time and her mum Lucia spotted a change in the 11-year-old’s behaviour. Ellie May was a very active girl but suddenly she stopped all sports. She was eating a lot more, drinking large amounts of water but Ellie May wasn’t putting on any weight.

As a result Lucia and her husband Martin took their 11-year-old , a pupil at Illistrin National School, to the GP. An instant test revealed that Ellie May had Type I diabetes. It occurs when the beta cells of the pancreas gland stop producing the hormone insulin. As a result there is a need to take insulin by injection to manage the condition.

Lucia Temple says naturally it was a big shock as parents to learn of the diagnosis and of the significant changes Ellie-May and themselves. “It was a big shock for us because there was no history of diabetes on either side of the family. But, I had thought it might be diabetes because I noticed those changes in Ellie May. But it all happened so quickly then with the test being instant. It was up to Letterkenny hospital right away and she was in for a week. Ellie May has accepted it very well and after the first day in the hospital she was even doing the injections herself. She wanted to get out for her 12th birthday which was on the 3rd of May and she did. The day she got out she wanted to run in the Illistrin 5k which we weren’t so sure about. But she ran and got a good time” Lucia said. 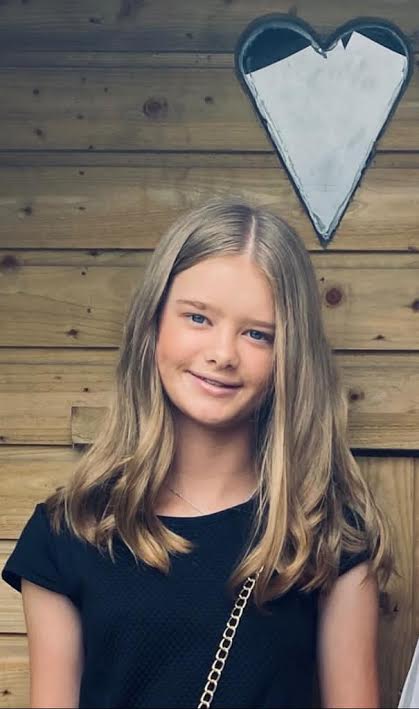 It was a case of availing of all the supports to make life as normal as possible again. The staff in the hospital were excellent and one of the important phone numbers they had for the Temples was the Donegal Diabetes Parents Support Group. “It was very helpful to meet and talk to other parents who have children with diabetes. Ellie May was able to meet a couple of other girls with it at a fun event in Arena 7 in December 19 and that was good for her. There was a family weekend organised for Bundoran but that had to be cancelled due to the Covid which was disappointing at the time. But it has gotten easier and we’re more educated now about it” Lucia said.

One of the people who was able to give a lot of very practical advice was Paul Gillespie in Letterkenny who has a wealth of knowledge on diabetes through his own family and a well known campaigner for better services locally for those with the condition. Just nine months later Ellie May was diagnosed with the coeliac condition which is an immune reaction to eating gluten, a protein found in wheat, barley and rye. If you are a coeliac, eating gluten triggers an immune response in your small intestine and that means extreme caution for Ellie May with her diet.

But, she is resilient, well organised and determined. She loves her sport which has been curtailed due to Covid-19. “She is with Swilly Seals but swimming is stopped because of Covid. Ellie May has managed to keep going at the athletics. Denis Shiels at Letterkenny AC has been good organising things every week. Sport is good for anyone with Type I diabetes” Lucia said.

Ellie May is now a second year student at Loreto Convent in Letterkenny and she’s getting on well. “She is getting on good and there is another girl in the class with diabetes that she gets on well with. She has to give herself five injections a day and there is one 24-your injection. We’re hoping to get the pump which would be good for school. It would mean she hasn’t to leave the classroom for the injections.”

The pump is another way of delivering insulin rather than using a syringe or pen. It is a small programmable battery-powered device that is worn externally.

Raising awareness at school is also important and Lucia and Martin were delighted to hear last week that during a Home Economics class the teacher spoke about diet as it relates to diabetes and those with coeliac.

The Donegal Diabetes Parents Support Group is dedicated to helping families of children with diabetes. That is done through providing support, education and motivation. It is also done by raising public awareness of diabetes and its symptoms along with the challenges that it presents. They also strive to support funding research into finding a cure for the condition. Lucia and Martin Temple have really seen the benefits of being involved in the group.

“It is great for families to have that support. It gives us an opportunity to talk and learn about the supports. We’re better educated now,” said Lucia. Ellie May has three younger sisters Sophie, Isabelle and Olivia.

Entries are now being taken for the 24th North West 10k which will be held virtually for the first time on Bank Holiday Monday the 7th of June. Runners and walkers can enter at https://www.njuko.net/nw10k2021.

The other charity who will benefit this year is the No Barriers Foundation. North West 10k Chairperson Neil Martin has praised the work of the two charities and is encouraging runners and walkers at all levels locally, nationally and abroad to sign up and support two very worthy causes.

“It’s the first time the North West 10k will be held virtually so we will be making a bit of history that way. For the committee it is all about the two charities which this year is the Donegal Diabetes Parents Support Group and the No Barriers Foundation. It is very encouraging to see this story from the Temple family about the positive impact the Diabetes Parents Support Group has been in helping them. We want to see as much money coming to help these two charities with their work and it also raises awareness about the positive contribution they make to improving the quality of life for those with diabetes or a disability.  This is the 24th North West 10k and next year we will be celebrating our 25th anniversary so runners and walkers who take part in both will be part of two very special 10ks,” Mr Martin said.

Entries are now being taken online at https://www.njuko.net/nw10k2021. For further information go to www.northwest10k.com