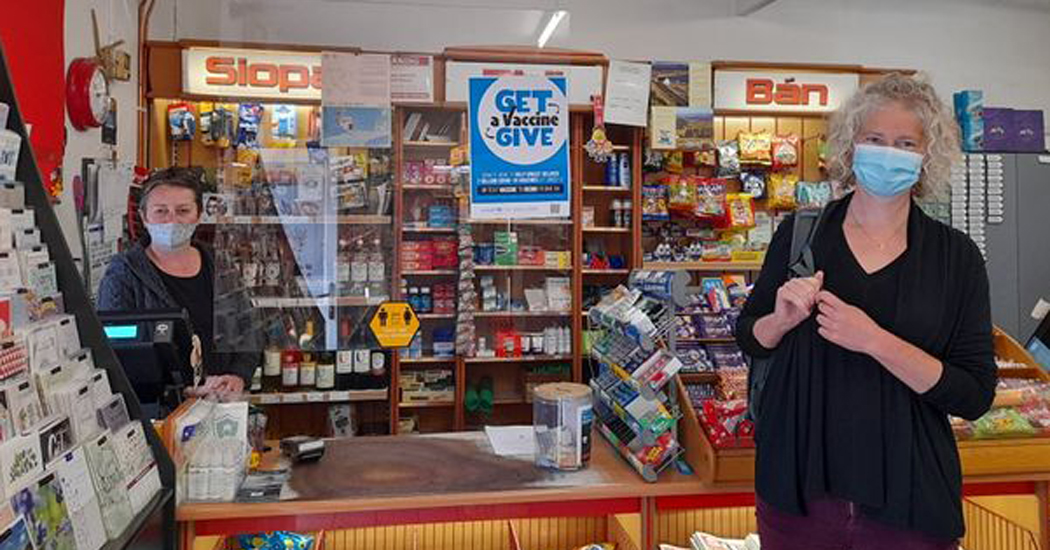 written by Rachel McLaughlin May 13, 2021
FacebookTweetLinkedInPrint

Arranmore Island residents have been praised for inspiring massive levels of goodwill to fund vaccines for people in need.

The community has wholeheartedly adopted UNICEF’s “Get a Vaccine, Give a Vaccine” appeal in recent weeks.

With half of the 450-strong island population now vaccinated, locals decided to raise money to give back and help UNICEF buy and deliver vaccines to the world’s most vulnerable and at-risk populations.

Up to €2,000 has been raised so far, which will protect 400 people from COVID-19 in countries that are at risk of getting left behind.

Elaine Barney Boyle said the campaign would never have happened only for Dr Victoria Bradley, who has been administering vaccines on the island. 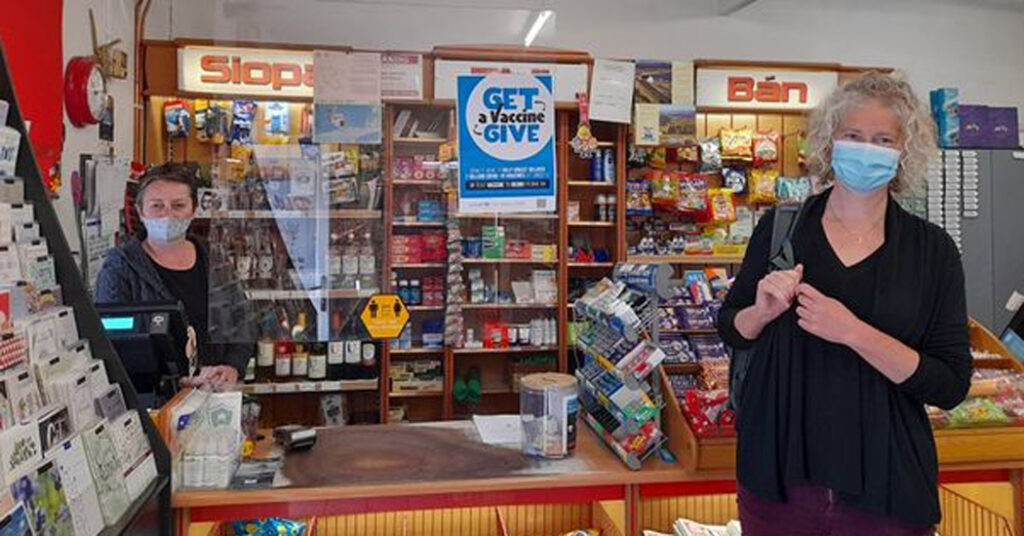 “Dr Bradley got the ball rolling asking the local shops, post office and the health centre to put in collecting boxes for UNICEF “Get a vaccine give a vaccine” campaign,” Elaine said.

“Then Sally Brady messaged to say maybe the Walk of Remembrance committee should do a bonus ball to help them out. So in a short space of time there was nearly €2000 raised. This amount is continuing to grow.”

National media coverage has helped boost the fundraiser even further, and many more communities are now eager to get involved.

“This is UNICEF’s largest vaccination campaign in its history,” Elaine said.

The charity has contact Elaine to say they were “blown away by the response” and “there’s been a huge surge in donations since the news report at the weekend. There is a real sense of hope about what they can achieve if that continues. The community on Arranmore is leading the push.”

Elaine says the entire campaign has made her “so proud of Arranmore, its people and its solidarity.”

“It’s no wonder I never wanted to leave,” she said.

Elaine has spent all her life on Arranmore, except for her “wee stint” in college in Sligo. The pandemic, she said, has highlighted the importance of working together to make this small world a better place.

“Maybe our ancestors were right when they said “That Ireland was a small island off the coast of Arranmore.”