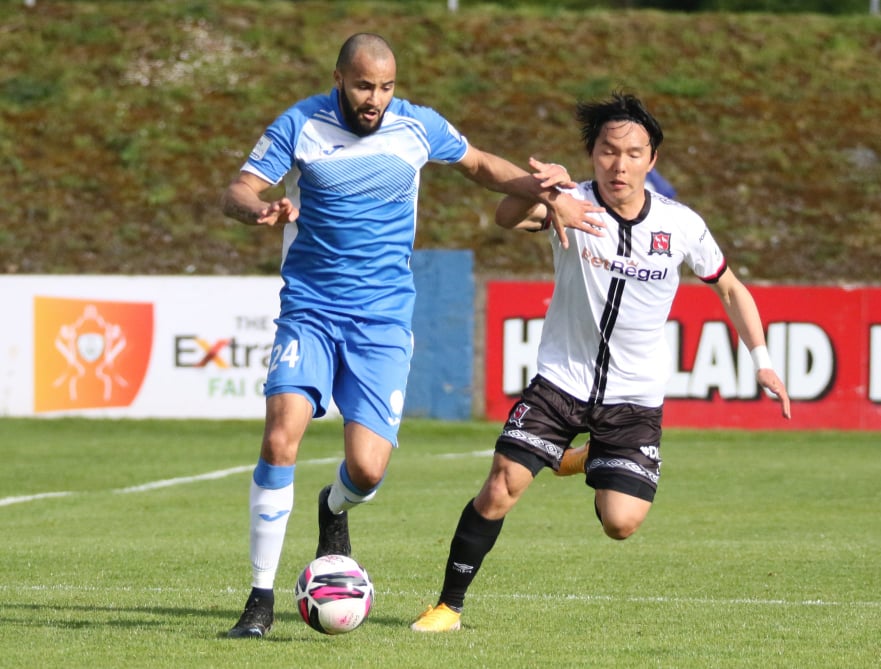 PAUL Hegarty pointed to a new belief that is coursing through the veins of Finn Harps.

Although they had to cling by their fingernails to a one-all draw with Dundalk last evening, a share of the spoils continues their encouraging campaign.

After a 4-0 defeat by Bohemians last weekend, a result that was out of sync with their usual stubbornness, Harps impressed in the first half to lead through Barry McNamee’s cracker.

Ole Erik Midskogen drew Dundalk level and, while the Lilywhites had a series of late chances, they couldn’t muster a winner.

“I thought that we more than merited a point out of the game,” Hegarty told Donegal Daily/Donegal Sport Hub.

“Some of our build-up play in the first half was excellent. With a bit of luck, we could have been 2-0 up.”

McNamee’s sumptuous strike on 19 minutes had Harps in front and Karl O’Sullivan was a whisker from doubling the advantage.

Hegarty said: “The first half, we can’t play much better. That’s probably as good as we’ve played since I came to the club. we passed the ball really well, we cut them open and maybe the final pass was a wee bit too slow or behind a player. We just didn’t get the final ball right.

“We were always trying to go and win the match, even at 1-1.

“I have to give them tremendous credit. They have a wee bit of belief in themselves at the minute and they’re backing themselves against very good teams.”