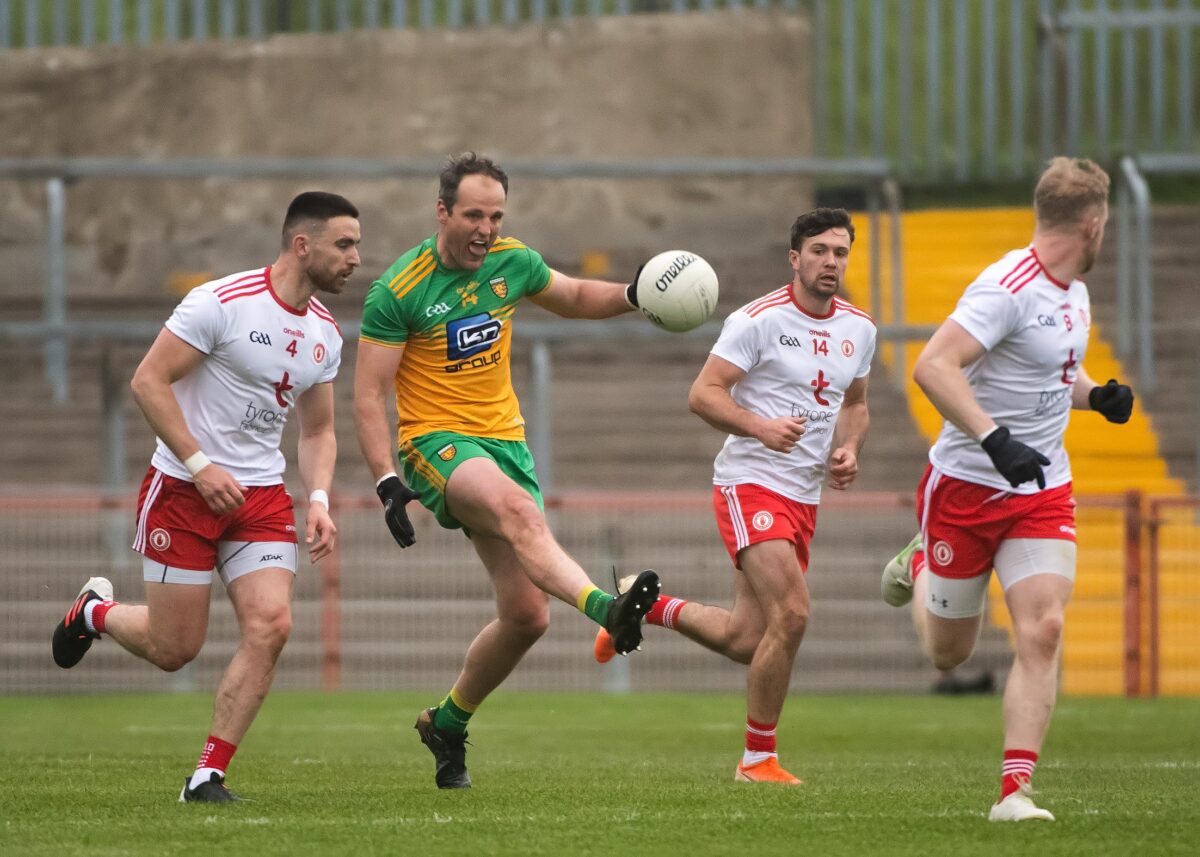 Listen: ‘It was the first time in a long time there was a lot of doubt’ – Murphy

written by Chris McNulty May 16, 2021
FacebookTweetLinkedInPrint

AS MICHAEL Murphy made for Omagh yesterday, some doubts began to creep into the mind.

Donegal ended a long-lay off of almost six months – 175 days to be precise – with a fine win over Tyrone.

Having had to stew for so long since the Ulster final defeat to Cavan, their last competitive outing, it was unchartered waters.

“The big feel in his getting 70 minutes under our belts and it’s an added bonus getting the victory,” Murphy told Donegal Daily/Donegal Sport Hub.

“It was the first time in a long time, coming up the road to a game, individually and collectively, there was a lot of doubt there in terms of where we were at.

“We’re just happy to be back out there.”

Donegal Sports Talk · Michael Murphy after Donegal beat Tyrone
Listen: ‘It was the first time in a long time there was a lot of doubt’ – Murphy was last modified: May 16th, 2021 by Chris McNulty
FacebookTweetLinkedInPrint
Tags:
2021 Allianz LeagueDeclan BonnerDonegal GAAMichael MurphyTyrone